UFC – Tyron Woodley To Israel Adesanya: I Want To Knock Your Block Off 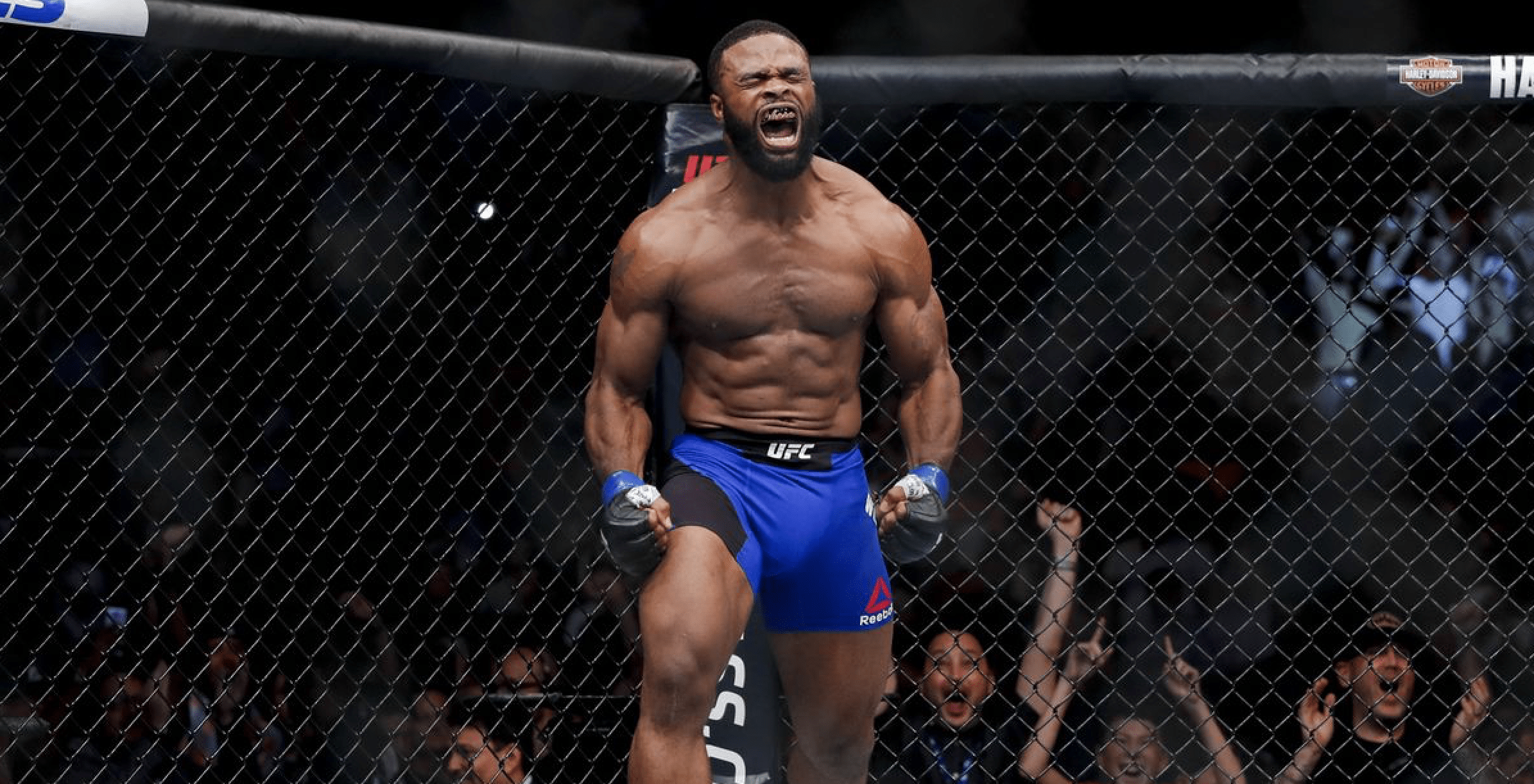 Tyron Woodley was scheduled to take on Leon Edwards last month at UFC London, but the fight was cancelled due to the coronavirus outbreak. Ahead of the UFC planned return on May 9th, the former UFC welterweight champion is without an opponent, despite repeatedly trading blows with numerous fighters in interviews and on social media in recent months

Not content with going back and forth with several fighters in his own weight class, Woodley recently made some comments on Instagram Live (as transcribed by MMA Fighting), where he said he plans to reclaim his UFC 170lbs title, clear out the division and then move up to middleweight to challenge Israel Adesanya.

“I don’t think [Adesanya] is as dope as everybody is saying. I think he’s great, but everyone is making him out like he’s some phenomenon,” Woodley said. “I’ve seen some exposure in the [Kelvin] Gastelum fight — somebody I walked through. I’ve seen some exposure in the Yoel Romero fight, he’s scared of guys with power. One thing that Yoel and I have in common — not the same — is power, explosiveness. It didn’t seem like he was trying to deal with that at all.”

This resulted in somewhat of a Twitter beef between Woodley and Adesanya, along with his teammate, Dan Hooker.

Speaking to The Score, Adesanya then accused Woodley of calling him out because he’s broke.

“Tyron’s reaching because he’s broke or he’s about to be broke, so he’s just like, ‘I need anyone that’s not Leon Edwards, anyone that can just be a big cash grab’”.

On hearing Adesanya’s comments, Woodley hit back at the UFC middleweight champion.

Earlier this week, UFC welterweight champion Kamaru Usman accused Woodley of picking and choosing his fights. And while hitting back at Adesanya, ‘The Chosen One’ took the time to deny the 170lbs champion’s comments.

Not content with hitting back at Adesanya and Usman, Woodley threw shade in the direction of Colby Covington, accusing him of demanding $5 million to fight him.

But Woodley hadn’t finished there. After Edwards accused him of avoiding rebooking their UFC London main event, Tyron said he wasn’t going to waste his time calling out the Brit, when he can’t enter the US currently, due to the travel restrictions put in place as a result of the coronavirus.

Who would you like to see Tyron Woodley fight next?