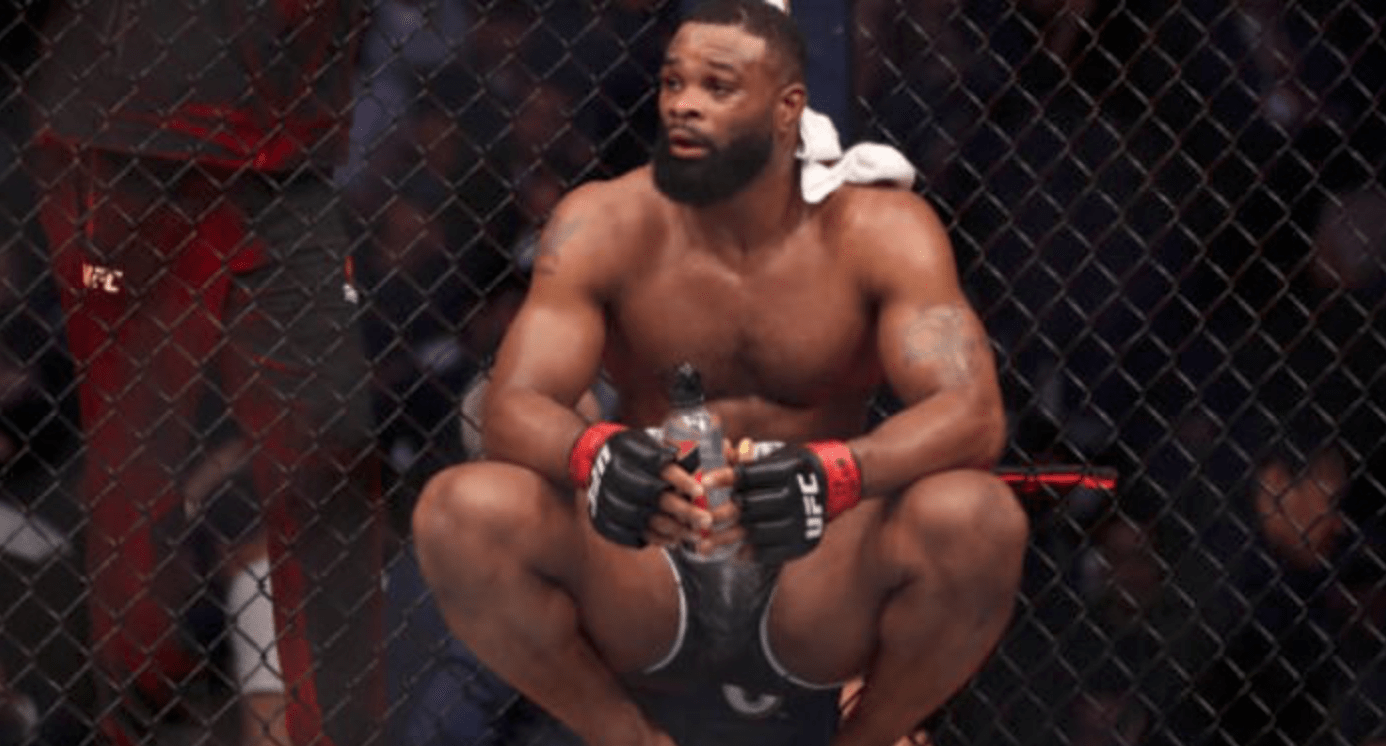 In the midst of the coronavirus pandemic, we’re advised to stay indoors and wait it out. You can read a book, watch some movies, exercise, or if you’re Tyron Woodley, start a fight. The former UFC welterweight champion has been busy. First there was the beef with Usman, followed by Covington and now with UFC middleweight champion, Israel Adesanya.

Woodley and Adesanya have been going back and forth since ‘The Chosen One’ stated that he intends to win back the UFC 170lbs belt, clear out the division and then move up to challenge ‘The Last Sylebender’ at 185lbs.

Speaking on his Hollywood Beatdown Show on TMZ Sports (as transcribed by MMA Fighting), Woodley defended himself for calling out Adesanya.

“In addition to trying to stay ‘rona free, I’m trying to stay f***boy free too, and it seems like there’s a lot of that going on in the UFC,” Woodley said.

“Israel Adesanya, we can start with him because he’s probably got the most juice right now out of all the fighters. . . So the question that was posed to me – and it’s been asked many, many times – would I ever move up to go to middleweight? And my answer is yes. My answer’s gonna be yes whether Israel’s f***ing sitting next to me, it’s gonna be yes whether Dana asks me, or a f***ing person from around the corner, Sam sausage-head from the alley. No matter who asks me, I’m gonna say yes because if you want to be one of the best fighters on Earth, you have to fight the best. Many fighters have bumped up weight classes, dropped down weight classes, and shuffle around to prove that they’re the baddest man alive. They’ve done it in boxing, they’ve done it in mixed martial arts, you see that theme that fighters are trying to attack that double belt in the UFC. So of course.

“How many times have I said that Israel Adesanya, he’s a stud, he’s a star, and given him kudos? A lot. So I think he took it personal. He’s really sensitive and when somebody starts getting in their feelings – I had the same situation with Robbie Lawler – that means there’s a little bitch in the blood, and now I want to test it out.”

Woodley and Lawler met at UFC 201. The pair walked into the fight with high tension, as they were both teammates at American Top Team at the time. The fight ended with Tyron viciously knocking out ‘Ruthless’, to win the UFC welterweight title.

With a proven record of stopping formidable stand-up strikers, it’s no surprise that Woodley is confident. He believes he’s the man to put an end to Adesanya’s unbeaten record in MMA.

“When I look at Israel, I got to look at his weakness. And his weakness may not be something that we’ve seen exploited, but it’s something that he’s protecting,” Woodley said. “It’s a reason why he fights so hard after getting taken down, it’s a reason why he wants to keep the fight standing: because that’s what he does best. But look at the fight against Kelvin Gastelum. Kelvin Gastelum, for much of that fight, was winning. I don’t know if you recall when I fought Kelvin ‘Fatselum’ but I fought him when he was at middleweight and I was at welterweight and my fight didn’t look nothing like that. I came out there, face clean, broke my foot in the first round, and I made pretty easy work of Kelvin Gastelum. That was a Fight of the Year candidate.

Adesanya is expected to defend his title against Brazilian juggernaut Paulo Costa next. While Woodley and Gilbert Burns have both said that they’ve agreed to meet in the main event of the UFC’s May 23rd card, in Jacksonville, Florida. Not that it’s stopped ‘The Chosen One’ from calling out the UFC middleweight champ.

“Israel quit being a little bitch, quit being whiny,” Woodley concluded. “If you ever want to do it, you know how to get in touch with me. I ain’t hard to find.”

Would you like to see Tyron Woodley move up to challenge Israel Adesanya?