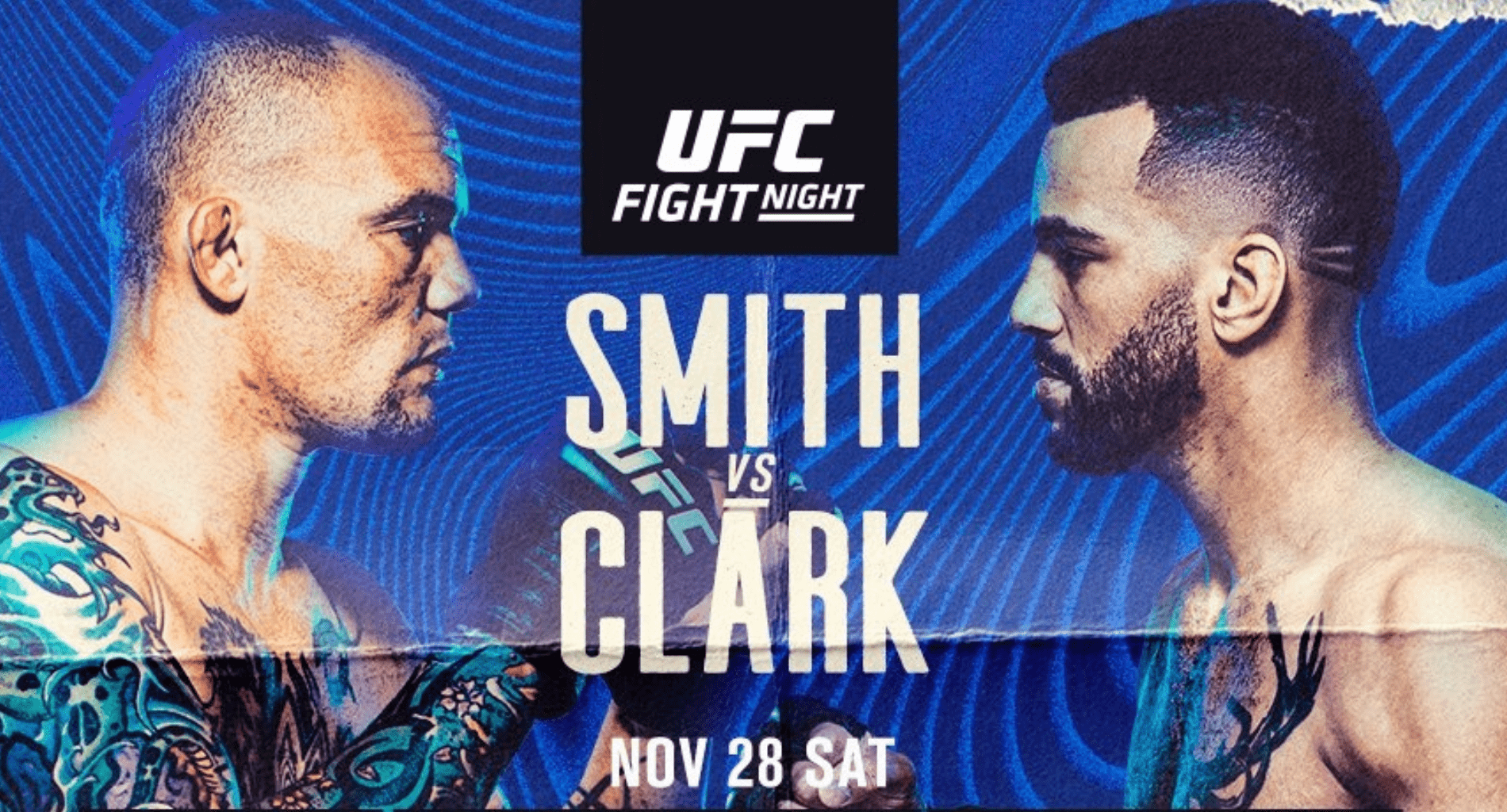 UFC Vegas 15 goes down on Saturday night at the APEX Center. Curtis Blaydes and Derrick Lewis were originally scheduled to headline the card, but ‘Razor’ tested positive for the coronavirus hours before the weigh-ins, resulting in the top five heavyweight clash being scrapped. It is believed that it will be rebooked for early 2021.

As a result, the light heavyweight clash between Anthony Smith and Devin Clark is the new main event. ‘Lionheart’ will be looking to get back to winning ways, after back-to-back losses to Glover Teixeira and Aleksandar Rakic earlier this year. ‘Brown Bear’ on the other hand, is coming off back-to-back wins against Dequan Townsend and Alonzo Menifield in 2020.

In the new UFC Vegas 15 co-main event, Miguel Baeza and Takashi Sato face off in a welterweight contest. ‘Caramel Thunder’ goes into the fight with a perfect 9-0 record, the last two of which came inside the UFC Octagon. Most recently, scoring a second round TKO victory over Matt Brown at UFC Florida. His 30 year old Japanese opponent scored a first round TKO in his last fight at UFC Vegas 4 against Jason Witt.

This Is How The MMA World Reacted To UFC Vegas 15:

The UFC returns next weekend with UFC Vegas 16, which features a fun top 15 middleweight matchup between Jack Hermansson and Marvin Vettori in the main event.