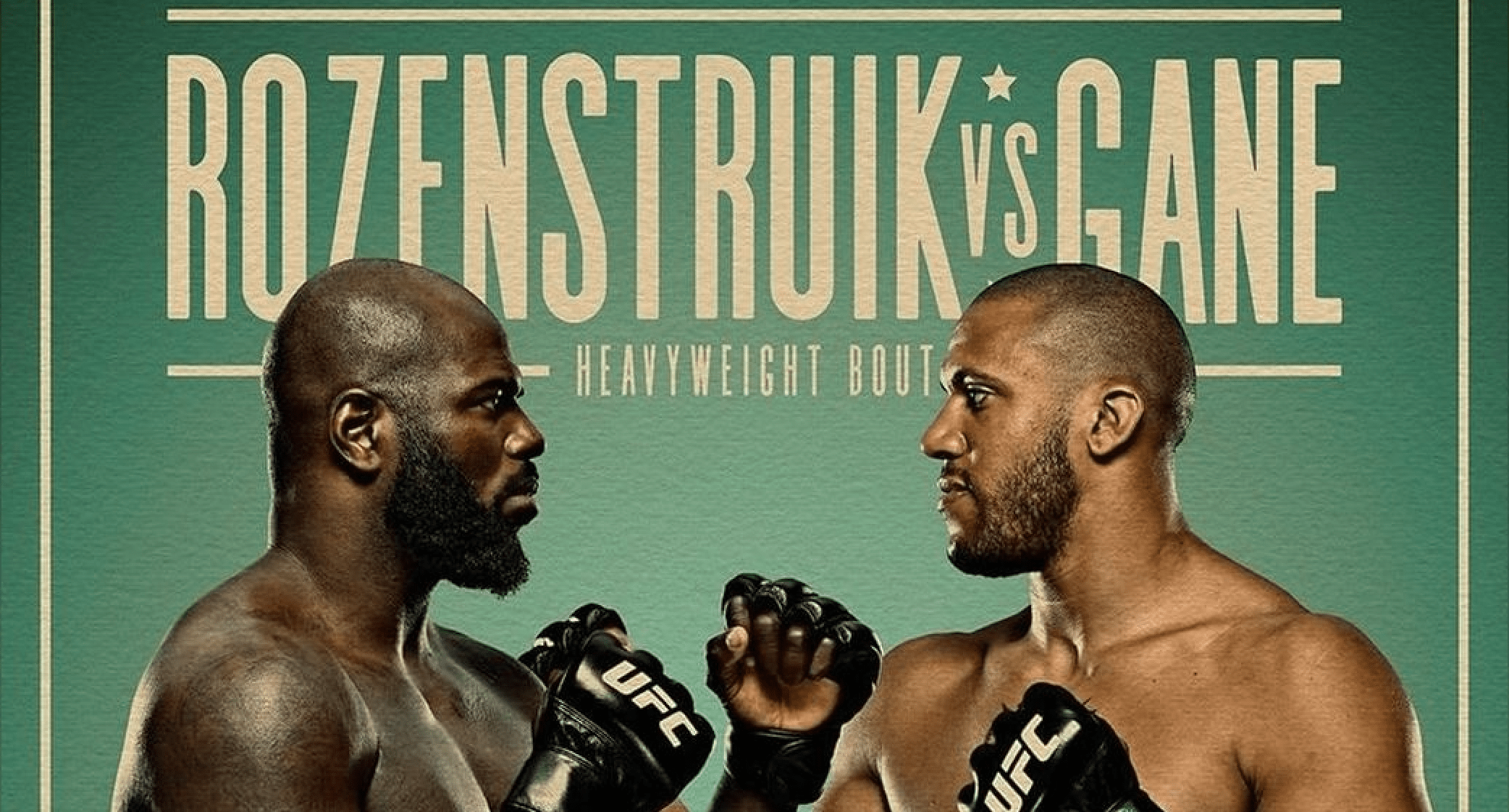 UFC Vegas 20 goes down on Saturday night at the APEX Center in Las Vegas. The second UFC card in a row to feature heavyweights headlining will see top ten contenders Jairzinho Rozenstruik and Ciryl Gane battle it in the main event.

In his last outing to the Octagon, Rozenstruik rebounded from the first loss of his professional MMA career to Francis Ngannou, by stopping Junior dos Santos in the second round at UFC 252. Gane is also coming off a second round TKO win over the Brazilian former champion at UFC 256. The win extended 30 year old Frenchman’s undefeated record to 7-0.

In the UFC Vegas 20 co-main event, Nikita Krylov face off Magomed Ankalaev in a light heavyweight contest. The Ukrainian is coming off a unanimous decision win over Johnny Walker at UFC Brasilia on year ago. The Russian is on a five fight win streak, including a first round knockout of Ion Cutelaba in their rematch at UFC 254 in his last visit to the Octagon.

Ashely Yoder’s strawweight clash with Angela Hill was scrapped on fight day after one of ‘Spider Monkey’s’ corner tested positive for COVID. It will now take place at UFC Vegas 21 on March 13th.

This Is How The MMA World Reacted To UFC Vegas 20: