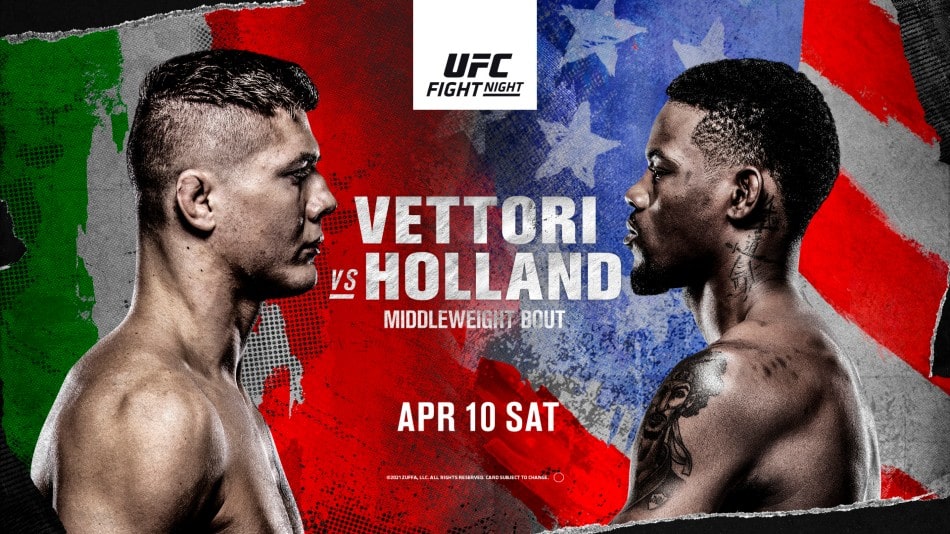 UFC Vegas 23 goes down on Saturday at the APEX Center. The promotion’s second event to be broadcast by ABC will see a top ten middleweight contest between Marvin Vettori and Kevin Holland in the main event.

Vettori was originally scheduled to face Darren Till, but the Brit broke his collar bone and Holland agreed to step in on less than two weeks’ notice to save the main event. ‘The Italian Dream’ is on a four fight win streak, most recently winning an impressive unanimous decision against Jack Hermansson in the UFC Vegas 16 main event last December. After going 5-0 in 2020, ‘Big Mouth’ will look to get back to winning ways after losing a one-sided unanimous decision to Derek Brunson three weeks ago at UFC Vegas 22.

Elsewhere on the main card, Sam Alvey returns back to middleweight where he hopes to end his run of five fights without a win against Julian Marquez, Nina Nunes takes on Mackenzie Dern in an all Brazlian strawweight bout, and Mike Perry faces Daniel Rodriguez.

This Is How The MMA World Reacted To UFC Vegas 23:

The UFC returns in next week with UFC Vegas 24, which will feature a top ten middleweight clash between the former champion Robert Whittaker and Kelvin Gastelum in the main event.