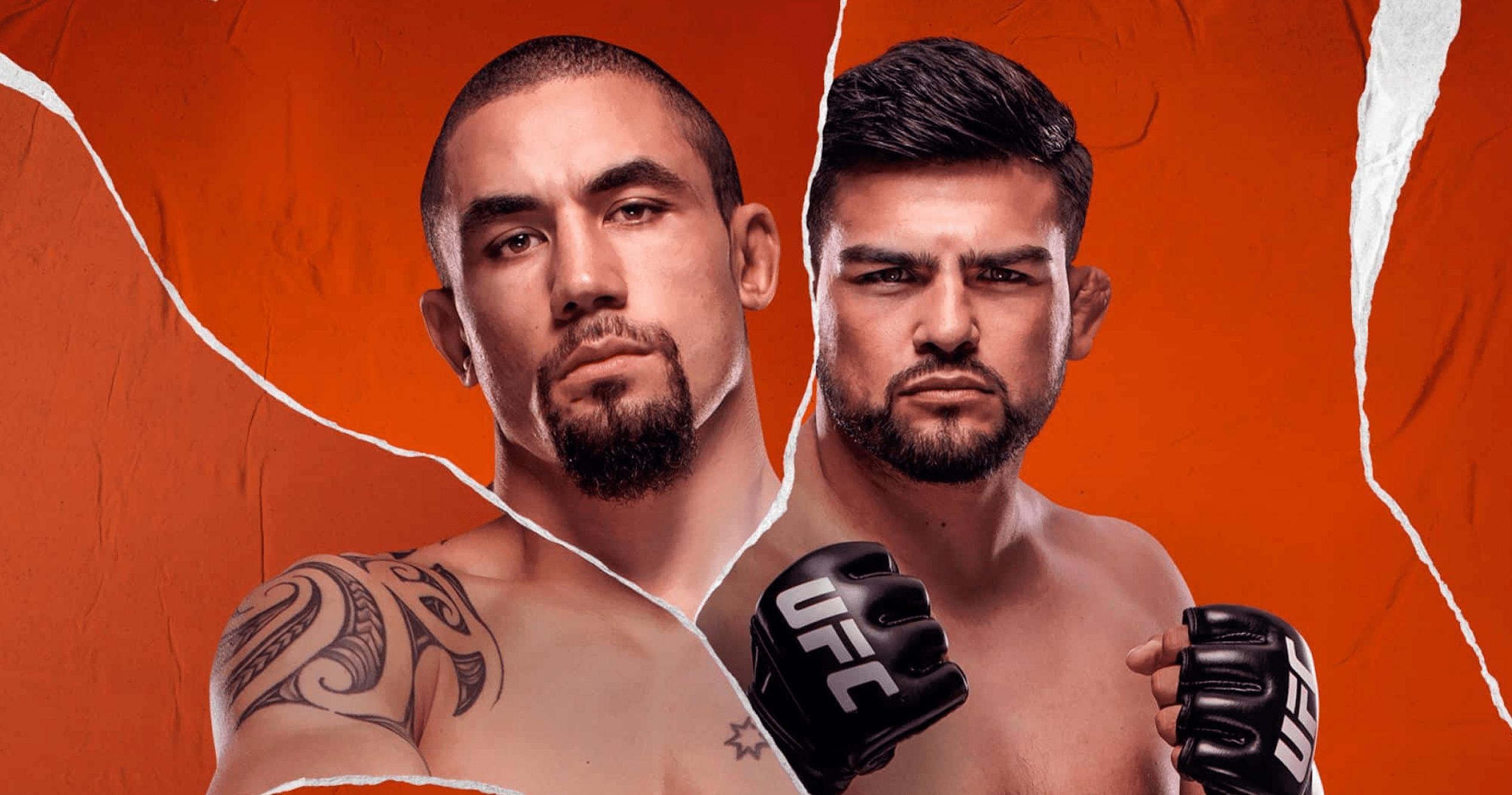 UFC Vegas 24 goes down on Saturday night at the APEX Center. In the main event, Robert Whittaker faces Kelvin Gastelum in a top ten middleweight contest, two years after they were originally scheduled to fight.

Gastelum was set to challenge Whittaker for the middleweight title at UFC 234, but the then champion was hospitalised on the day of the fight for emergency surgery on an abdominal hernia.

Eight months later, Whittaker returned at UFC 243, where he lost his title to Israel Adesanya. Since then, the 30 year old has scored impressive back-to-back wins over Darren Till and Jared Cannonier. Following UFC 234, Gastelum lost his next three fights, before getting back to winning ways earlier this year at UFC 258 against Ian Heinisch.

Whittaker was originally scheduled to fight Paulo Costa in the UFC Vegas 24 main event, but the Brazilian was forced to pull out after catching the flu. As a result, Gastelum stepped up on one months’ notice.

In the UFC Vegas 24 co-main event, Jeremy Stephens returns back up to lightweight for the first time since 2012 to face Drakkar Klose, who is looking to bounce back from being knocked out by Beneil Dariush at UFC 248. ‘Lil Heathen’ will also be looking to get back to winning ways, having gone five fights since his last win.

Jeremy Stephens vs. Drakkar Klose – Klose was pulled from the card on fight day

This Is How The MMA World Reacted To UFC Vegas 24:

The UFC returns in next week with UFC 261, which will feature three title fights. Kamaru Usman defends his welterweight title in a rematch with Jorge Masvidal, Jessica Andrade challenges Valentina Shevchenko for the flyweight title, and Zhang Weili puts her strawweight title on the line against Rose Namajunas.