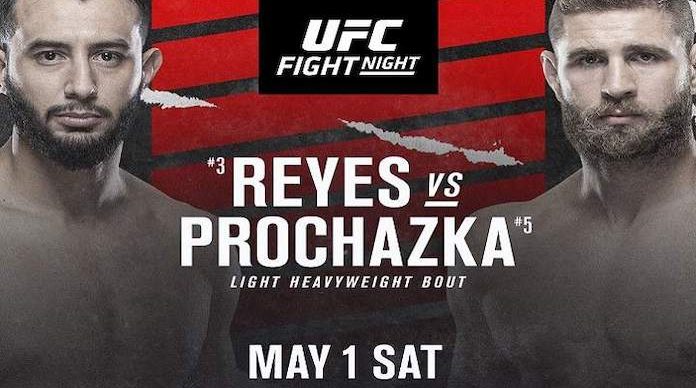 Having gone 12-0 in his career, Reyes is coming off back-to-back losses to Jon Jones at UFC 247 and Jan Blachowicz at UFC 253. On both occasions, the light heavyweight title was on the line. Prochazka goes into the fight on an eleven fight win streak and is coming off a second round knockout against Volkan Oezdemir in his promotional debut at UFC 251.

In the UFC Vegas 25 co-main event, Cub Swanson and Giga Chikadze face off in an exciting top fifteen featherweight encounter. The 37 year old Californian is coming off a knockout win against Daniel Pineda at UFC 256. While the 32 year old Georgian is on a coming off a TKO win against Jamey Simmons at UFC Vegas 13 and remains unbeaten inside the Octagon.

Luana Pinheiro defeats Randa Markos via first round disqualification due to an illegal upkick (4:16)

We will continue to add videos in the hours and days that follow the main event.

This Is How The MMA World Reacted To UFC Vegas 25:

The UFC returns next weekend with UFC Vegas 26, which will see Michelle Waterson vs Marina Rodriguez in the main event, after TJ Dillashaw was forced out of his bantamweight clash with Cory Sandhagen due to a cut on his eyebrow.