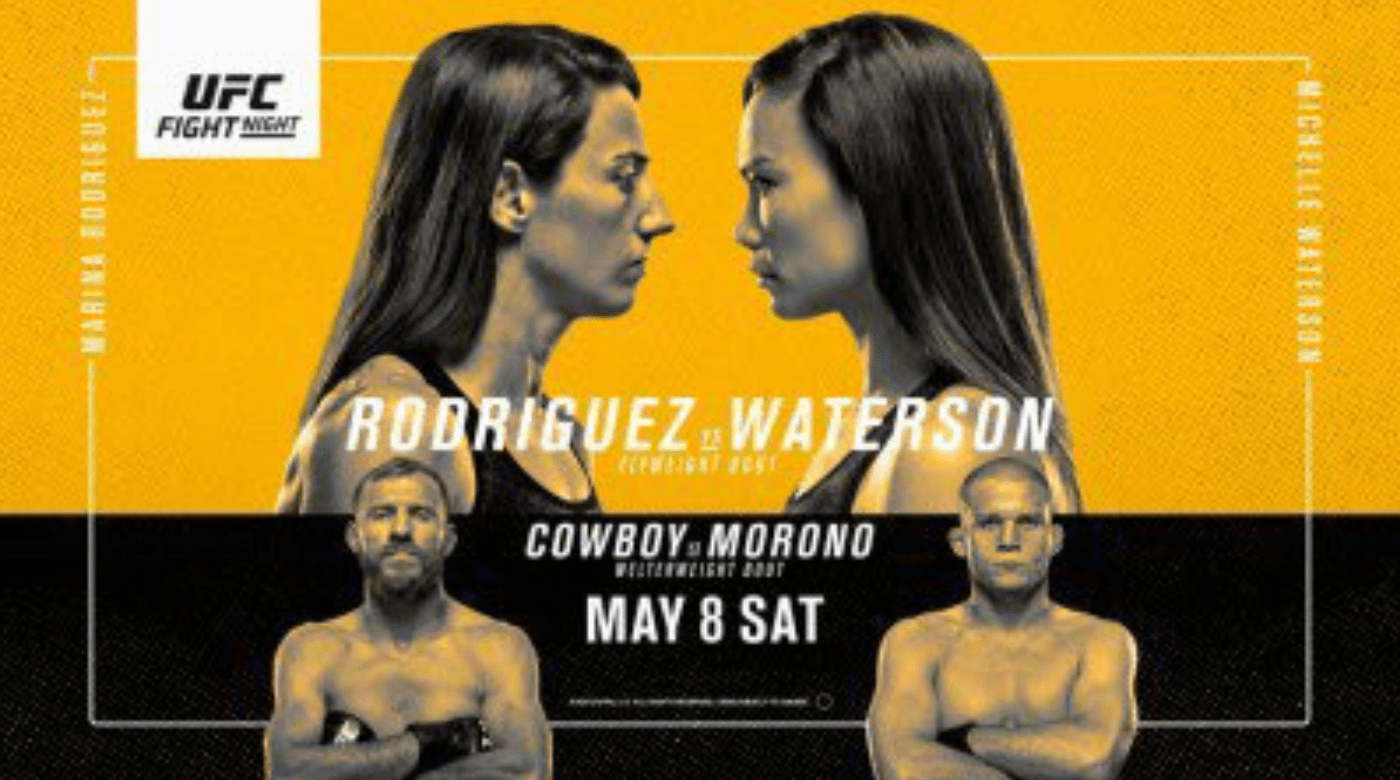 UFC Vegas 26 goes down on Saturday night at the APEX Center. In the main event, top ten strawweights Marina Rodriguez and Michelle Waterson face off in a short notice flyweight encounter.

The card was originally set to have Cory Sandhagen vs TJ Dillashaw in the main event, but the former champion suffered a nasty cut on his eyebrow a week ago and was forced out. Diego Sanchez was also set to fight ‘Cowboy’ Cerrone, but The Ultimate Fighter season one winner was released from the promotion after he failed to certify that he was medically fit to compete.

Instead, ‘Cowboy’ will face Alex Morono, who agreed to step in on one week’s notice. The UFC Vegas 26 main card also features an exciting top ten welterweight contest between Neil Magny and Geoff Neal, a heavyweight showdown between Maurice Greene and Marcos Rogerio de Lima, a top fifteen matchup between Hill and Ribas, and a catchweight bout between Diego Ferreira and Gregor Gillespie after the Brazilian missed the lightweight limit by 4.5lbs.

Ryan Benoit vs. Zarrukh Adashev – Cancelled after Benoit struggled to stand up weighing in

We will add videos in the hours that follow the main event.

This Is How The MMA World Reacted To UFC Vegas 26:

The UFC returns next weekend with UFC 262 which will see a new lightweight champion in the main event, when Charles Oliveira faces Michael Chandler.