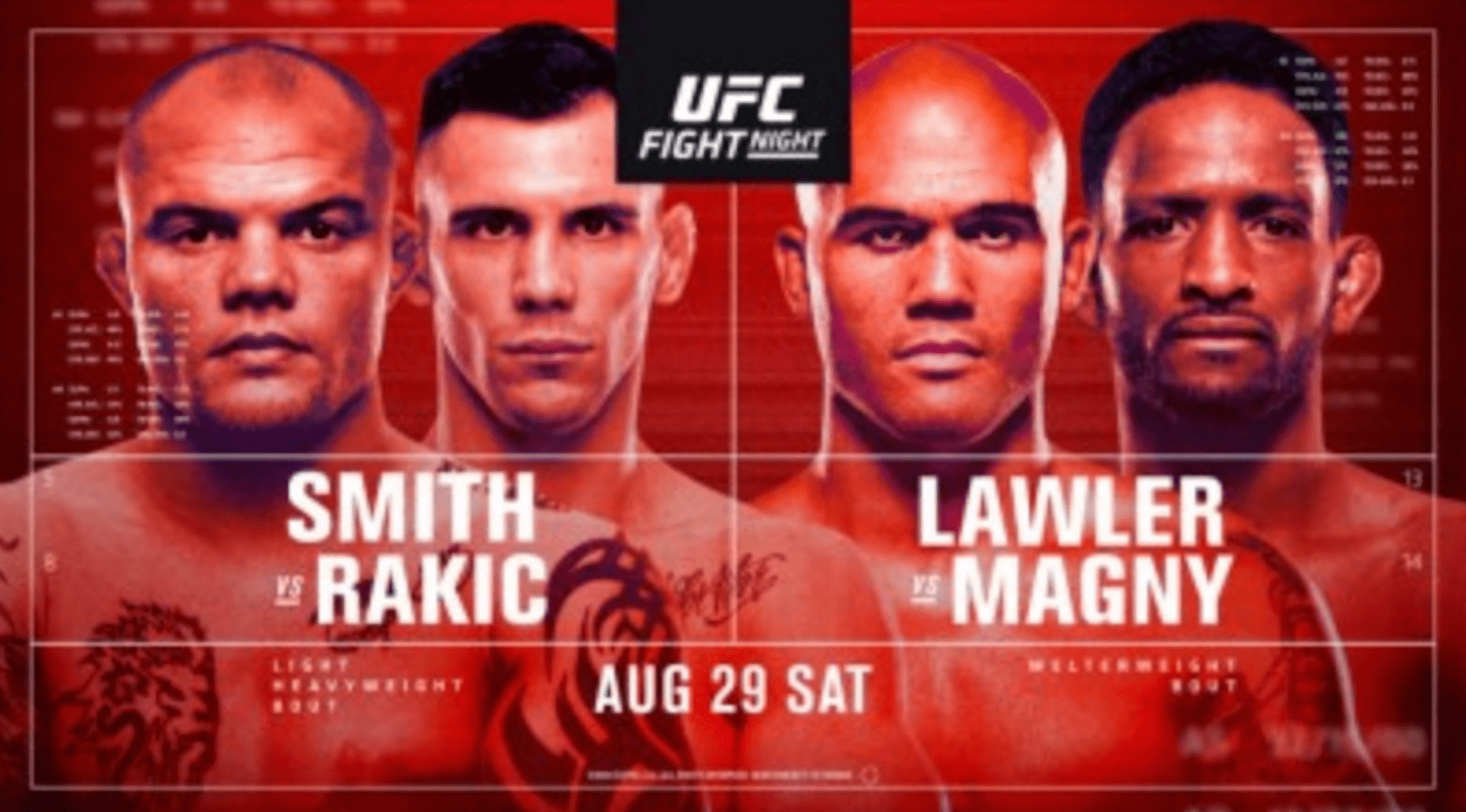 UFC Vegas 8 goes down this weekend at the APEX Center. In the main event, Anthony Smith faces Aleksandar Rakic in a pivotal matchup in the promotion’s light heavyweight division. After Jon Jones recently vacated the title, this 205lbs top ten clash will have even more significance in the title picture. ‘Lionheart’ is coming off a TKO loss to Glover Teixeira at UFC Jacksonville. While the Austrian will be looking to bounce back from his first loss inside the Octagon, having lost a razor close split decision to Volkan Oezdemir at the end of last year at UFC Busan.

Robbie Lawler is set to return in the co-main event against Neil Magny. ‘Ruthless’ stepped in on late notice after Geoff Neal was forced out of the welterweight clash. Elsewhere on the UFC Vegas 8 main card, Alexa Grasso will make her flyweight debut against South Korea’s Ji Yeon Kim.

In the last few hours, Ion Cutelaba’s light heavyweight bout with Magomed Ankalaev was scrapped after he tested positive for the coronavirus. This is the third time their eagerly anticipated rematch has been postponed due to COVID-19. Their first encounter ended in bizarre fashion, when the referee stopped the fight in the very first minute after ‘The Hulk’ played possum.

Ion Cutelaba vs. Magomed Ankalaev – Postponed and will be rescheduled

The UFC returns next week with UFC Vegas 9, headlined by Alistair Overeem vs Augusto Sakai.

This is how the MMA world reacted to UFC Vegas 8: