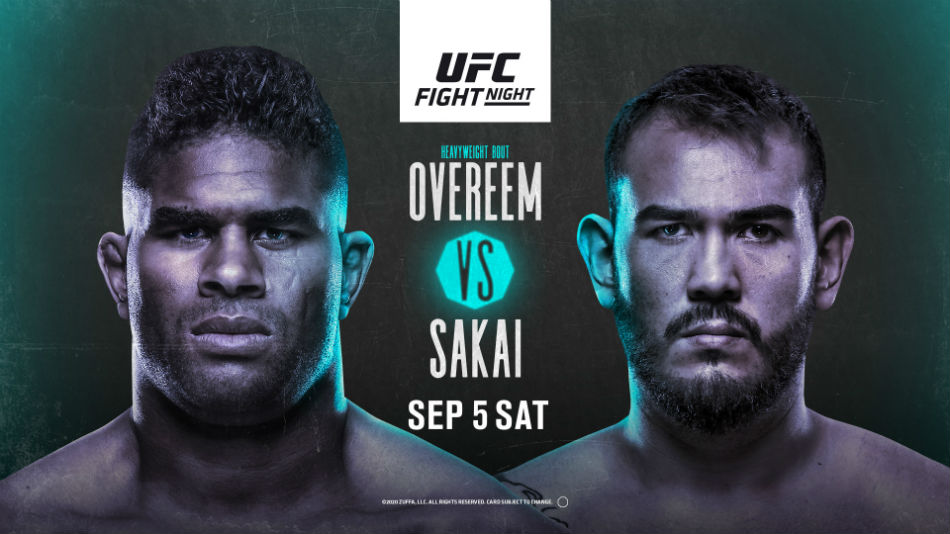 UFC Vegas 9 goes down this weekend at the APEX Center in Las Vegas. In the main event, Alistair Overeem will make his 19th walk to the Octagon, when he takes on Augusto Sakai in a top ten heavyweight clash.

Overeem is coming off a second round TKO win over Walt Harris at UFC Florida. Sakai is unbeaten inside the Octagon and is on a six fight win streak. Most recently, the 29 year old Brazilian scored a split decision win over Blagoy Ivanov at UFC Vegas.

Ovince Saint Preux returns to light heavyweight in the UFC Vegas 9 co-main event. After coming up just short in his heavyweight debut, losing a split decision to Ben Rothwell at UFC Jacksonville, OSP will move back down to face Alonzo Menifield, who is coming off the first loss of his career, against Devin Clark at UFC 250 by way of unanimous decision. They were originally scheduled to meet at UFC Vegas 7 but OSP tested positive for the coronavirus just hours before the fight.

Elsewhere on the card, the ever entertaining Michel Pereira returns against Zelim Imadaev in a welterweight clash, and Brian Kelleher welcomes Kevin Natividad to the promotion after original opponent Ricky Simon was forced out after testing positive for the coronavirus.

UFC Vegas 9 will only feature only seven fights, after Thiago Moises and Marcos Rogerio de Lima both tested positive for the coronavirus just hours before the card began.

This is how the MMA world reacted to UFC Vegas 9:

The UFC returns next week with UFC Vegas 10, which will he headlined by Michelle Waterson vs Angela Hill.