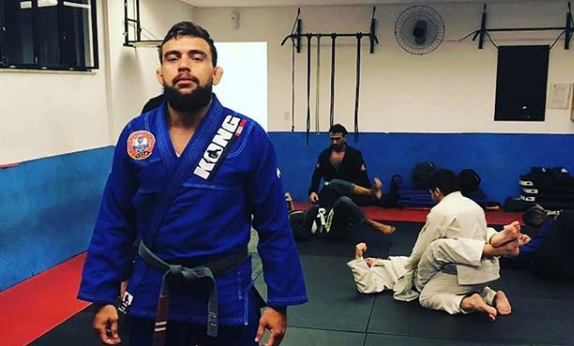 MMA fighter and UFC vet Rodrigo Goiano de Lima was involved in an unfortunate hit-and-run incident this past Sunday. The 28-year old tragically succumbed to his injuries, according to multiple reports coming in from Brazil. Rodrigo Goiano de Lima fought twice in the UFC couple of years ago, and has been teaching Brazilian jiu-jitsu in Brazil, and is also a former Jungle Fight Champion.

According to reports, Rodrigo got into an argument with an Uber driver this past weekend, who then proceeded to run him over. According to G1 and UOL, Rodrigo was in a car along with four people, and the driver reportedly told one of the men to stay silent. Rodrigo then allegedly punched the driver, claiming that he was being disrespectful. The passengers then reportedly got out of the car and approached a gas station, but “Monstro” was struck down, and immediately succumbed to his injuries.

UFC fighter Michel Prazeres, a long-time friend who was also raised as Rodrigo’s brother, confirmed the unfortunate news. One of Rodrigo Goiano de Lima’s friends and students, Zezao Trator narrated what had happened to OLiberal.com.

“Everyone who was there said Rodrigo had an argument with the Uber driver and that, after that, the driver got in the car and ran over my friend.” Trator said. “I haven’t been able to grasp this yet. (Prazeres’) mom, Socorro, who’s also our mom, called in desperation last night saying an accident with Rodrigo had happened. I was about ready to go to bed. I just put on some clothes and went to see what happened. When I arrived there, I saw it all. It was very sad. It hasn’t sunk in yet. He was at my place to talk about jiu-jitsu on Friday.”

An autopsy will be conducted to confirm the cause of death, while the deputy in charge of the local police station, Eduardo Rollo, told reporters that the driver had been identified, but no charges were pressed as of this writing.