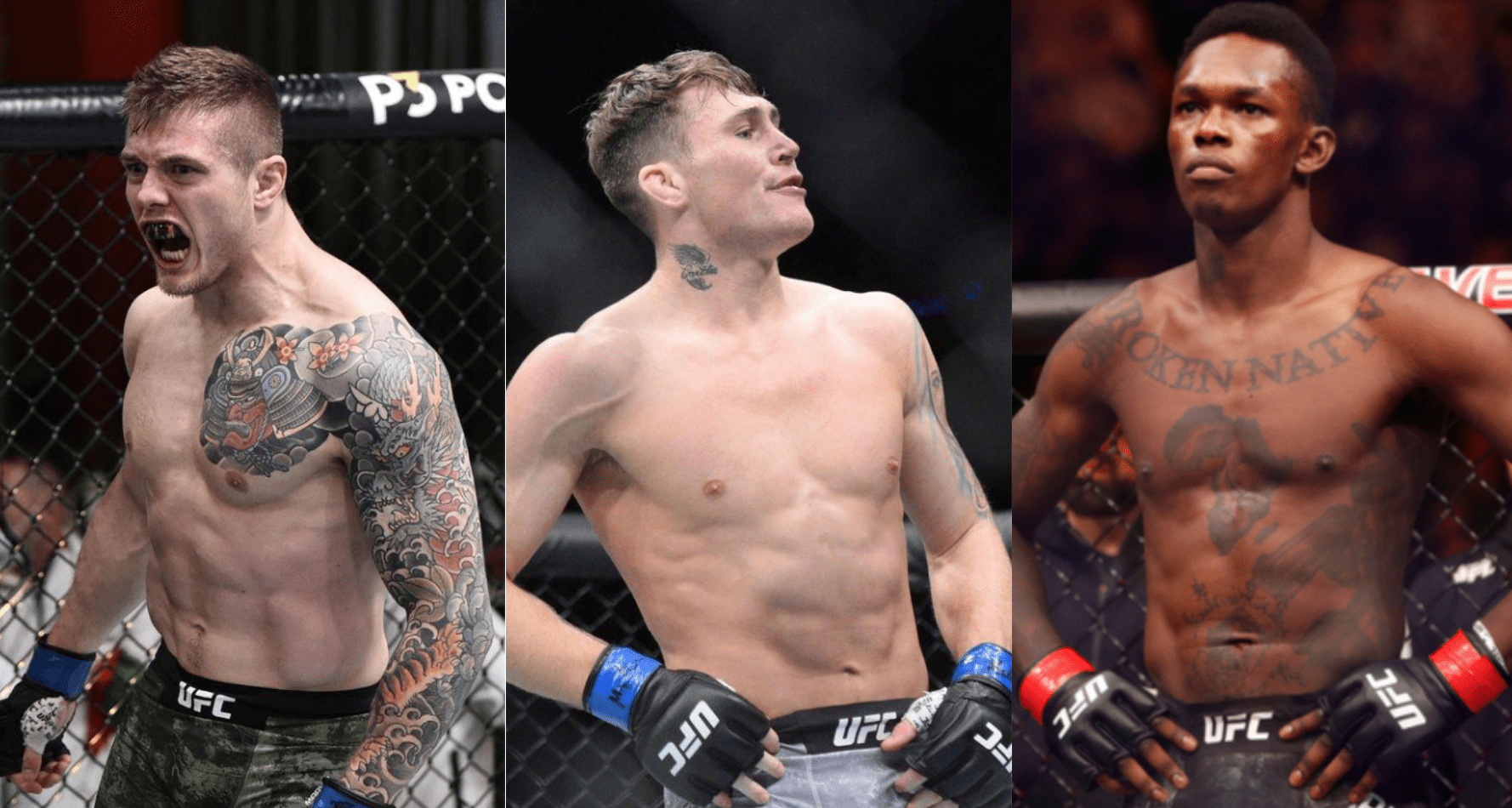 Although Marvin Vettori isn’t underestimating Darren Till, he is confident that he’ll dominate him in their upcoming top six middleweight bout at UFC Vegas 23, and then go on to derail the champion Israel Adesanya’s hype train.

Vettori is set to compete against Till in the UFC Vegas 23 main event on April 10th in a potential title eliminator. Adesanya has already said that the Brit is the next in line for a title shot should he beat ‘The Italian Dream’ next month.

Speaking to MMA Junkie, Vettori said that Adesanya is deliberately eliminating him from the equation to try to get under his skin.

Earlier this month at UFC 259, Adesanya moved up to light heavyweight to try to achieve ‘champ champ’ status, but his dreams were temporarily put on a halt by Jan Blachowicz, who outsmarted the Nigerian born New Zealander to win via unanimous decision.

Despite Blachowicz’s impressive performance, Adesanya enjoyed more media coverage after the fight, something Vettori didn’t like.

“I don’t like the guy, so I didn’t want any good for him,” Vettori stated. “I think the winner of that fight is the guy who deserved to win, and that’s all that matters to me. I think Jan was better, and I think a lot of the thing Jan predicted about that fight, it happened. I’m happy the judges judged it the right way. I think Jan was really good defensively, and he shut down Israel’s game and he did a great job.

“Now I’m a little disappointed. Not that I care, but sometimes I see these things and I wouldn’t like that to happen to me. The media are over Israel again, and no one talks about Jan, and Jan is the current champ and beat a guy that was the champ at middleweight to come up and take his belt. … Jan blocked his way from taking the light heavyweight belt. I’m going to take the middleweight belt and once and for all the hype train will be derailed.”

For now, Vettori is fully focused on the task at hand, as he plans to not only beat Till come fight night, but dominate him and make a statement.

“My next fight has to be a statement,” Vettori said. “I have to go out there and put a really dominant performance because that’s what’s going to make sure that nobody takes away my next title shot. I’m not going to go out just trying to steal the rounds and edge a 49-48. That’s definitely not the gameplan. I’m going to go out and show that I’m on a different level. I’m not scared of saying it and putting the pressure on me to prove I can do it. I know it. I’m ready, and I’m going to show it.”

In another crucial middleweight fight one week after UFC Vegas 23, former champion Robert Whittaker will take on Kelvin Gastelum in the UFC Vegas 24 main event. And not to be outdone, Derek Brunson kept his name in the title mix at UFC Vegas 22 by beating Kevin Holland.

Do you think Marvin Vettori can beat Darren Till at UFC Vegas 23 and then go on to dethrone Israel Adesanya in a rematch?