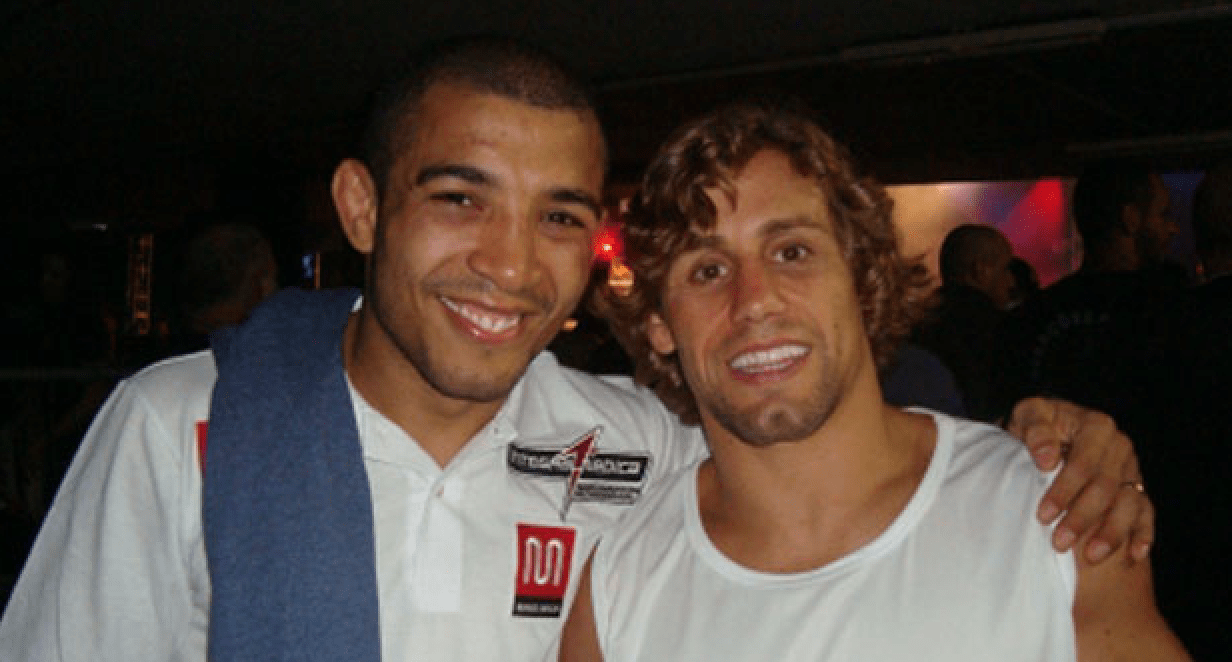 As if three title fights wasn’t enough to look forward to at UFC 245, the main card also features two legends of the sport, in Urijah Faber and Jose Aldo.

Faber came out of retirement earlier this year at UFC Sacramento, in spectacular fashion, scoring a TKO win over Ricky Simon in the very first minute. The former WEC featherweight champion can expect a tougher test this weekend though, as he is set to face the number four ranked bantamweight in the UFC, Petr Yan.

‘The California Kid’ expects to get the win over Yan at UFC 245, and believes that in doing so, he will be a step closer to challenging the bantamweight champion, Henry Cejudo. Faber however is fully aware of how big a challenge his Russian opponent is.

“He’s a very dangerous opponent. I don’t think he’s afraid to wrestle, I don’t think he’s afraid to do jiu-jitsu, but I think he’ll be looking for the knockout. He’s good at the pressure, so he likes to push a fast pace. So do I. I think it’s going to be a who is the better guy on the night. He’s lucky I’m 40, otherwise I don’t even know if we’d be having this fight. I’m going to put it on him. I’m going to get the ‘W’, and I’m going to be one step closer to that Henry Cejudo fight,” Faber told MMA Junkie.

“Petr Yan, whether people know him or not, in my opinion, is one of the toughest guys in the division. He’s super dangerous, he’s well rounded, he’s young. Taking him out, just stepping in front of him is the thing to do to get right in front. … I’m going to get in, try to get to the front of the line and see how that goes.”

An impressive win over Yan, who trains out of Tiger Muay Thai in Phuket, Thailand, could see Faber jump the line ahead of the number one contender in the UFC bantamweight division, Marlon Moraes. The Brazilian faces his fellow countryman Jose Aldo on Saturday night.

In the lead up to the all Brazilian bantamweight clash, a lot has been made of Aldo’s weight cut down to 135lbs, for what will be his bantamweight debut. When asked about the former UFC featherweight champion, Faber said he was concerned that he was cutting too much weight.

“Aldo, in my opinion, is one of the best fighters to ever grace the sport. Seeing him make this weight cut, I know that he’s mentally tough enough to do it. I don’t know if it’s going to be the best for his body. I remember the first time I did [135lbs], I was over-cutting because I was nervous about how it was going to go, so I was getting too small too early. I think he might be doing the same thing. I don’t think it’s going to be good for him. Hopefully he’s able to perform to the Aldo that we all know, but only time will tell on that one.”

At 40 years old, Faber is only interested in the biggest fights, that make sense for him. And one of those could be against Aldo.

“I’m not trying to fight everyone in the division. I’ve got a couple of key fights. I’ve got one right now that I’m focused on. If that’s a fight that the people want to see, absolutely. But one fight at a time and I’ll fight whoever.”

UFC 245 goes down this Saturday night at the T-Mobile Arena in Las Vegas, and will feature Kamaru Usman vs Colby Covington, Max Holloway vs Alex Volkanovski and Amanda Nunes vs Germaine de Randamie.

How do you think Urijah Faber and Jose Aldo will get on at UFC 245?