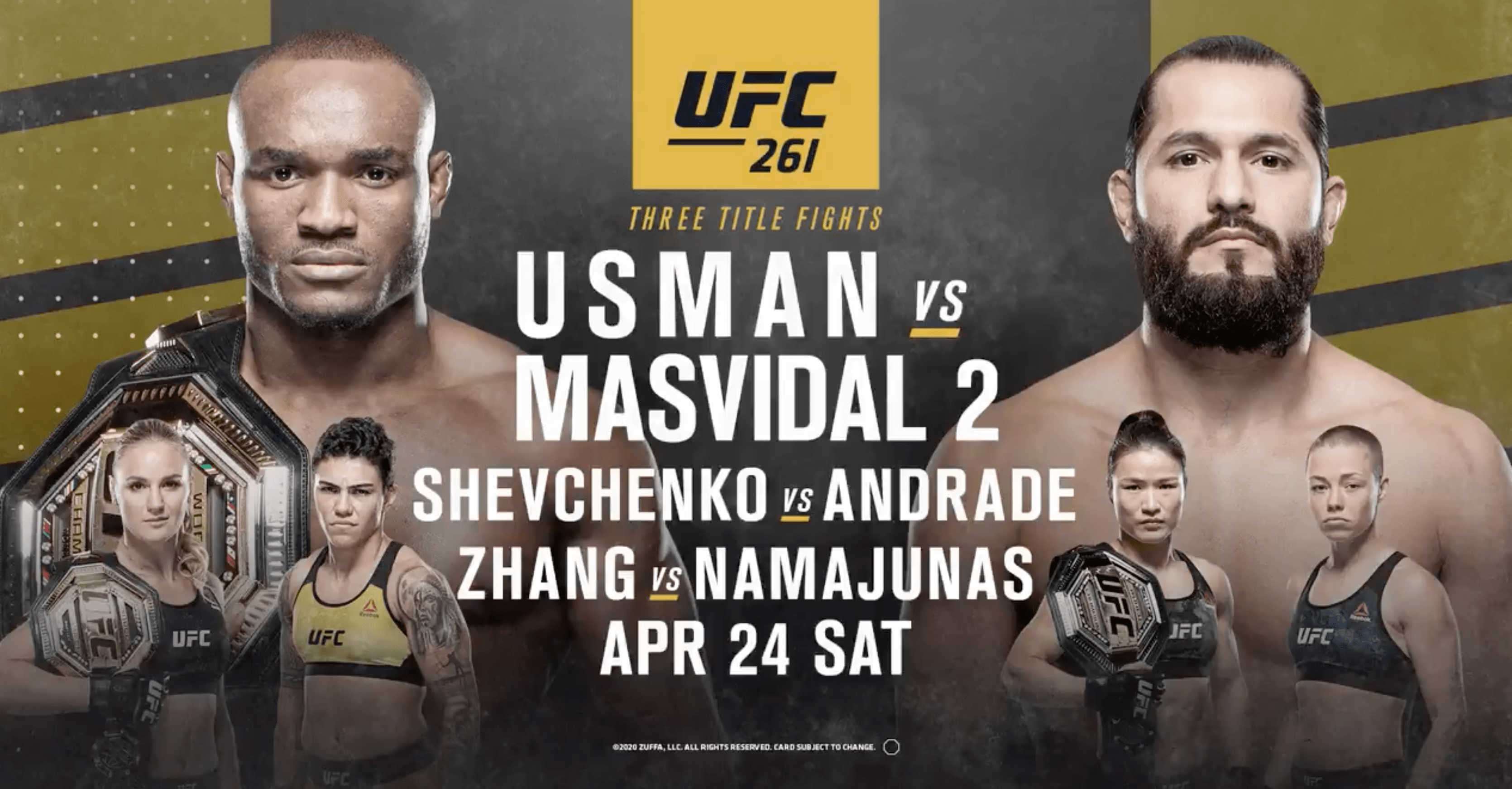 UFC president Dana White has just revealed that Kamaru Usman will defend his welterweight title against Jorge Masvidal in the UFC 261 main event. On top of that, he also announced that the card will take place at the Vystar Veterans Memorial Arena in Jacksonville, Florida in a packed arena.

Outside of Fight Island, it will be the first time the UFC has had fans in attendance since UFC 248 in March of 2020.

UFC 261 goes down on April 24th and will now feature three title fights. The promotion previously confirmed that Zhang Weili is set to defend her strawweight title against the former champion Rose Namajunas, and Valentina Shevchenko will defend her flyweight title against former 115lbs champion, Jessica Andrade.

The Vystar Veterans Memorial Arena has a capacity of 15,000, and hosted the UFC’s first three events after the COVID hiatus last May. Albeit with no fans. Dana stated that tickets for UFC 261 will go on sale soon.

Masvidal previously stepped in to fight Usman on one week’s notice at UFC 251 after Gilbert Burns was forced out of the title fight after testing positive for COVID. ‘Gamebred’ came up short however, losing via unanimous decision.

After successfully defending his title against Burns last month at UFC 258, Usman called out Masvidal for a rematch, saying that he wants to give the Miami native a full training camp this time, so that there will be no excuses the second time around.

Soon after the announcement, both Masvidal and Usman took to social media with a message for their fans.

UFC 261 will be the eighth time the promotion has featured three title fights on a single card. Most recently at UFC 259 earlier this month.