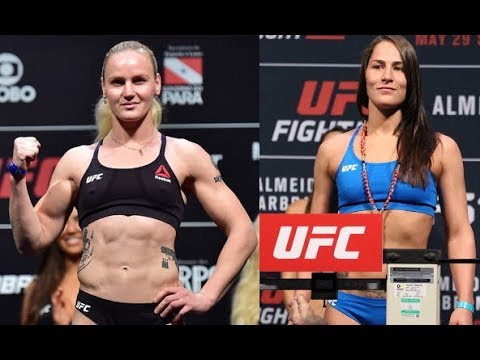 UFC President Dana White was recently asked about who would be the number one contender for the women’s flyweight title, and face Shevchenko. The new UFC flyweight champion, Valentina Shevchenko has been busy touring the world, celebrating her title win. Shevchenko defeated Joanna to win the vacant title, and White said it might be Jessica “Evil” Eye!

Jessica has seen her stock go up in the UFC in recent months, picking up victories over Jessica Rose-Clark and Katlyn Chookagian.

After shocking the world at UFC 232 and beating Cris Cyborg, Amanda Nunes also talked up the possibility of moving down to flyweight to fight for the title. Shevchenko and Amanda have crossed paths twice already at 135 lbs, with Nunes edging past “Bullet”.

Shevchenko won the title at UFC 231 in Toronto, and it will be interesting to see who fights her next for the flyweight title.