Valentina Shevchenko Thinks Zhang Weili Will Lose Her Next Fight 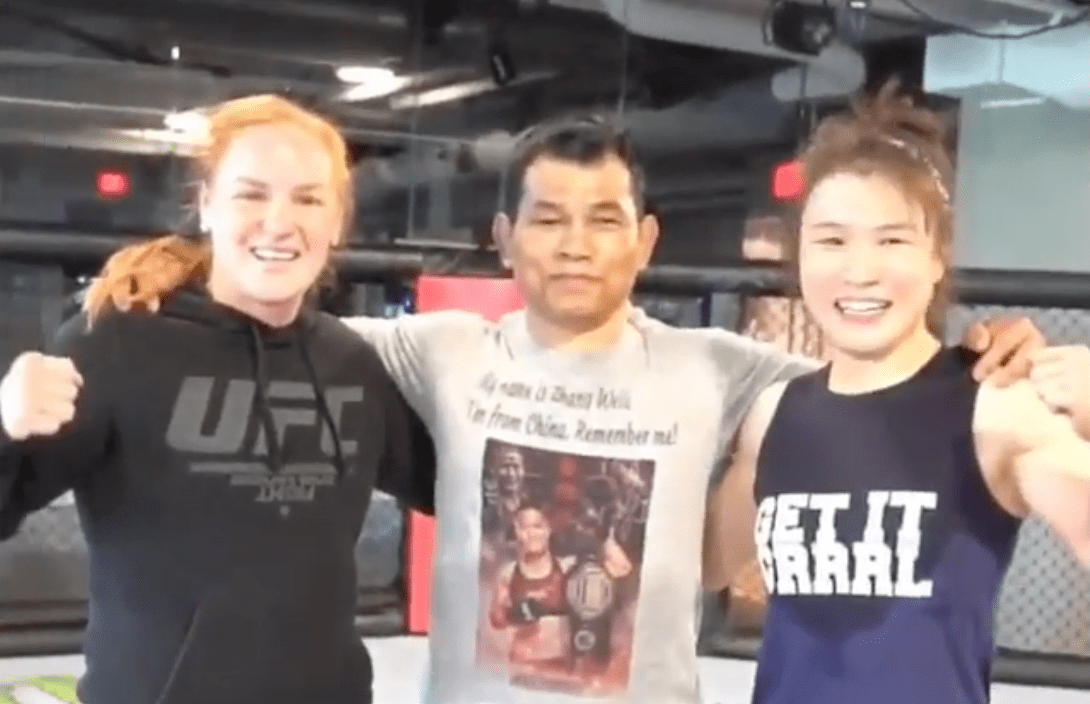 A few days on from UFC 248 and the MMA world is still talking about the incredible co-main event between Zhang Weili vs Joanna Jedrzejczyk. In one of the best fights we’ve ever seen, China’s first ever UFC champion was awarded the split decision win over the former champion. With it being such a close fight, inevitably there are those who believe the judges got it wrong. One such person is Valentina Shevchenko.

Speaking to TMZ Sports (as transcribed by MMA Junkie), Shevchenko expressed how she thought Jedrzejczyk did enough on the night to earn the win.

“I don’t believe [Weili won]. I think Joanna was more – her accuracy was more on point, and she had more clear strikes. The one thing was [the hematoma on] her head, right? But it was not kind of the result of many punches. It was just one punch in the third round when you can see her head blow up and start to swell. It’s obvious it went this way. It was not [from] getting that kind of pressure, getting that kind of power. It was just one hit.”

While Shevchenko acknowledged Zhang for being ‘good fighter’, the 32 year old predicted that she would lose the next time she steps inside the Octagon to defend her title.

“Weili, she’s a good fighter. I see now, competing in the top level competition, you can tell what she is in reality. She is good. Good fighter, but it’s not enough for the high, elite competition. Definitely, I wish her good luck at first, of course, but I cannot see her defending her title in the next fight.”

Ahead of UFC 248, there had been lots of talk about Shevchenko and Zhang facing each other. Valentina herself had stated that Weili needed to clear out her division first, before they could possibly fight. The UFC flyweight champion doesn’t see them fighting anytime soon now however, after what she saw at UFC 248.

“I don’t have any problem to fight no one. To me, it doesn’t matter if it’s going to be Chinese girl, Amanda Nunes – doesn’t matter who. I’m here to fight anyone. I would fight anyone. But as I said, I don’t see Weili passing the next title defence, and seeing the fight with Joanna, you see how difficult it was to fight with this kind of opponent with Joanna. How [much she] struggled, how troubled she [was] in this game. And you definitely see her fighting against me? I don’t think so.”


Meanwhile, Jedrzejczyk’s American Top Team coach Mike Brown, has opened up on how hard it was to accept the split decision loss.

“It was a tough pill to swallow at the end. All the hard work and coming so close, but in the end, falling just short,” Brown told MMA Fighting.

With the fight being so razor close, Brown thinks the obvious choice would be for Jedrzejczyk and Zhang to run it back. Something obviously the fans wouldn’t argue with.

“I think you have to [do the rematch]. I think that’s all there is. I think the only thing Joanna’s in this sport for is to be champion, and if it’s not for that, it’s not worth it. For her, she’s so disciplined, the weight cut is very difficult, [and] she puts herself through hell. Most athletes wouldn’t get through the weight cut. She really is as mentally tough as anyone I’ve ever seen. It’s really impressive.

“So of course if that was an option, that would be a good one. They both need some time to heal up and rest their bodies, but I don’t think anything else would make any sense.”

How do you think Zhang Weili does in a rematch with Joanna Jedrzejczyk? Or in a flyweight contest with Valentina Shevchenko?