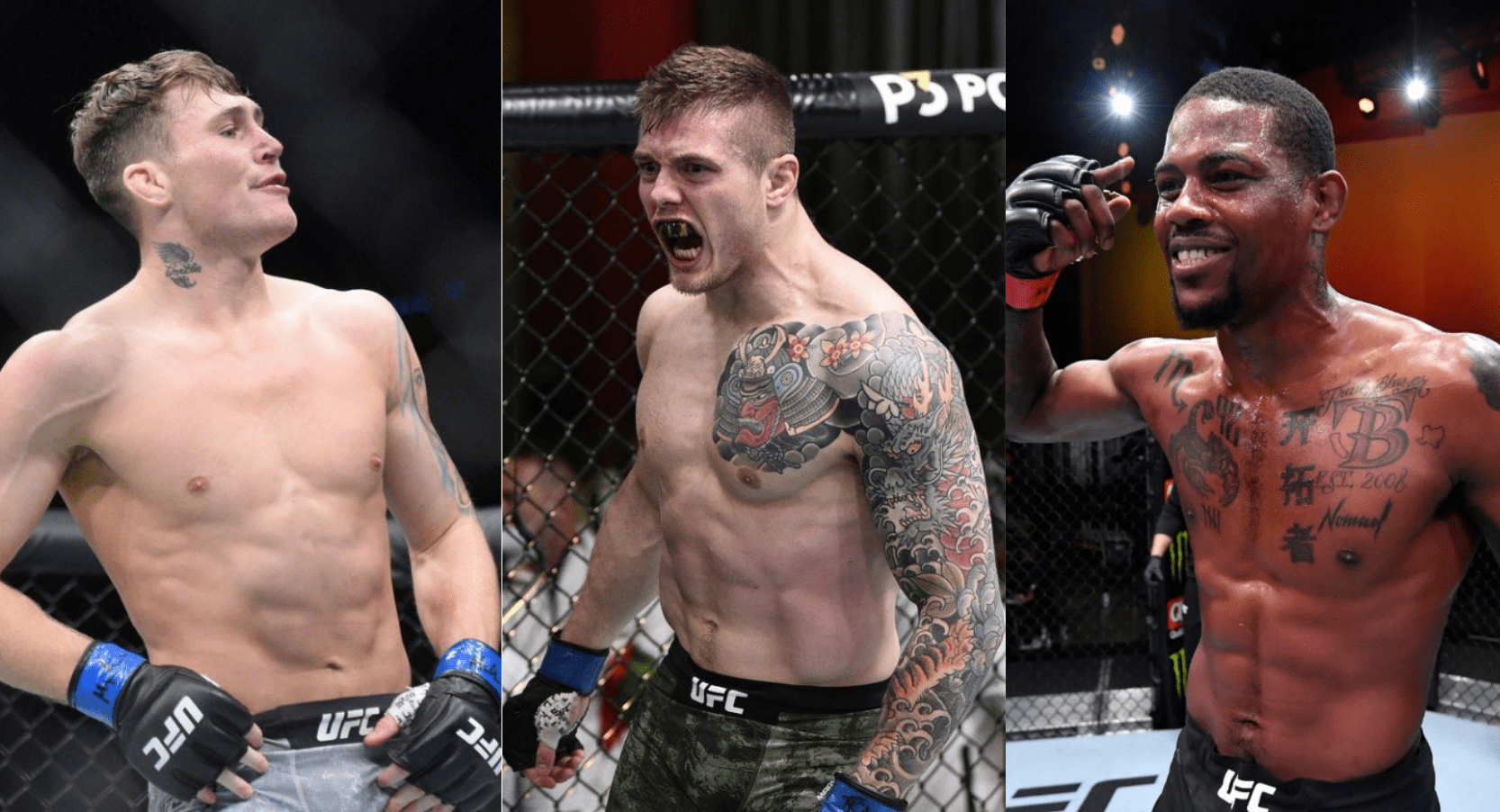 Darren Till is out of his UFC Vegas 23 main event against Marvin Vettori after sustaining an injury in the gym. The top six middleweight clash was scheduled for April 10th and was set to be broadcast on ABC in the US.

Taking to social media in the last couple of hours, Till announced that he’s broken his collarbone after falling awkwardly in training yesterday.

“I’ve been sat here for a good few hours debating how to say this & put into words what I’m feeling and just going to say it straight… I’VE BROKEN MY COLLARBONE! I’m out my fight next week against Marvin.

“Every person who is around me or who has been around me knows I train on a daily basis with f***ed up knees, lower back, shoulders, hands and the list goes on,” Till wrote. “Yesterday while drilling I fell and straight away I knew I’d broken something. To say I’m f***ing destroyed by it is an understatement.
I’ve literally put my heart, soul, mind, physical body, cash, nutrition, sleep, recovery and then some into making sure I went out there next week and took his (Vettori’s) head off. And I was 100% sure I was going to, and with ease!

“I’m sure he was thinking the same but ahh well. I am sorry Marvin Vettori, I hope you get a new opponent and we can do this sometime soon in the future, I respect you highly as a competitor.”

The number six ranked UFC middleweight Vettori is now without an opponent for UFC Vegas 23. The Italian showed his frustration by commenting on Till’s Instagram post.

“F***in’ hell Darren!!!! I know and I feel this is not some made up bulls*** but f***! I really wanted to break something of yours myself,” Vettori commented. “Recover for now, will do it one day.”

Vettori then took to Twitter to continue his frustration at the situation.

‘The Italian Dream’ could already have a new dance partner lined up however. Responding to Vettori’s tweet, Kevin Holland stated that he’s already accepted to step up and replace Till on less than two weeks’ notice.

Holland is coming off a one-sided unanimous decision loss to Derek Brunson at UFC Vegas 22 earlier this month. ‘Big Mouth’ made a name for himself last year however by accepting several short notice fights and went 5-0 throughout 2020.

Would you like to see Kevin Holland step in for the injured Darren Till and face Marvin Vettori in the UFC Vegas 23 main event?