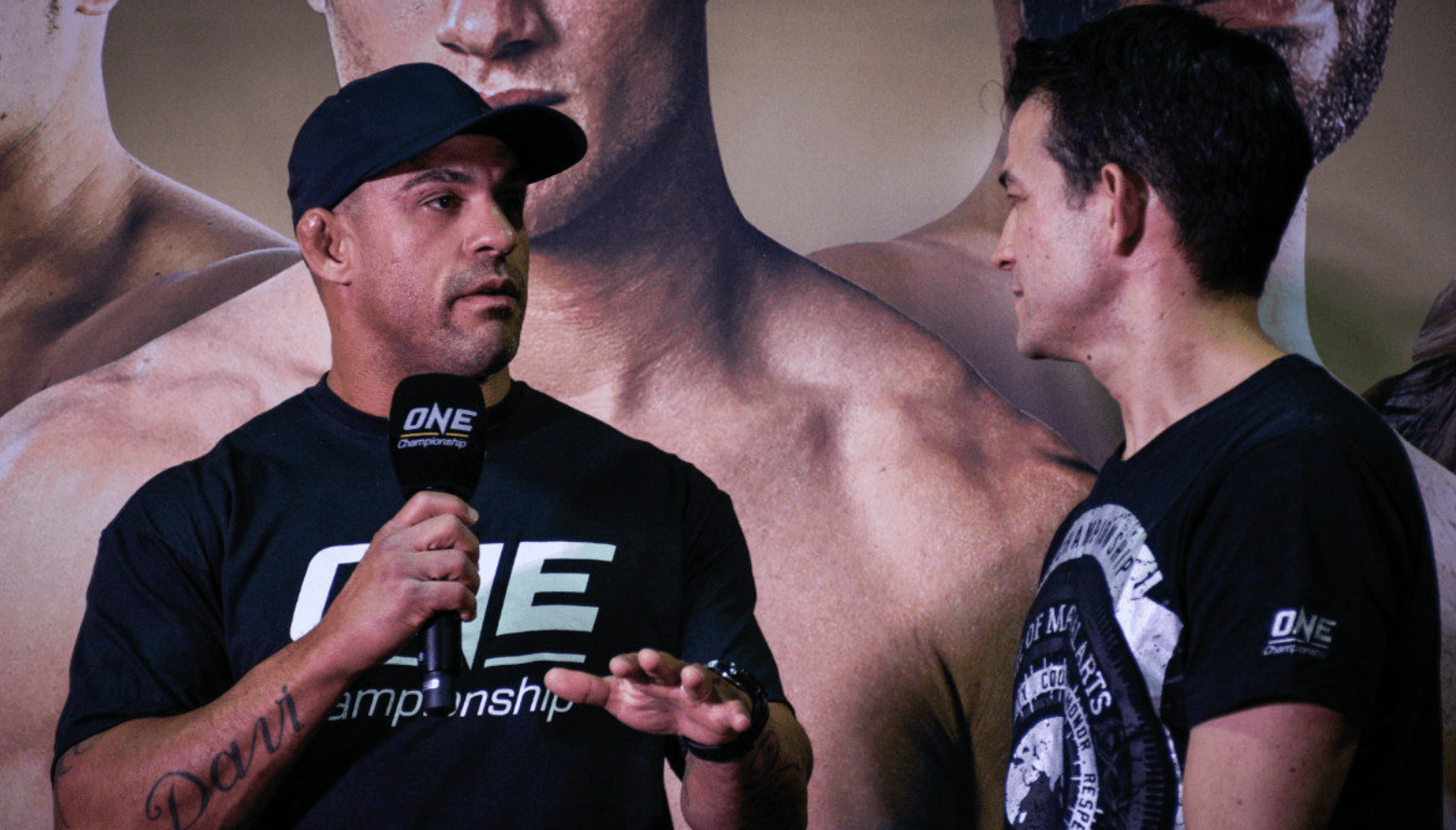 It’s been almost two years since Vitor Belfort signed with ONE Championship. However, he is yet to make his debut in the promotion. ‘The Phenom’ was slated to face Alain Ngalani earlier this year, but the fight was cancelled due to the global coronavirus pandemic.

Now, the UFC veteran is growing frustrated with the inactivity. In an interview with TMZ Sports, Belfort expressed interest in facing MMA free agent Anderson Silva.

“I heard that Anderson Silva got released,” said Belfort. “[But] I [also] want Chael Sonnen. I really want to shut his mouth. We were supposed to fight one time but he got up with steroids. I’ll go Chael Sonnen, and then Anderson Silva when we can fight.”

Belfort previously faced Silva in the UFC back in February 2011, where he was on the wrong end of one of the most spectacular knockouts ever seen in the sport. He hopes to rewrite the narrative however, if they get the chance to rematch. But he is more interested in putting together a fight with Sonnen first.

Unlike other sports, Belfort believes that legends aren’t receiving fair treatment in mixed martial arts. He believes MMA legends should be given certain privileges in terms of matchmaking, such as cross-promotional fights.

“I’m a fine wine,” said Belfort. “Unfortunately, sports don’t treat the finer wines so well. But look, Tom Brady, Drew Brees, and many other athletes are proving them wrong. And I think if we can bring the legends back in an entertaining segment with fights that make sense, I’m all in.”

The 43-year-old thinks that the same should also apply to boxing, and has an idea for a sport that combines MMA with boxing. Belfort also dropped names like Evander Holyfield, Wladimir and Vitali Klitschko, Lennox Lewis, and Roy Jones Jr. as potential opponents.

“By the way, I packed my gloves,” Belfort said. “So boxers don’t have an excuse. It’s time to do a hybrid between boxing and MMA. So right now, listen to me all you boxers. I challenge all of you guys for some rounds with these gloves with a combination of rules that I can benefit from as well. I promise I’m not going to kick you, because that won’t be fair.

“Holyfield, you better sign your contract. Let’s go man, I’m ready for you. We get the Klitschko brothers, we get Lennox Lewis. If Roy [Jones Jr.] can pass, Roy you’re next. But we need to do this right away. Because it’s time to entertain.”

Aged 51 now, Jones Jr. fights Mike Tyson this weekend. And should he come out of the fight unscathed, he believes he will finally get the opportunity to box his friend, Silva.

Which legends would you like to see Vitor Belfort matched up against?