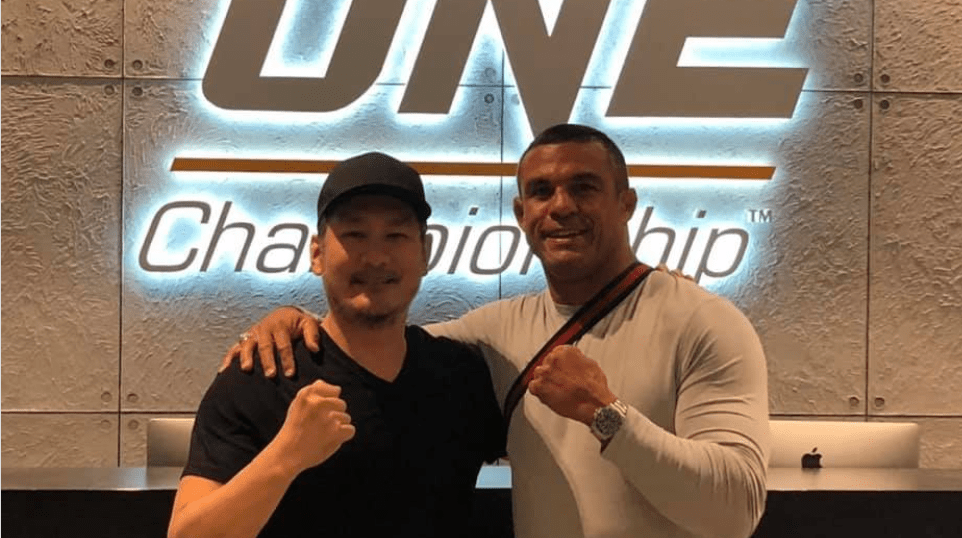 Former UFC champion Vitor Belfort is currently in Singapore, ahead of tomorrow night’s ONE: Call To Greatness.

ONE Championship CEO Chatri Sityodtong, has just posted a picture to Facebook of the two together and said stay tuned for some big news. Hinting the Brazilian would be signing with ONE immanently.

Belfort last fought in May of last year, where he lost to Lyoto Machida, via a knockout in the second round. After the fight, he announced his retirement.

The news comes just one day after the announcement that Japanese MMA legend Yushin Okami, had signed with the promotion. You can read about that here.

Do you think ONE Championship is a good fit for Belfort?