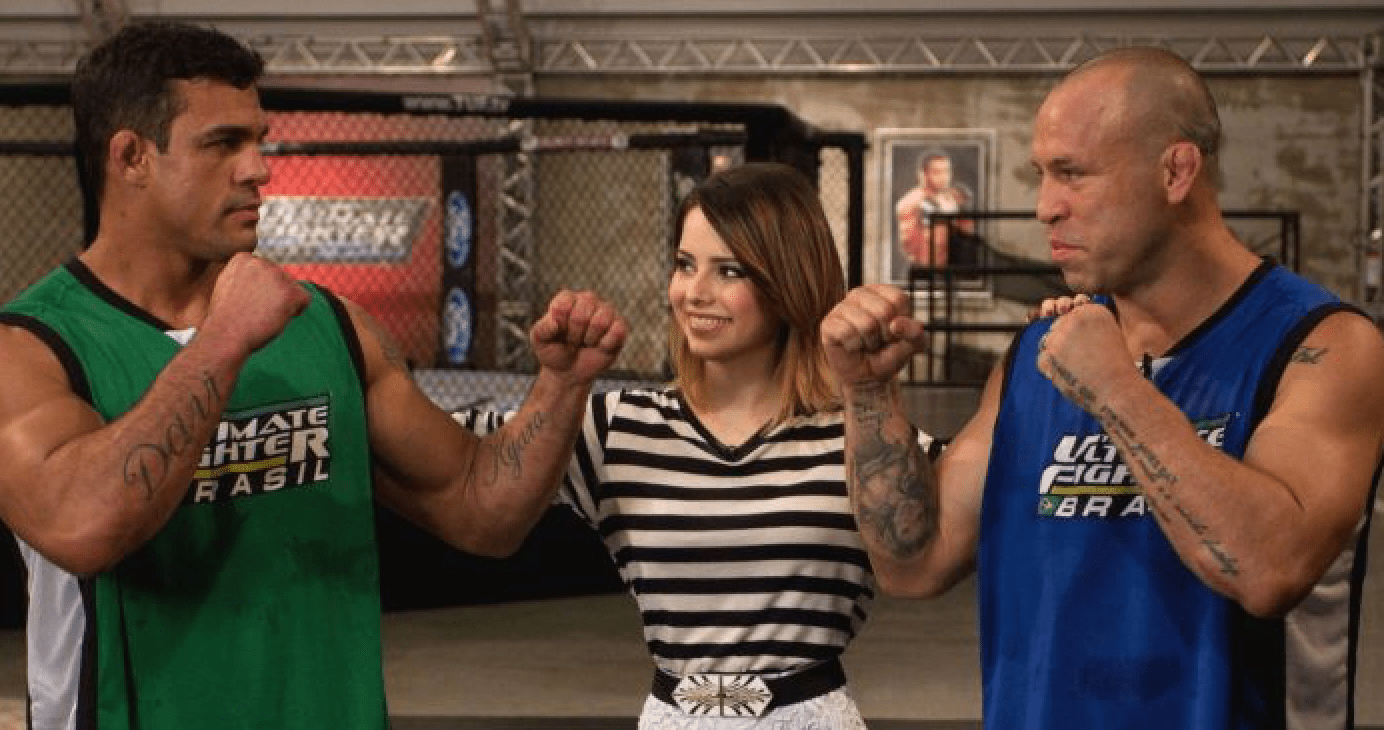 Former UFC champion Vitor Belfort is currently signed to ONE Championship and is waiting to make his promotional debut. The Brazilian MMA legend is expected to face Alain Ngalani when the coronavirus situation improves.

However, this hasn’t stopped him from rekindling his old rivalry with fellow compatriot, Wanderlei Silva. The two met at UFC Brazil in 1998, with Belfort winning by TKO. ‘The Phenom’ called out ‘The Axe Murderer’ last December for a showdown in ONE Championship. However, nothing materialised.

Speaking to Combate, Belfort once again called out his former rival for a rematch.

“Wanderlei, keep selling the fight. You will get a deserved beating. It will be a pleasure to be able to fight you again. And I’m warning you: work hard, otherwise you already know what you’re going to receive. Train hard and thank you for being part of the sport.”

Despite both men being the wrong side of 40 years old, Belfort is insistent that the MMA community needs to see the rematch between the two legends.

“It is being negotiated. I learned that we can’t talk too much when things are happening. This fight, for sure, has to happen. I have every interest in it. When two fighters are hungry and have a plate of food … But it has to be a very good meal for both.

“If you could put Michael Jordan and ‘Magic’ Johnson on a court, who wouldn’t want to see it? People are without idols, without icons in Brazil. There are legends, and new guys. We can offer the best, entertaining fights.”

But there are questions surrounding how the fight would go down. Belfort is currently signed to ONE Championship while Silva has recently signed with the Bare Knuckle Fighting Championship. ‘The Phenom’ however, strongly believes that legends should have a free pass to compete in cross-promotion fights.

“It’s time to put the contracts aside, and the athletes fight each other, regardless of the event. Dana White doing Vitor’s fight against Anderson [Silva], Vitor’s against Fedor [Emelianenko]. It’s time to make the best content for the fans. I want to fight Anderson, it would be a very interesting rematch, for sure. Against Fedor, ‘Rampage’ Jackson. There’s Chael Sonnen, Tito Ortiz. The legends that are able to fight, have to fight.”

Who do you think would win in a rematch between Vitor Belfort and Wanderlei Silva?