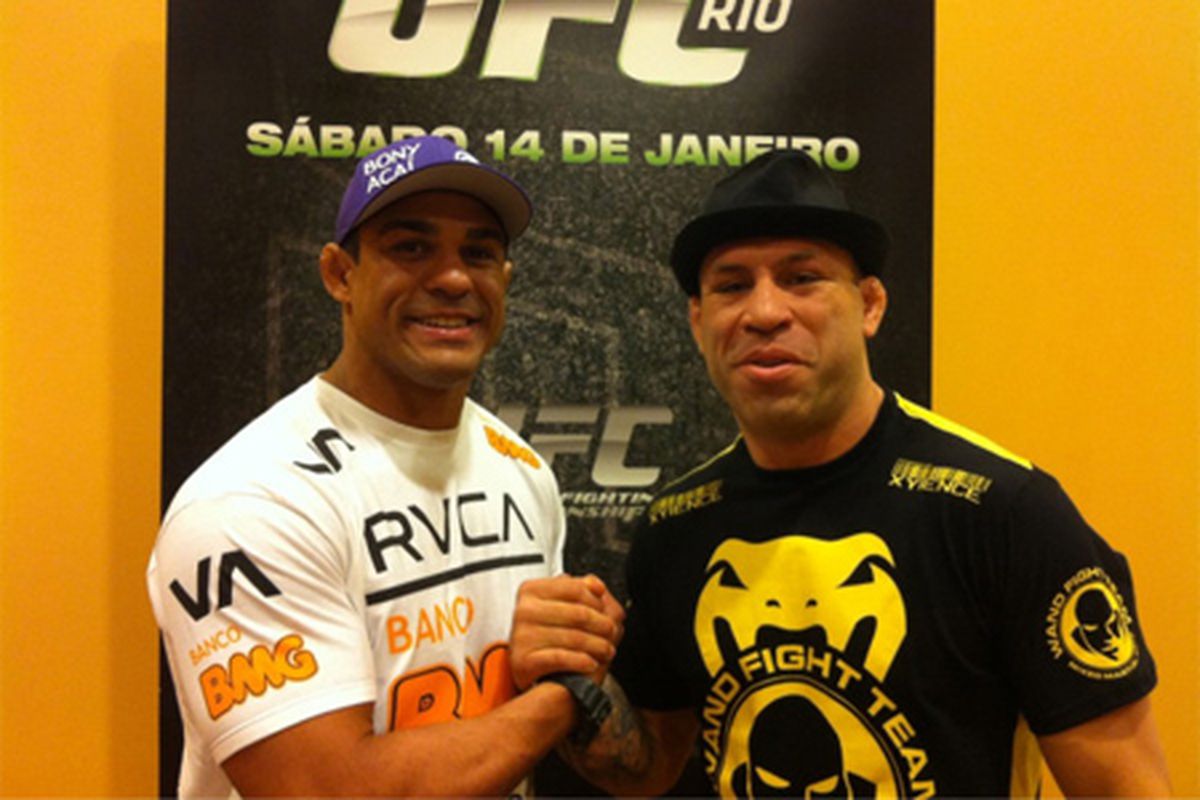 A rematch between UFC and PRIDE legends Vitor Belfort and Wanderlei Silva has long been in discussion. In their first meeting at UFC Brazil in 1998, ‘The Phenom’ made quick work of ‘The Axe Murderer’ and secured a first-round TKO at UFC Brazil.

Currently, Belfort is signed to ONE Championship, while Silva signed with the Bare Knuckle Fighting Championship last year, following a two fight stint in Bellator.

This past Sunday, Silva took to social media and posted about a potential MMA event titled ‘Fight Club After Dark’ set to take place on November 21st, featuring his second fight with Belfort, as well as two other fights: Fedor Emelianenko vs Fabricio Werdum and Tito Ortiz vs Rashad Evans.

Silva deleted the post shortly after posting it. But not before Belfort saw it and responded.

Taking to Instagram, Belfort hit out at Silva and his fake poster.

“I’ll give you an advice, stop posting and start negotiating,” Belfort wrote. “Your request has been accepted. Stop posting fake news posters and let’s get it done.”

Belfort’s Instagram post also included a short video (as transcribed by MMA Fighting), in which the former UFC champion told Silva and his team to contact ONE CEO Chatri Sityodtong to get a deal done.

“My team, my manager have already called [Silva], and Chatri from ONE Championship said that this fight will happen,” Belfort said in Portuguese. “It’s only up to [Silva] now. He has to start negotiating with [ONE]. He has to start moving for this fight to happen. There’s no other way.

“He wants this fight, so let me give you some advice Wanderlei, get in touch with [ONE] and dedicate, brother. I’m waiting for you. Stop posting fake news and little posters and let’s fight. I’ve already accepted, you have to start moving now.”

In a second fight, who would win between Vitor Belfort and Wanderlei Silva?