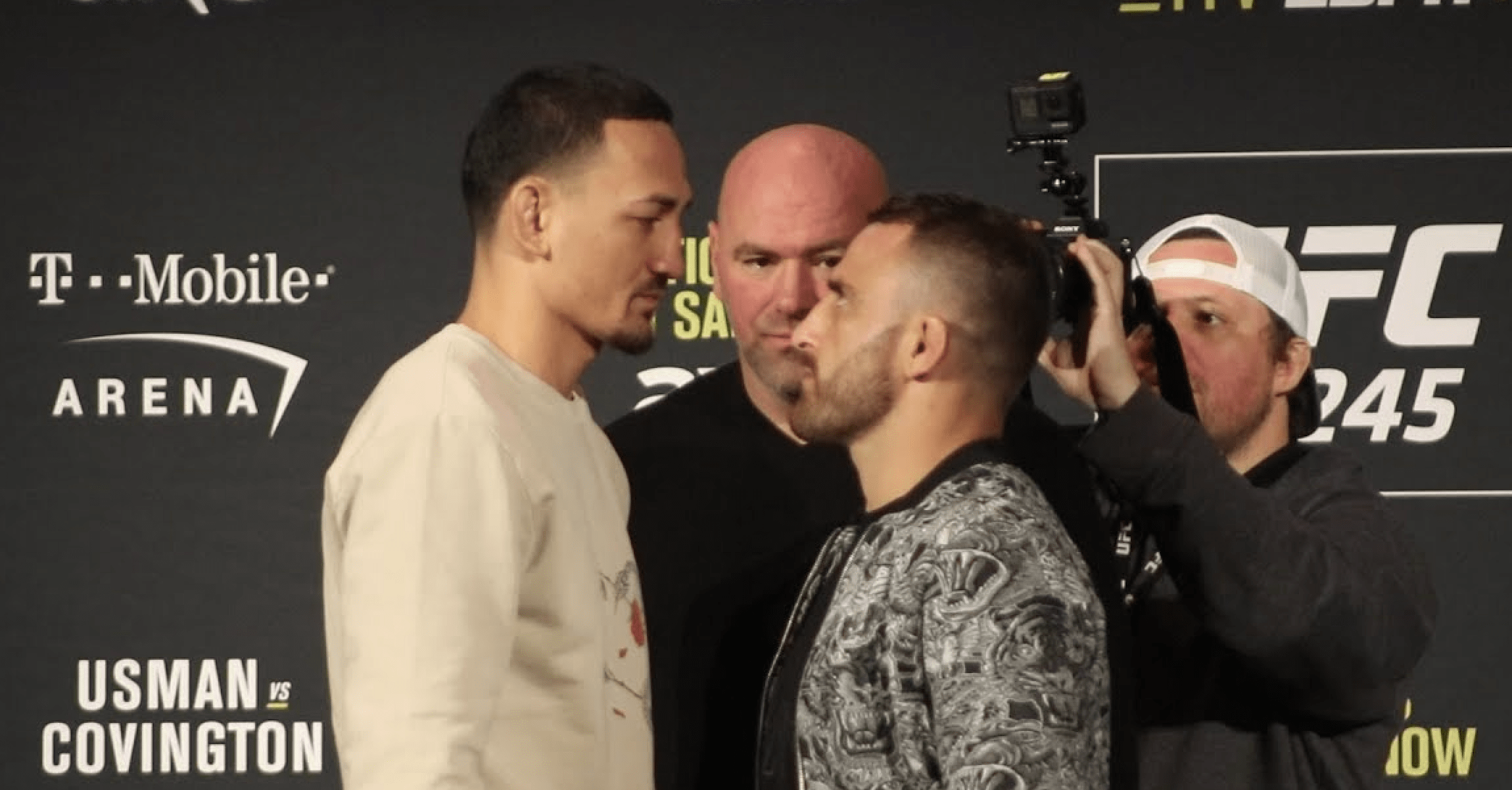 For many within the MMA community, Max Holloway is the greatest ever featherweight in UFC history. The former champion has two wins over the great Jose Aldo and amassed 14 straight wins at 145lbs, before losing the title to Alex Volkanovski last December at UFC 245.

So the stakes don’t get any bigger than UFC 251, where Holloway will once again face Volkanovski in a bid to reclaim the UFC featherweight title. Ahead of such a crucial fight, anything short of a perfect training camp would be far from ideal. However, for ‘Blessed’, his preparations were more unique than perfect.

Speaking to ESPN‘s Ariel Helwani, Holloway said that as a result of the coronavirus pandemic, he has trained alone without sparring in the lead up to UFC 251, and that the first time he saw his coaches this camp was at the airport when they were about to board the plane to Fight Island, on Yas Island in Abu Dhabi.

“Everything we were doing [was] through Zoom,” Holloway revealed. “If you got caught at the gym, because there was lockdown and stuff, we all could have gotten arrested. It was a little bit more of a sacrifice for me on my end if I went out there. You know [the authorities are] gonna make a point. [They] see my butt out there, ‘Yeah, let’s get this guy. Let’s make a point and put fear into people.'”

While far from ideal, Holloway is taking the positives out of the situation.

“There’s always [those] nagging injuries. But I didn’t get no new injury. Every camp, I usually get a new injury. I usually tell you guys I don’t have none, because that’s just us fighters.”

Tony Ferguson is famous for not sparring, insisting that he already knows how to fight. And now Holloway, through necessity rather than choice, has also gone down that road.

“I love sparring,” Holloway declared. “But this camp actually opened my eyes. We don’t really have to spar that much anymore. We’re at that point in my career, I know how to punch, I know how to kick. I know how to apply it.”

While many fans may question Holloway for taking the fight when he couldn’t prepare as well as he would have liked, the thought of not accepting the fight never crossed the 28 year old Hawaiian’s mind.

Although Holloways’s comments will shock most fans, his opponent isn’t taking them as gospel. Also speaking to Helwani, Volkanovski questioned the legitimacy of Max’s claims.

“To be quite honest, I don’t believe that,”Volkanovski said. “That’s all s***. Whether he’s doing it to cover things on his end. I don’t want to accuse him of anything, but we had to get exemptions to train, so I couldn’t train until I got that done. So there was a lot that needed to happen for the government. Again, I’m not going to accuse him of anything, but I don’t believe that he hasn’t been training. I’m preparing for a fully prepared Max either way.”

Do you believe Max Holloway? And how does he do in the rematch with Alex Volkanovski at UFC 251?