Whittaker: Adesanya Fight Is Better For Me Than Gastelum 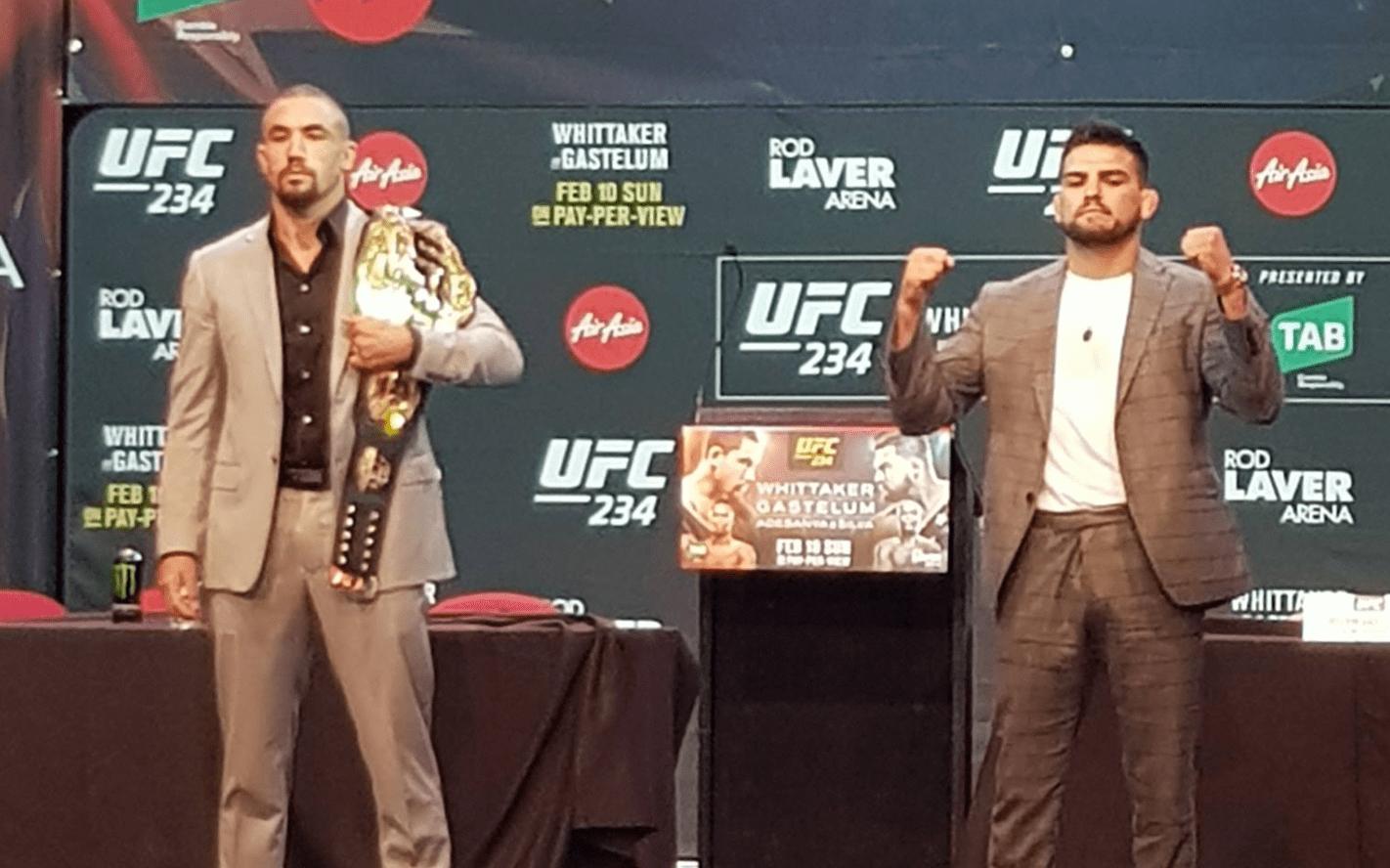 As we all know, Robert Whittaker was set to defend his UFC middleweight title against Kelvin Gastelum at UFC 234 in Melbourne earlier this month, when he was forced to pull out just hours before the card was due to get underway, due to a hernia a collapsed bowel.

Whilst Gastelum walked around the Rod Laver Arena wearing Henry Cejudo’s belt, announcing himself the new champion, and Israel Adesanya was beating Anderson Silva to a unanimous decision win, Whittaker was having an operation to save his life.

Since then, it has been announced that Gastelum and Adesanya will compete for the UFC interim middleweight title at UFC 236.

Speaking to Ariel on The Ariel Helwani Show, Whittaker gave an update on how he’s feeling a couple of weeks after the operation.

“I feel good. Obviously, I feel blessed to be able to be sitting here.”

“As serious as the surgery was and the injury and the illness, the overwhelming feeling was embarrassment.”

If all goes to plan, Whittaker hopes to be back inside the Octagon in August, when he would meet the winner of Gastelum and Adesanya. And after not being impressed with Adesanya’s performance against Silva, who he says is “easily on his way out”, he knows who he matches up better against.

“I think Adesanya matches up better for me. I think I can get inside his guard and I can put heat on him. I think Gastelum is a hard fight because he’s a tough guy with a thick head. [Adesanya] is not an easier fight, wrong word. It’s a better fight for me.”