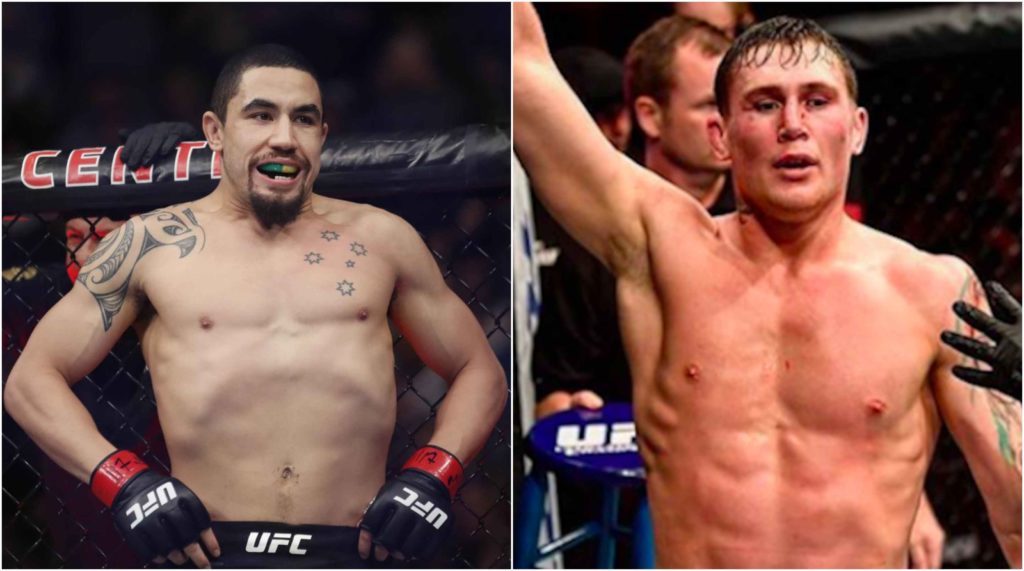 Former UFC middleweight champion Robert Whittaker hasn’t fought since losing the belt to Israel Adesanya at UFC 243 last October. Since then, the 29 year old has openly discussed experiencing a burnout and motivation issues. However, after a break away from the sport, ‘Bobby Knuckles’ is back. He returns this weekend in the UFC Fight Island 3 main event, where he is set to take on the number five ranked contender, Darren Till.

When the world went into lockdown due to the coronavirus, Whittaker and Till joked about making their upcoming bout a catchweight fight at 195lbs, so that they could enjoy their ‘chips and dips’. Speaking at the UFC Fight Island 3 media day (transcript by MMA Fighting), ‘The Reaper’ how his banter with ‘The Gorilla’ began.

“After he said, ‘chips and dips’ I trained twice as hard. I hope he believes me, I hope he didn’t train, because I trained my absolute ass off and I’m going to come in there very, very good.”

Just days ahead of their clash, the banter remains.

“I hope he breaks his leg on the way in. Then I’ll fight him with a broken leg,” Whittaker joked.

Whittaker recently stated that his personal issues have been present in his career since his first fight against Yoel Romero back in 2017, but he has now eventually found a way to overcome them.

Whittaker didn’t want to offer a prediction for the upcoming fight in his weight class between the new champion Israel Adesanya, and Paulo Costa. But he had a message for everyone in the UFC middleweight division.

Till also gave his thoughts on the upcoming fight against Whittaker. Speaking on the Luke Thomas Show, ‘The Gorilla’ was asked about the fact that they will have to compete on Yas Island in Abu Dhabi at the crack of dawn.

And when asked about what version of Whittaker he expects to turn up this weekend, Till didn’t miss out the opportunity to have some fun with his answer.

“I just hope he’s very, very sluggish at that time in the morning, and I can catch him in the very first round, and I can go home. That’s what I’m hoping for, I don’t want to see the best Rob.”

All jokes aside, Whittaker and Till have both said that they will bring their best versions of themselves to their middleweight encounter this weekend, and that it will be all business on the night.

Who do you have winning the UFC Fight Island 3 main event between Robert Whittaker and Darren Till?