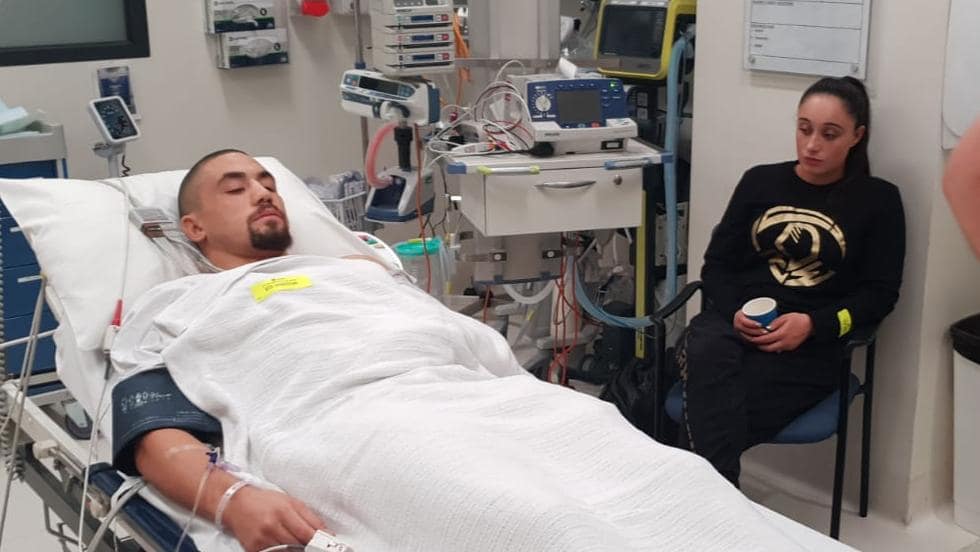 UFC middleweight champion Robert Whittaker has been released from hospital, following the emergency surgery on his hernia on Sunday.

His manager Titus Day said that although he had been released from hospital, Whittaker is not allowed to fly home from Melbourne to Sydney until Monday.

Day said that Whittaker’s doctors said he won’t be able to do much more than just walking for four to six weeks. After which he can then start light training, if all goes well. Day told ESPN that he expected Whittaker to return in the summer

“I’d say he’ll be able to fight next sometime between June and August depending on recovery. Hopefully closer to June.”

Whittaker was due to defend his UFC middleweight title against Kelvin Gastelum at UFC 234 on Sunday morning but was forced to withdraw from the fight just hours before the event got under way after suffering from a collapsed bowel and an internal hernia on the Saturday night.

In the last few days, both Gastelum and Israel Adesanya, who beat Anderson Silva at UFC 234, have campaigned to fight for the title, before Whittaker returns.