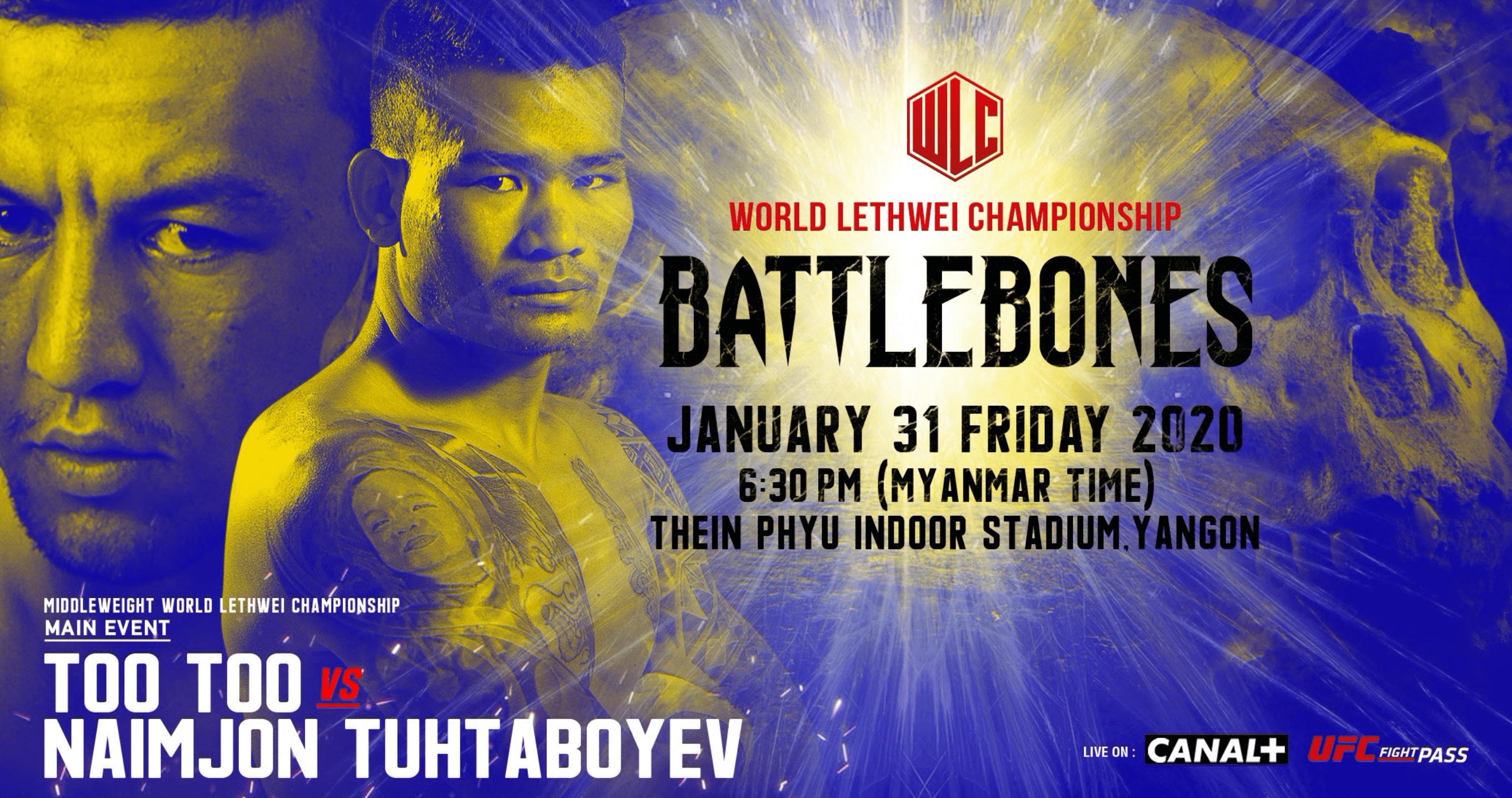 Five years ago, Uzbekistan’s Naimjon Tuhtaboyev and Myanmar’s Too Too faced off in a Muay Thai event in the heart of Thailand. Back then, both fledging fighters were in the early days of what would becomestoried careers for both men. At WLC: Battlebones. their paths will cross again.

That fight was a back-and-forth war, with both fighters coming close to a knockout victory. Ultimately, the judges that night deemed Tuhtaboyev the winner, granting him the decision victory.

Since then, Too Too has been a force in his home country of Myanmar, winning the World Lethwei Championship middleweight title in 2018, the most prestigious prize in the Burmese martial art of lethwei. Tuhtaboyev meanwhile, has been involved in some huge fights on Muay Thai scene, and impressed in his lethwei debut, when he beat local hero Phyan Thwe, to earn him a shot at the middleweight title and a chance to prove once again that he is the better of the two fighters.

Having won their first meeting, Tuhtaboyev is going into their rematch full of confidence.

“I already do it once before and I can do it again. I am not the same fighter as I was back then. I am so much stronger, more technically refined and more experienced.”

Because their first bout was fought under the Muay Thai Kard Chuek ruleset, which is Muay Thai but with wraps used instead of gloves, the only rule difference from their first fight will be that head butts will be allowed this time, under the lethwei rules. Tuhtaboyev isn’t concerned with the addition of headbutts and insisted that he would win under any ruleset.

“As a fighter, all the different rules do not affect me. I am here to do my job and it doesn’t matter what platform it is. I want to be the greatest fighter in lethwei and there’s nothing Too Too can do that will stop me from getting there.”

When asked how he envisioned the fight ending, Tuhtaboyev had a very direct answer.

WLC: Battlebones goes down at the Thein Phyu Stadium in Yangon, Myanmar, on January 31st. It will be shown live on Canal+ and UFC Fight Pass.