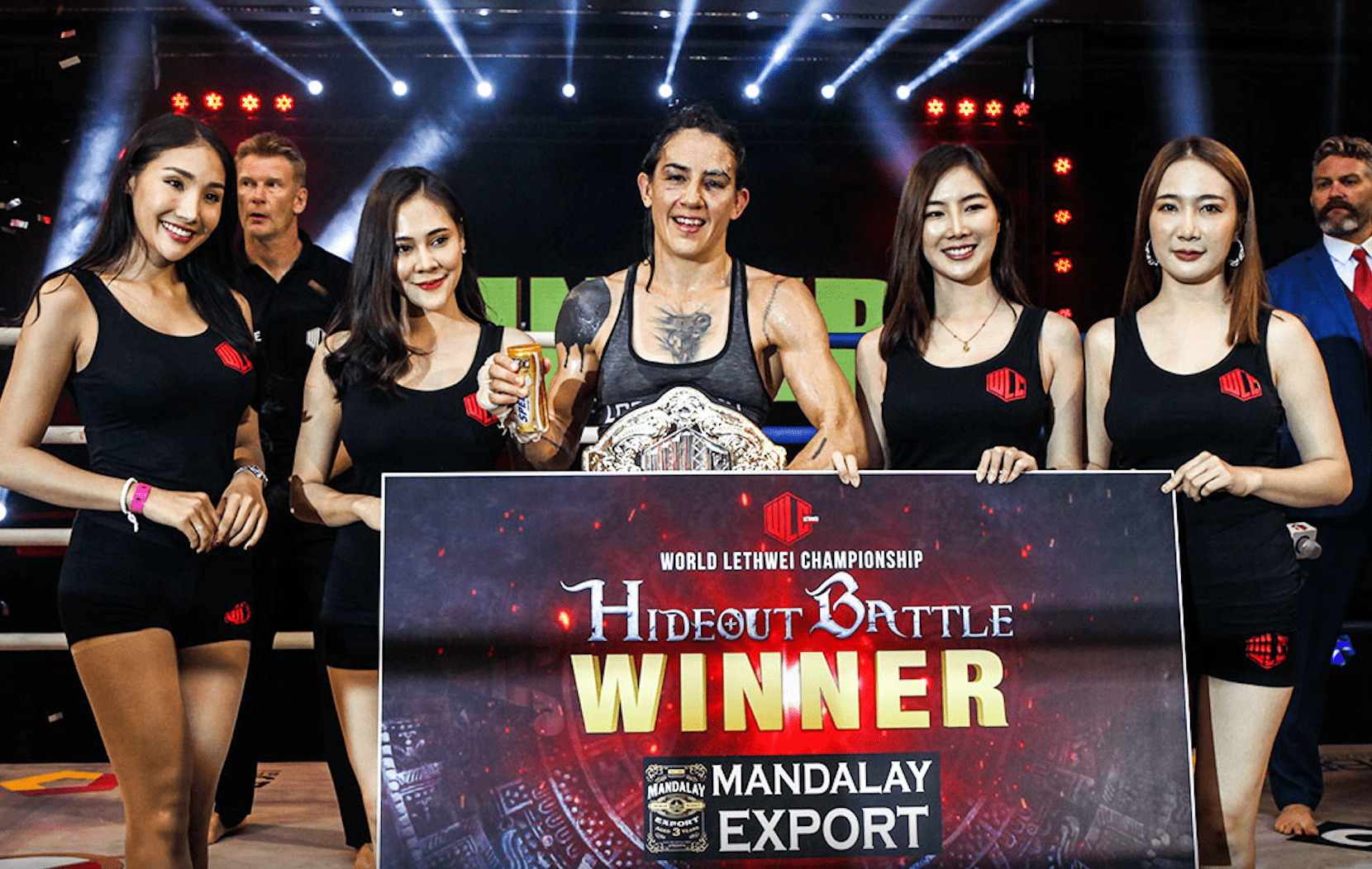 The World Lethwei Championship is back after a six months hiatus as a result of the global coronavirus pandemic. WLC: Hideout Battle went down behind closed doors on Friday night. In the main event, France’s Souris Manfredi became the first ever female lethwei world champion, when she beat Spain’s Maisha Katz.

At the end of the fourth round, the referee had seen Katz take enough damage and waved the fight off, earning Manfredi the WLC women’s bantamweight title, and a place in history.

In the WLC: Hideout Battle co-main event, Myanmar’s So Mi Ong Luktupfah won an epic back and forth war against Artur Te of Uzbekistan, who was making his lethwei debut. Despite scoring multiple knockdowns, the Myanmar veteran had to settle for a split decision win.

Omar Mahir defeats Tophik Abdullaev via KO at 1:24 in round 1