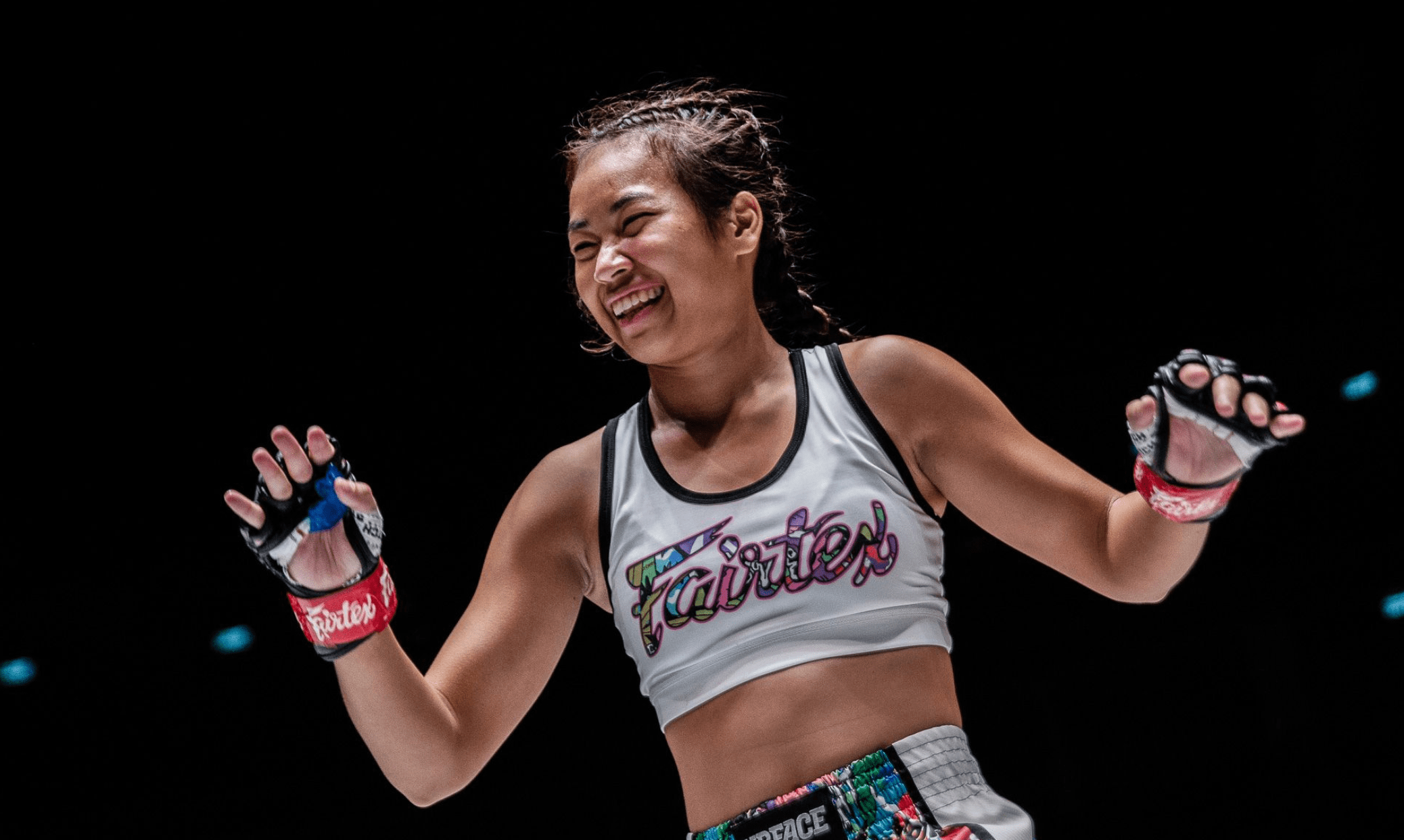 Wondergirl Fairtex will be making her third ONE Championship appearance this Friday night in Singapore at ONE: Fists of Fury, as she takes on the debuting Jackie Buntan in a strawweight Muay Thai match.

“I Always Do My Best”

The 22 year old burst on the scene last year with two spectacular performances against Brooke Farrell at ONE: No Surrender 3, and KC Carlos at ONE: A New Breed. In an exclusive interview with Asian Persuasion MMA, Wondergirl said that life has been a little different for her since debuting on martial arts’ biggest stage.

“I have more fans,” said Wondergirl, “My fans from around the world increased after my last two fights in ONE Championship. I got more followers. Thank you so much guys for following me and supporting me.”

Riding on the momentum of two impressive knockouts, Wondergirl is bursting with confidence. Her mindset is to always give everything she has and leave it all in the ring, which is what she plans to do when she faces Buntan.

“I have a bit more confidence because I got two good wins,” Wondergirl said. “But I always do my best. I never underestimate my opponent. I always go a hundred percent. This time, this fight, I’ll do my best too.”

Buntan is the teammate of reigning ONE kickboxing atomweight champion, Janet Todd. Ahead of their clash, Wondergirl sang the praises of the Filipino-American debutant.

“I think she’s a great fighter,” said Wondergirl. “She’s got the best partner: Janet Todd. It’ll be great for her to have a good partner to train with. I think she will improve a lot for sure.

“Basically, she’s a technical fighter. I like her style. But I have an advantage in my reach and I’ll use that as advantage in this fight.”

Wondergirl tries to do her fair share of studying when it comes to her opponents. In the case of Buntan, she has taken to watching her training videos.

“I saw her video on Instagram kind of drilling,” Wondergirl said. “But I don’t really see her fights that much. It was like a year-and-a-half ago. So it was a long time ago. I think she’s improved a lot from that.”

The Fairtex representative will be part of stacked card filled with some of the best striking stars in the world. For her, it is an honour to be featured in this event.

“It’s my honour to fight with the same superstars, kickboxers, in this card,” said Wondergirl.

“Hopefully She Will Fight Soon”

Not only did Wondergirl make he ONE debut in 2020, her 16 year old sister Supergirl also burst on the scene with an explosive debut at ONE: A New Breed 2, where she knocked out Milagros Lopez.

“Hopefully, she will fight soon,” Wondergirl said of her sister. “Because now she’s studying, she’s still in high school. I think we will wait until she has a school break and then have a fight. But she’s still training after school every day.”

Wondergirl isn’t making any bold predictions for her fight on Friday night but she promises to bring her best to the ONE Circle.

“I can’t tell,” said Wondergirl. “As I said, I do my best for every fight. So the result is going to be the best for me because I’ll do what I have. I’ll do the best that I can do.”

Muay Thai isn’t the only sport Wondergirl has been focused on. She has also recently attained her blue belt in Brazilian jiu-jitsu. This has raised questions as to whether she will take the path of mixed martial arts. Ideally, she would like to jump on the opportunity of an MMA fight whenever it is presented to her.

And if she gets her way, Wondergirl will make her MMA debut this year.

“I hope I will get an MMA fight this year,” Wondergirl said. “I want to because my coach DJ [Jackson] really wants me to fight MMA. It’s been a long time that we’ve trained MMA and BJJ. I did competitions too and I just got promoted to blue belt.

Who emerges victorious when Wondergirl Fairtex takes on Jackie Buntan at ONE: Fists of Fury?