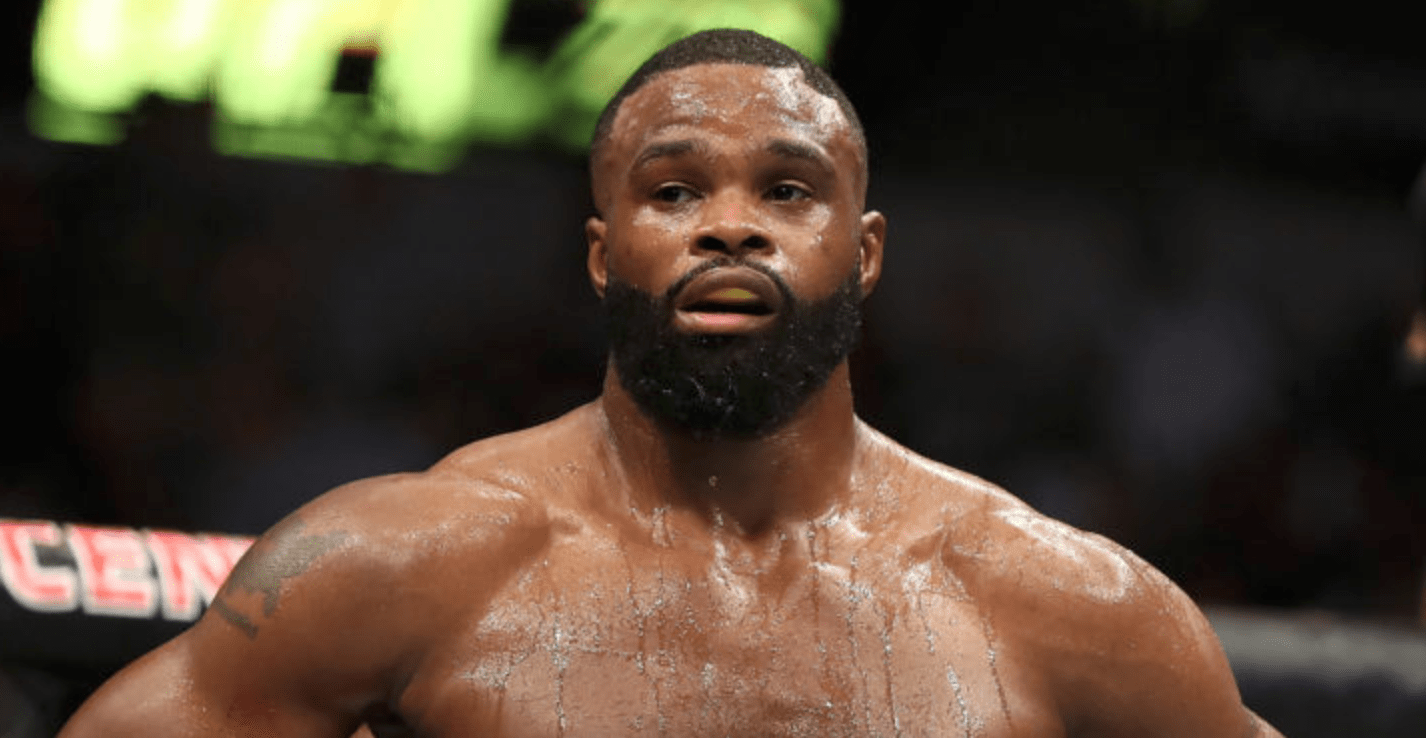 Former UFC welterweight champion Tyron Woodley, has had a tumultuous career with the promotion, often thrashed publicly by Dana White for not giving fans the kind of fights they want to see. After his last loss against Kamaru Usman at UFC 235, where he got dominated for five rounds, many people thought it might be the end for ‘The Chosen One’.

Woodley remains defiant however. Speaking to TMZ (as transcribed by MMA Fighting), the 38 year old stated that he should have received an immediate rematch with Usman, rather than a fight with Leon Edwards at UFC London, which was later cancelled because of the coronavirus.

“Originally I was supposed to fight Leon Edwards,” Woodley said. “To be honest, originally I was supposed to fight Colby but in reality, I should’ve been fighting Usman. There’s no way you can be a world titleholder for three years, have four title defences, have one bad night – we’re all gonna have a bad night – one bad night for whatever reason, and not get an immediate rematch. I feel like what I did in the sport should’ve warranted that. Even if it wasn’t a good performance.”

Although Woodley has recently been calling out Covington again, the former UFC 170lbs champion states he doesn’t care who he fights next.

“I don’t even care at this point, I’m seeking performances. I want to go out and I want to put three or four crazy performances in this year where people are like ‘What the f*** did he do to Tyron? Why did he whoop his ass like that?’ That’s all I’m thinking about, so it really doesn’t matter at this point.

“At this point, I’m willing to fight anybody because at the end of the day everybody’s good, everybody’s tough, and when you’re the champion you don’t get a chance to pick who you fight. So right now I feel like I had a bad night, but I’m still the champion in my mind. I’ve still got the mentality, I’ve still got the skillset, so I’ve got to align where my mind’s at to actually getting back to that belt. So whatever fights get me to that belt, that’s what I’m doing.

“It’s not really a vendetta against Usman. Usman just beat me that night. I don’t have nothing personal against anybody. Whoever is wearing the strap when it’s time for me to go, that’s who I want to fight.”

But not content with calling out welterweights, it seems a move to middleweight is also on Woodley’s mind.

Speaking on Instagram Live (as transcribed by The Mac Life), Woodley said he intends to clear out the welterweight division and then move up to face the middleweight champion, Israel Adesanya.

“I’m just getting started. I’m not going to act like I’m going to be here until I’m 45, but I’m not going anywhere for a while. I’ve got a lot of people and mouths to shut up. And then I want to spend some time at middleweight too. I’ve got to clean up the division. Three or four fights in the welterweight division, and when I feel like I can comfortably say that I’ve wiped everybody out, then I want to go up there and see what Izzy is about.

“I’m going straight for the belt, whoever [has it]. I ain’t going up to play games. I’m already a five-time world champion.”

This isn’t the first time Woodley has discussed the idea of moving up, he discussed it previously when he was still the UFC welterweight champion.

Adesanya has been on a tear in the UFC since his promotional debut in 2018, winning the UFC 185lbs title in only his seventh fight in the organisation. His recent defence against Yoel Romero at UFC 248 however, has left many believing they see holes in his game. Woodley is among those who think so.

“I don’t think he’s as dope as everybody is saying,” Woodley said. “I think he’s great, but everyone is making him out like he’s some phenomenon. I’ve seen some exposure in the Gastelum fight — somebody I walked through. I’ve seen some exposure in the Yoel Romero fight. He’s scared of guys with power. One thing that Yoel and I have in common — [although] not the same — is power, explosiveness. It didn’t seem like he was trying to deal with that at all.”

Needless to say, it didn’t take Adesanya long to respond to Woodley’s comments.

Adesanya’s response brought a chain of reactions. Firstly, Woodley hitting back at ‘The Last Stylebender’ and then some back and forth between Leon Edwards and Tyron.

What do you think of a clash between Tyron Woodley and Israel Adesanya?

There has since been a lot more back and forth between Woodley and Adesanya. And Dan Hooker, who has joined the conversation.

There has been more back and forth in the last 24 hours!

Woodley and Hooker have fired what appears to be their last shots at each other. For now.

We will update this post though, should there be more back and forth between Team Adesanya and Woodley.