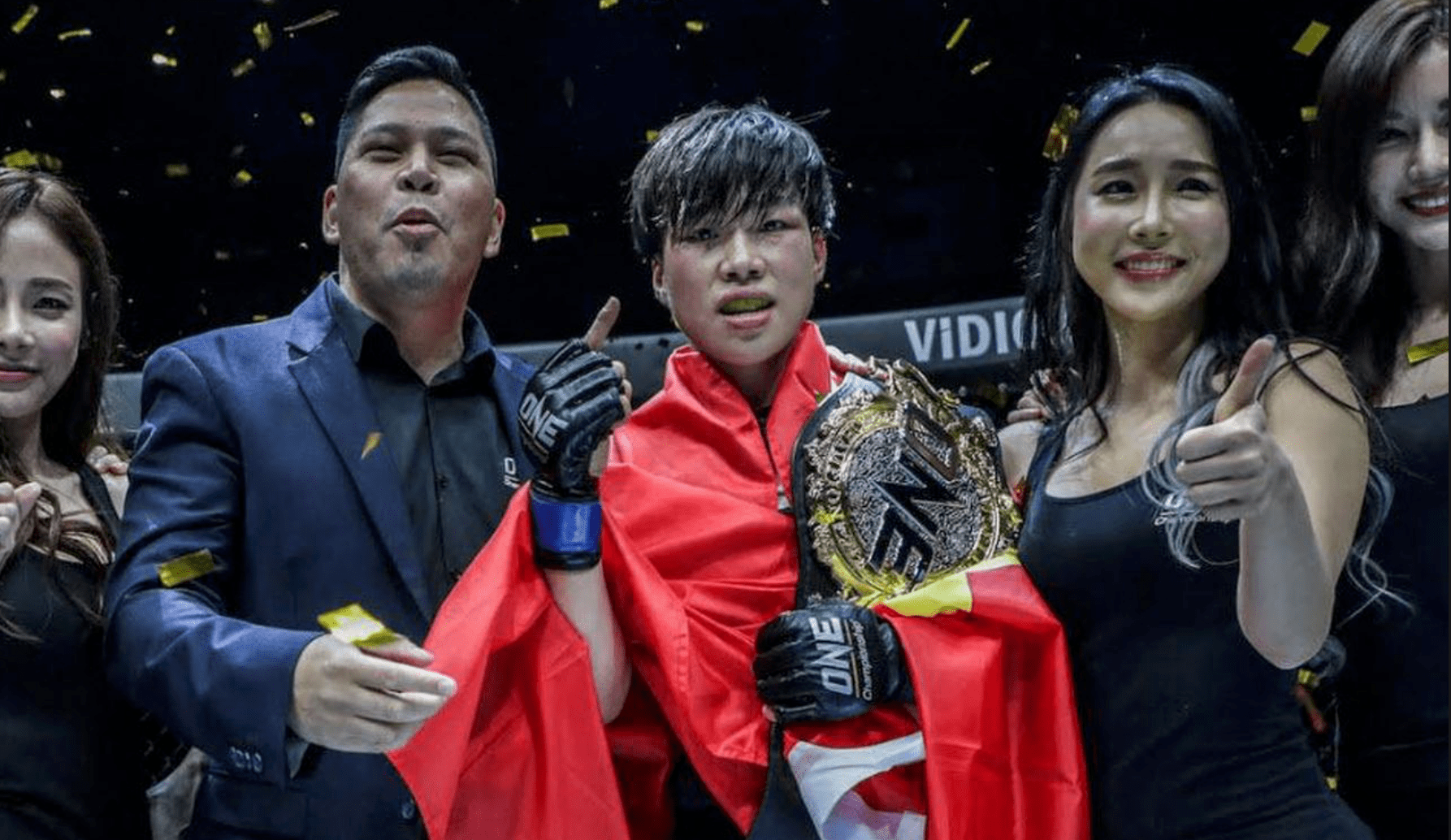 She boasts speed, strength and knockout power. But the team leading Xiong Jing Nan’s quest for greatness insists another weapon in her armory will bring about the downfall of “Unstoppable” Angela Lee.

While Xiong has forecast a decisive finish of Lee in their ONE Strawweight World Title bout at ONE: A NEW ERA in Tokyo on 31 March, the Chinese World Champion’s head striking coach Don Carlo-Clauss predicts his protege will dismantle Lee with sheer pressure.

“I think it’s very possible (that Jing Nan will knock Lee out), but if she goes in there and hunts that knockout straight off the bat, then she might get herself in a little trouble,” Carlo-Clauss explained.

“I think we’ve got to be patient and take the opportunities when they come. We see holes in Angela’s game and we want to exploit those holes, but when you watch Jing Nan’s fights, she doesn’t necessarily have that one-punch knockout power – or at least she hasn’t displayed that in her previous fights – but what she has is a tenacity and a ferociousness that she keeps pouring it on and it keeps adding up and adding up and people wilt underneath that.

“It’s just an accumulation of damage and I really just don’t see Angela being able to keep up with the pace. We can talk about strength, speed and power and all those things, but the real reality is Jing Nan is a fighter. She wants to get in there and make it dirty, she wants to hit and she wants to get hit and I don’t see that same ferociousness and mentality from Angela Lee.”

Irrespective of how the bout ends, Carlo-Clauss remains supremely confident Xiong will inflict Lee’s first career defeat. He believes the shift in weight class will prove too much for Lee, the current ONE Women’s Atomweight World Champion.

“We got ready and then obviously Angela couldn’t hold up. Angela has been inactive for a year or more now, dealing with debilitating injuries, so she’s got her work cut out for her.”

Carlo-Clauss said Lee’s narrow win over Japan’s Mei Yamaguchi was proof that the Singaporean would struggle against a bigger opponent.

“If you watched her last fight with Yamaguchi, she had the height and length advantage and still couldn’t get out of the way of Mei’s right hand, repeatedly,” Carlo-Clauss said.

“In my mind she (Lee) lost. She clearly lost the third round and it’s debatable that she even won that fight.

“Now she’s going up in weight to fight a bigger, taller, stronger, more aggressive opponent. So if you read between the lines you know where we stand on it.”