Yair Rodriguez vs Jeremy Stephens Being Re-booked For UFC Boston 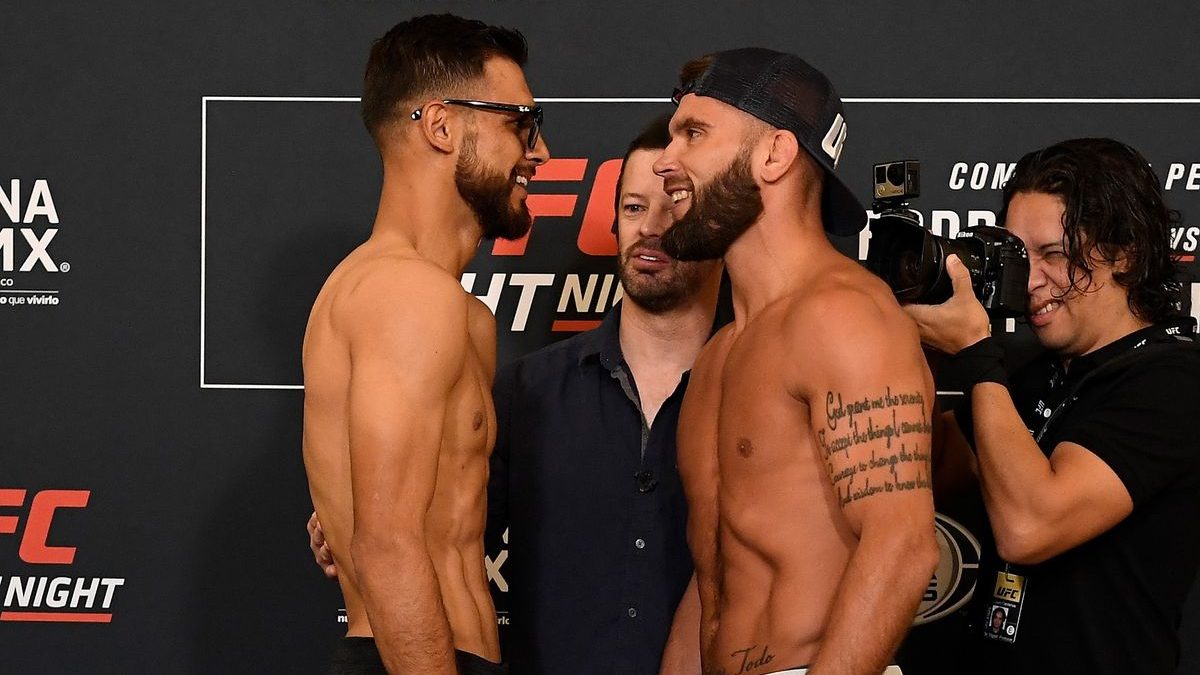 At UFC Mexico City, the featherweight main event between Yair Rodriguez and Jeremy Stephens ended in just 15 seconds. There has been bad blood between the two since the finish, with Yair claiming Stephens ‘quit’, while Stephens revealed that the two got into a scuffle at the hotel.

The MMA fans didn’t have to wait long for the promotion to re-book the fight. According to ESPN’s Brett Okamoto, UFC has re-booked the fight as the co-main event for UFC Boston in October.

UFC Boston, which will see light heavyweight contenders Chris Weidman and Dominick Reyes square off in the main event, will have Yair taking on Stephens in the co-main event. Greg Hardy, who was originally supposed to fight in Singapore, has been re-booked to face Ben Sosoli in Boston.

‘El Pantera’ and ‘Lil’ Heathen’ faced each other this past weekend in the main event of UFC Mexico City. However, Yair inadvertently poked Jeremy in the eye. With Stephens unable to open his eye, the referee had no other choice but to call off the fight after giving Stephens five minutes.

Since then, both the fighters have been going back and forth. While Rodriguez has called Stephens a ‘quitter’, Jeremy said he’d be willing to fight Yair on American soil as soon as possible. Stephens also received a medical suspension for six months, but has been cleared to fight by an ophthalmologist.