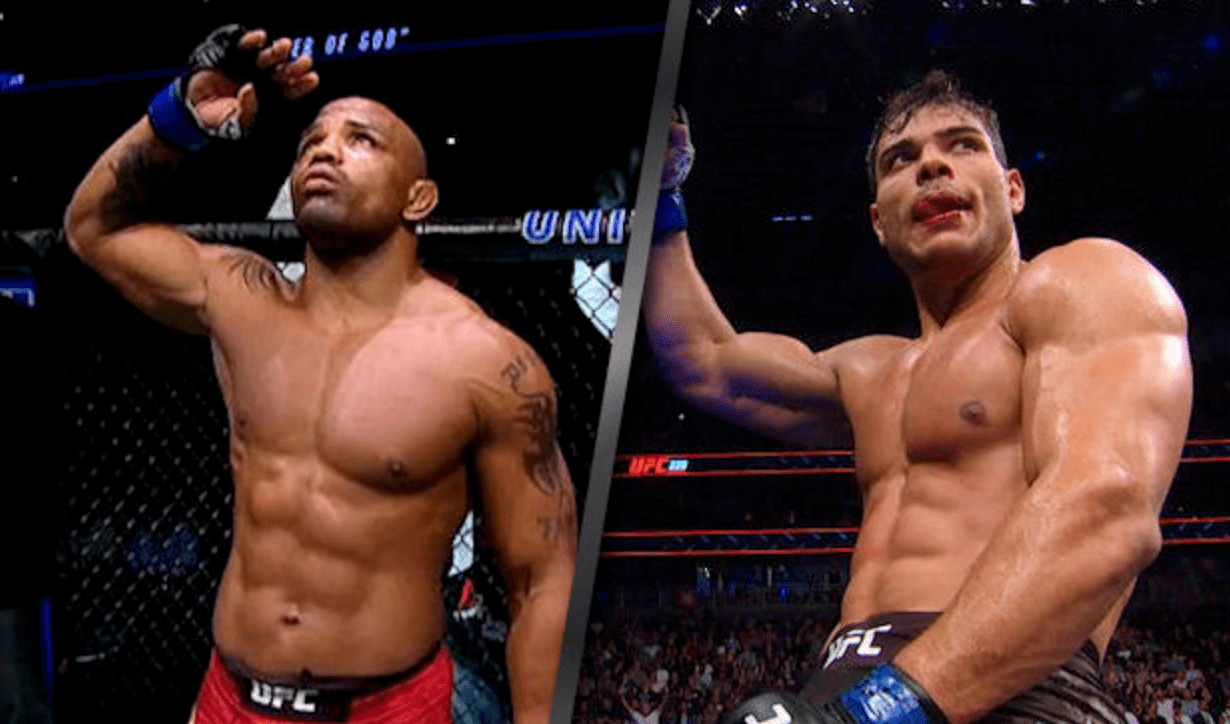 Last week we reported that the anticipated fight between the two UFC middleweight powerhouses Yoel Romero and Paulo Costa, was about to been confirmed. However, a couple of days later, the UFC announced that Romero would instead rematch ‘Jacare’ Souza.

Romero has now claimed that the reason he is not fighting Costa is because the Brazilian has failed a USADA drug test. As he told Ariel on The Ariel Helwani Show.

“The problem is, what I hear, Paulo Costa, he had the positive test from USADA. That’s what happened. That’s what I hear. The UFC called my manager and say Paulo Costa is out because he’s positive. Now we need to see another opponent. They say we have Jacare Souza. I say okay, I fight him.

“This is the UFC, this is MMA, this is the sport. It is what it is. My mind is open. Before I have many, many opponents who don’t show and you need your mind and preparation for this. I say it is what it is. You can’t fight? Give me another opponent.”

According to Ariel, Romero contacted him immediately after the show, to clarify his comments.

Neither the UFC or USADA has officially commented on the matter at the time of writing this. Last September, the UFC and USADA changed their policies and stopped announcing potential anti-doping violations committed by UFC fighters, until their cases are resolved.

Romero will face Souza in the main event on the UFC Florida card, on April 27th. You can read more about it here.