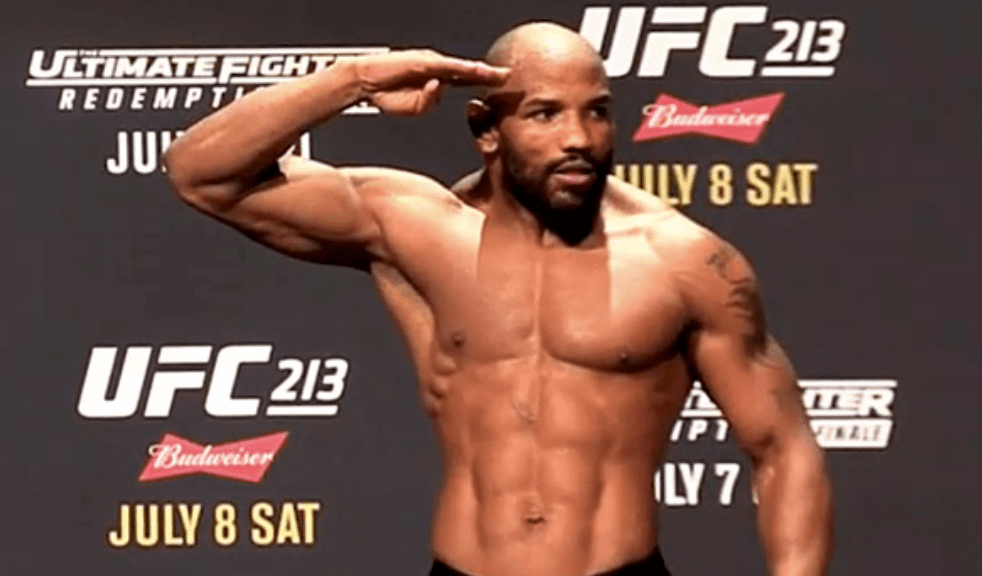 Four-time UFC title challenger Yoel Romero was taken by surprise by the UFC’s decision to release him, earlier this month.

Romero is among the first fighters to be released as part of the UFC’s major downsizing. The move came as a shock to the MMA world as ‘Soldier of God’ still has a lot to offer, but Dana White hinted at his age and recent run of losses as the main reasons for him parting ways with the promotion.

The 43 year old signed with Bellator earlier this week, and is now looking forward to the next chapter in his career. Speaking to ESPN however, he revealed that he was in talks with the UFC for his next fight when he found out he was released by the promotion.

“I was already in training, very hard, getting ready,” Romero said. “We were already thinking about fighting in January or February in 185 [pounds] or 205. We were looking to fight with the top three in either division.

“My managers explained this to the top of the UFC. [But they] wanted [me] to fight with Uriah Hall, Derek Brunson. We explained that it didn’t make sense for [me] to fight with these young men. We had an idea we were chasing the world title. The way we were training, we knew we had one or two fights and then go for the belt. Our thought was fighting any of these guys in the back of the roster was taking steps backwards, not forwards.”

The UFC also offered him Johnny Walker at light heavyweight, but Romero and his team wanted a top contender, leading to a deadlock between the two parties, which eventually led to his unexpected release.

“They came back with an offer for us to fight Johnny Walker at 205,” Romero said. “My managers initially were saying who we wanted: Dominick Reyes, Glover [Teixeira], [Thiago] Santos and Anthony Smith. And it was back and forth, kind of quiet on their end; and once they reached back, it was we couldn’t come to an agreement and they were going to commit to the release.”

Romero’s move to Bellator has stirred talks of a potential light heavyweight showdown with former UFC 205lbs title challenger Anthony Johnson, who also joined the promotion recently. And ‘Soldier of God’ is positive his first fight in Bellator will be against ‘Rumble’.

“At 205, Bellator has a huge amount of incredible athletes,” Romero said. “There’s a lot of prospects. There’s a lot of opportunities. To throw a name out there right now is pure speculation. There’s a lot of things going on behind the scenes that I’m not supposed to speak about, that I can’t say yet. But there’s a huge possibility, a 90 percent chance, that he’ll be the first one to face Yoel Romero.”

Also speaking to ESPN, Johnson said he too is looking forward to fighting Romero.

“I have the utmost respect for Yoel,” Johnson said. “If we fight, we fight. I look forward to it, if it happens.”

Romero last fought in March at UFC 248, where he lost an uneventful five round unanimous decision to Israel Adesanya while challenging for the middleweight title. As for Johnson, he hasn’t fought in almost four years since losing to his second 205lbs title shot against Daniel Cormier at UFC 210.

Who do you have winnings in a fight between Yoel Romero and Anthony Johnson?