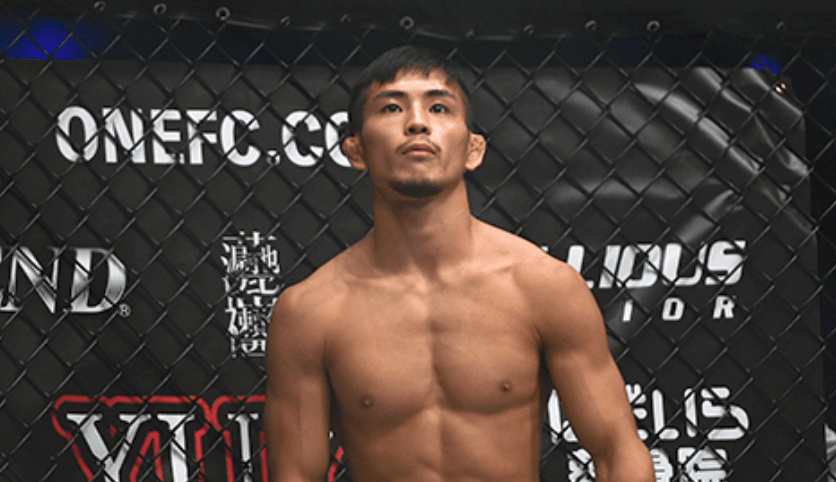 Yuya “Little Piranha” Wakamatsu is looking for another knockout victory over “Ottogi” Dae Hwan Kim on October 13th at ONE: CENTURY PART I.

Wakamatsu wants to redeem himself when he returns to the Ryogoku Kokugikan in Tokyo after being eliminated from the ONE Flyweight World Grand Prix Quarterfinals by Demetrious Johnson.

Prior to that match, he also lost his debut performance to Danny Kingad. This time, his confidence is brimming after knocking out former ONE Flyweight World Champion Geje Eustaquio at ONE: DAWN OF HEROES in Manila.

The “Little Piranha” was able to keep his presence of mind, landing a perfectly-timed right cross that dropped Eustaquio — a feat he attributed to his preparations.

“Fighting all comes down to moments in time,” Wakamatsu said. “If I didn’t stay alert, Eustaquio would have caught me with his punches and kicks. I prepared to be wary of those dangerous situations in training. My timing was good, I found a way in after one of his kicks, and the finish was good.”

Wakamatsu has been spending the majority of his time at various gyms, seeking to perfect each aspect of his game.

“I also go to Kadoebi Boxing Gym once a week to train with World Champion Mr. [Hideyuki] Ohashi,” Wakamatsu said. “I take private grappling lessons from Kohei Yasumi at Lotus Setagaya Gym, and I join another grappling sparring session at Toikatsu Dojo.”

The Japanese, so far, has faced challenging opponents, and Kim is not going to be any different. The KAMMA Bantamweight Champion will be going down a weight class after competing in the bantamweight division since the start of his career.

Wakamatsu has studied his South Korean counterpart and found some similarities with Eustaquio. He believes that his training is on track and needs minor adjustments.

“His style is not so different from Geje Eustaquio in my last fight, so the game plan is easy,” Wakamatsu said.

If his information about Dae Hwan is accurate, then the 24-year-old Pancrase Flyweight Tournament Champion’s prediction of a knockout victory is not far off.

“I have a lot of strategies, and he knows I’ll throw hands – he’s prepared – but I’m coming with more than he’s ready for, and I’m coming for the KO,” Wakamatsu said. “I want him to see me coming to the cage on the day and realize he’s done for. I’m going to pressure and overpower him with a level of speed, power, and technique that he’s never trained for. I have an answer for any of his attacks – striking or grappling.”

ONE: A NEW ERA seemed to have happened ages ago for Wakamatsu. The six months between his first and second ONE Championship appearance in Japan moulded him into a better athlete. He now has a lot more confidence and power.

“I’ll show my evolution since fighting DJ. I won’t be knocked out, I won’t be taken down, I’m out to overwhelm him, and I want the world to know – I can win in any way. My plan is to knock out Dae Hwan Kim, then [rematch] Kingad and DJ, and become ONE Flyweight World Champion.”