Zamboanga Excited To Showcase Skills Honed In Thailand In ONE Debut 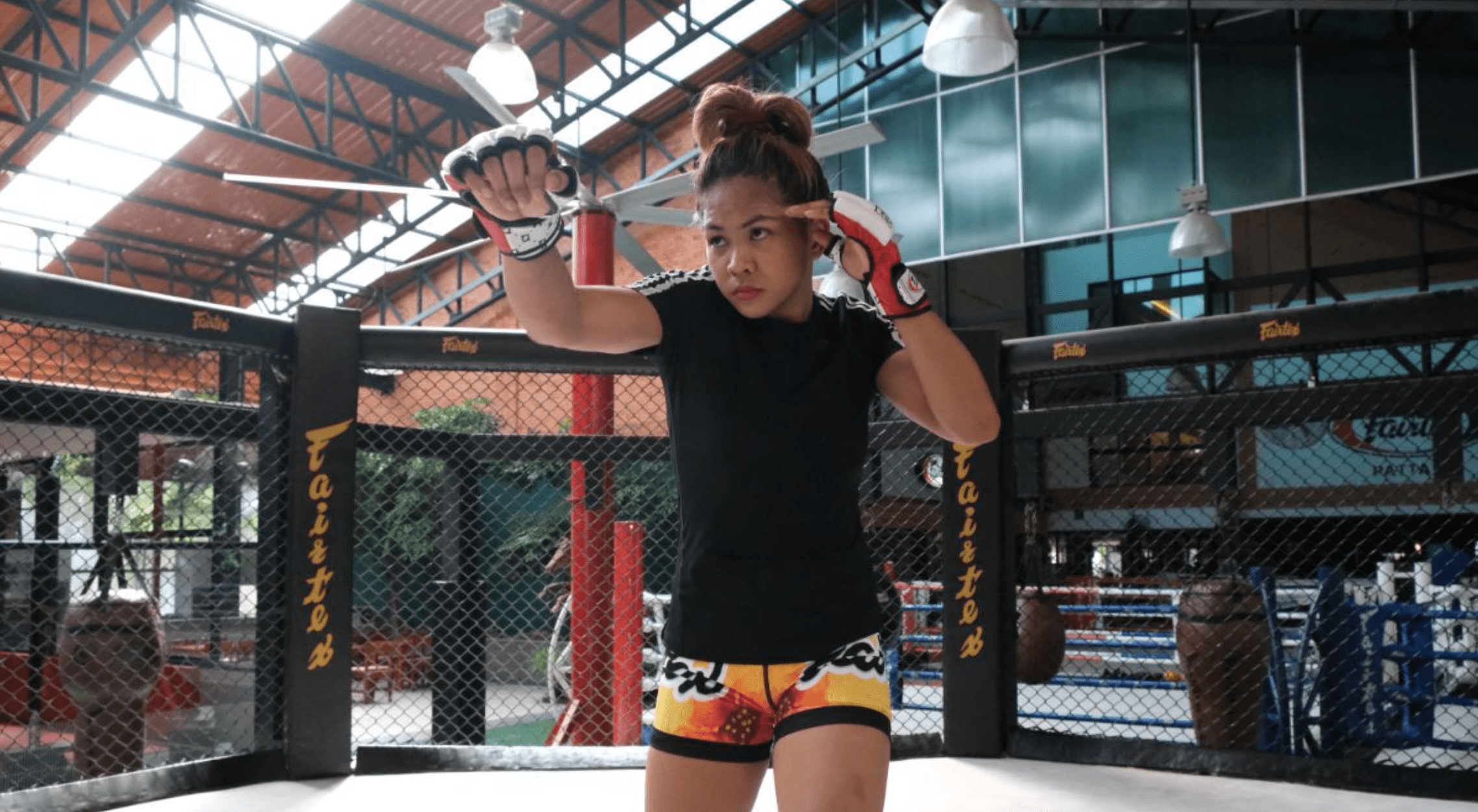 Denice “The Menace Fairtex” Zamboanga is set to make her ONE Championship debut next weekend in Kuala Lumpur, against Wushu World Champion and MIMMA Women’s Champion Jihin “Shadow Cat” Radzuan. The two top Atomweights will settle their mettle at ONE: MARK OF GREATNESS.

The 22-year-old Filipina followed in the footsteps of her older brother, Drex Zamboanga (the current URCC Global World Bantamweight champion) and became a professional martial artist in 2017.

After competing in Korea and the Philippines, the so far undefeated at 5-0 Zamboanga wanted to improve her skills further and take them to the next level. She heeded the advice from her good friend, and now fellow ONE Championship athlete, Rome “The Rebel” Trinidad, to spend part of her training camp in Thailand, training with some of the world’s best at the Fairtex Training Center in Pattaya.

“I initially learned karate from my brother Drex, but I want to learn more and make my skills world-class, and that made me decide to go and train here in Fairtex,” Zamboanga told Kumite TV.

“Fairtex Training Center gym produces World Champions, and I’m impressed with how their athletes perform on the international stage, like Stamp [Fairtex]. I love the type of training and the facilities they offer. I have a lot of female sparring partners here, which I had difficulty finding back home [in the Philippines].”

Since April, Zamboanga has spent most of her time working on her craft in Pattaya. Where along the way, she instantly clicked with the reigning ONE Atomweight Muay Thai and Kickboxing World Champion, Stamp Fairtex.

“Stamp is like a sister to me and my best friend,” Zamboanga said. “It’s like finding your long lost twin. We do the same training program, eat out, and going to the water park, and have fun. We also share a lot of stories, motivate each other, and do the usual things best friends do for each other.”

“She is humble, hardworking, strong, and I love her determination. That’s the quality of a fighter I aspire to be,” she added.

The opportunity Zamboanga has been training hard for is fast approaching in the next six days. Though she is surrounded by great talent and numerous world champions, Zamboanga wants to carve her own path and make a name for herself in the world’s largest martial arts organization, ONE Championship.

“I’m excited to showcase the skills I have been honing here the past eight months,” Zamboanga concluded. “I want to make my mark in the world of martial arts, and I believe that this huge decision of moving to Thailand and training with the rest of the Fairtex team will help me achieve my goals. I will definitely give my best as my gratitude to my second family.”

ONE: MARK OF GREATNESS goes down Friday, December 6th at the Axiata Arena in Kuala Lumpur, Malaysia.