Zebaztian Kadestam To Defend Title At ONE: Reign Of Valor 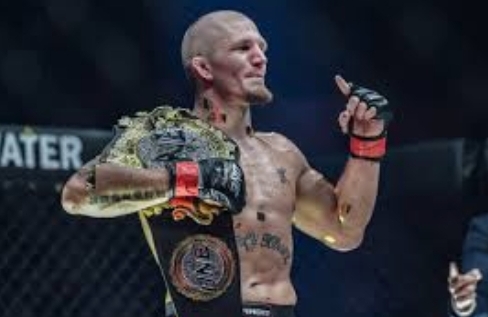 Zebaztian Kadestam will defend his ONE welterweight title against Georgiy Kichigin, at ONE: Reign Of Valor.

Sweden’s Kadestam won the title with a late stoppage of Tyler McGuire, last November at ONE: Warrior’s Dream, in Jakarta.

In his first title defence, ‘The Bandit’ will face Kazakhstan’s Georgiy Kichigin, who will be making his ONE debut.

Kichigin, who has won fifteen of his nineteen fights via submission, is on a thirteen fight win streak. In his most recent fight last month, ‘Knight’ beat former UFC fighter Rousimar Palhares, at Russian Cagefighting Championship RCC 5.

ONE: Reign Of Valor goes down in Yangon, Myanmar on March 8th.