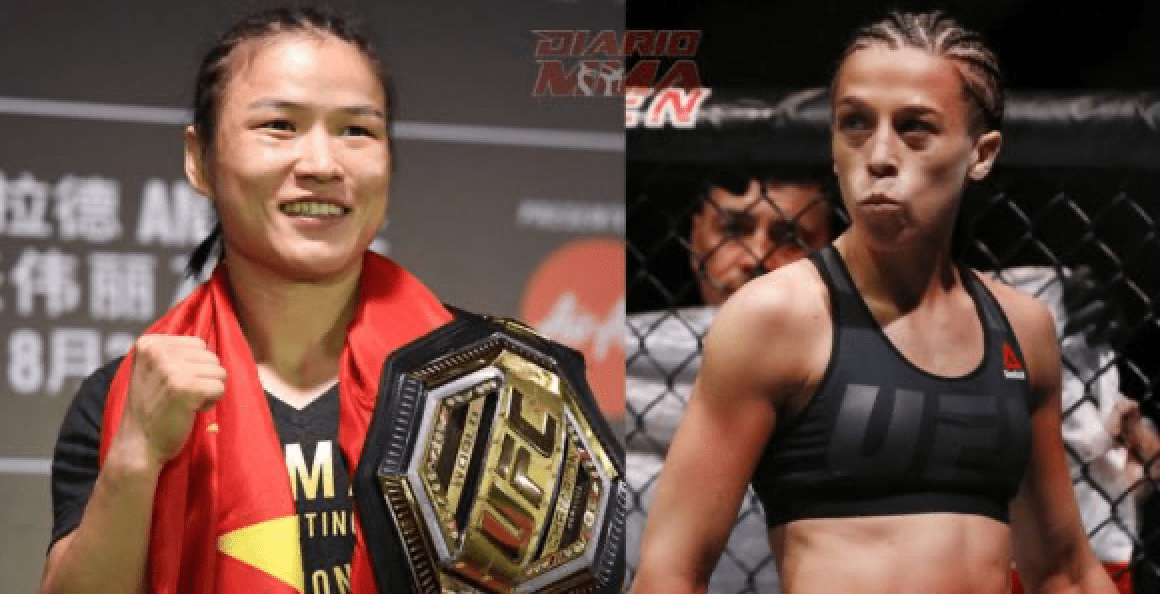 Over the last couple of weeks, early 2020 has been starting to shape up in the UFC, with some huge fights announced. Including Conor McGregor vs ‘Cowboy’ Cerrone, Jon Jones vs Dominick Reyes, Dan Hooker vs Paul Felder and Khabib Nurmagomedov vs Tony Ferguson. Now it looks like we can add Zhang Weili vs Joanna Jedrzejczyk, Jan Blachowicz vs Corey Anderson and Holly Holm vs Raquel Pennington, to the list of fights to look forward to.

Zhang vs Jedrzejczyk is in the works for UFC 247, which goes down on March 7th. Although no contracts have been signed yet, MMA Fighting has reported that both parties have agreed to the fight. It will be Zhang’s first title defence, having beaten Jessica Andrade at UFC Shenzhen to win the UFC strawweight title.

The former champion Jedrzejczyk, is coming off a win over Michelle Waterson at UFC Tampa, which earned her a shot at reclaiming her title. The two have been going back and forth in interviews and on social media recently, which resulted in UFC president Dana White announcing that “This is going to be a VERY fun fight!!!!!”

UFC 247 currently doesn’t have a location or venue yet but there is speculation that the UFC is looking to have Israel Adesanya’s first middleweight title defence against Yoel Romero on the card.

With Jan Blachowicz and Corey Anderson both jostling for the next shot at the UFC light heavyweight title, the UFC is set to let them fight for the opportunity inside the Octagon. ESPN has reported that they are set to headline UFC Rio Rancho, at The Santa Ana Star Center in New Mexico on February 15th.

The winner is almost certainly face the winner of Jon Jones and Dominick Reyes, who fight for the belt one week earlier at UFC 247. Although contracts have yet to be signed but both parties have verbally agreed to the fight.

Blachowicz is coming off a unanimous decision win over ‘Jacare’ Souza last month at UFC Sao Paulo and has won six of his last seven fights. Anderson has won his last four fights, including a first round knockout of Johnny Walker in his last outing at UFC 244.

Holm and Pennington were scheduled to fight at UFC 243 but ‘The Preacher’s Daughter’ was forced to withdraw due to hamstring tear a week ahead of the fight. The two will now try again at UFC 246, in what will be a rematch of their fight at UFC 184, which Holly won via split decision.

The former bantamweight champion Holm, is coming off a loss to Amanda Nunes at UFC 239. Prior to that, she beat Megan Anderson at UFC 225, via unanimous decision. Pennington last fought at UFC San Antonio in July, where she won a split decision over Irene Aldana.

UFC 246 goes down at the T-Mobile Arena in Las Vegas, on January 18th. The main event will see the return of Conor McGregor, as he is set to take on ‘Cowboy’ Cerrone in a welterweight clash.

Which fight are most looking forward to, Zhang Weili vs Joanna Jedrzejczyk, Jan Blachowicz vs Corey Anderson or Holly Holm vs Raquel Pennington?