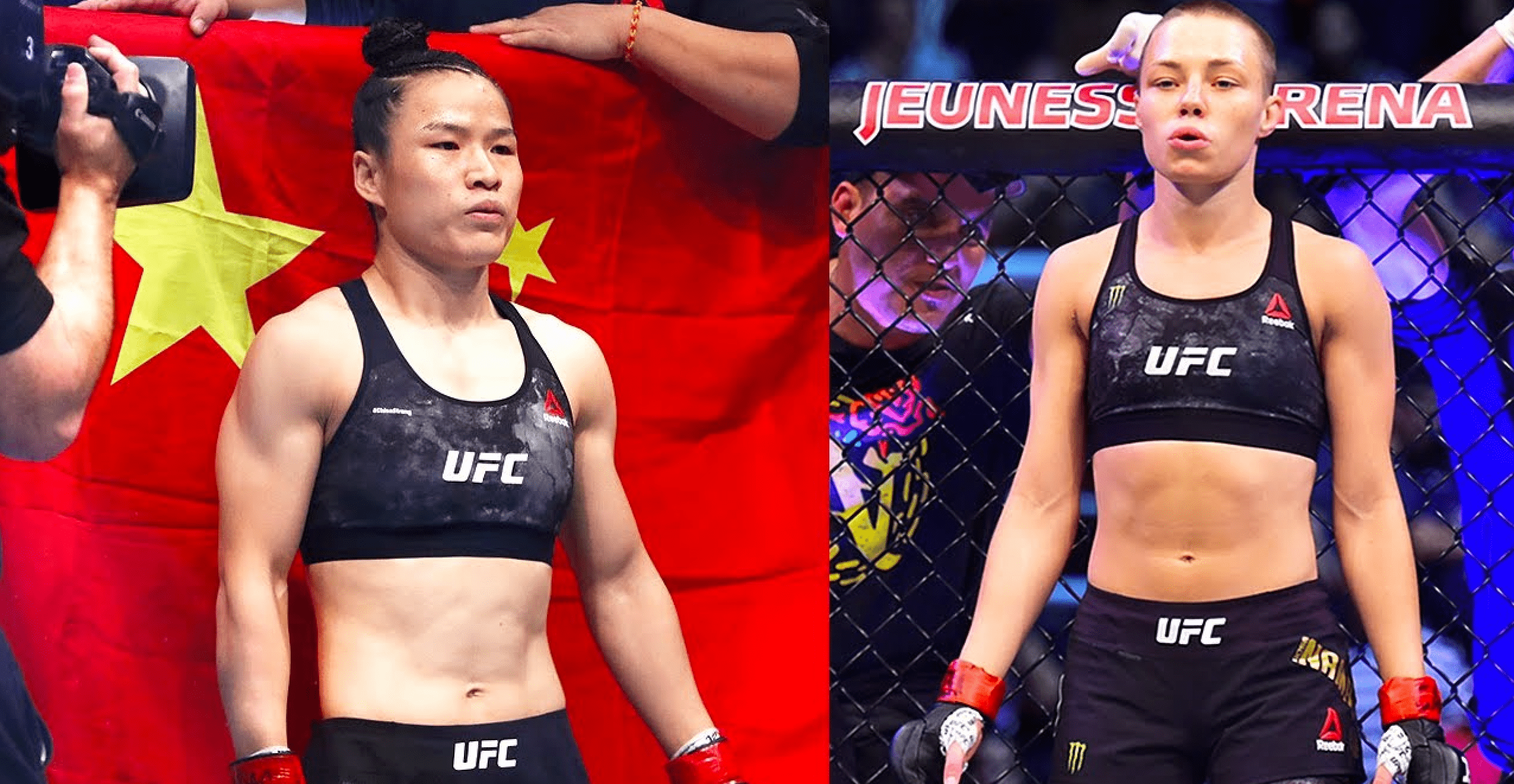 Zhang Weili hopes to become friends with Rose Namajunas after they face each other for the strawweight title at UFC 261 on April 24th.

Both women are coming into UFC 261 with split-decision wins. Zhang defeated Joanna Jedrzejczyk last March at UFC 248 to successfully defended her title, while Namajunas avenged her loss to Jessica Andrade last July at UFC 251.

Rose Namajunas Is Humble And A Great Fighter

There’s a lot of mutual respect between the two fighters ahead of their title fight. Speaking in a conference call to Chinese media (as transcribed by SCMP MMA), Zhang said that she’d like to be friends with Namajunas after their fight.

“From an exchange of blows, friendship grows,” Zhang said. “So I hope maybe we will become friends after this fight.”

Heaping praise on her opponent for her skillset and humbleness, Zhang said that she feels a connection with other martial artists.

“It’s because Rose is a humble and very great fighter,” Zhang explained. “She beat Joanna twice and won against Andrade. She is a competitor with very good ability and I have always hoped I can fight with her.

“I feel a connection to those who fight martial arts, and we build friendships through the martial arts. We learn from each other and exchange our views when we fight together.”

Although Zhang formally called out Namajunas after beating Jedrzejczyk at UFC 248, she’s been preparing to fight ‘Thug’ Rose for a very long time.

“I came to know about Rose in the early days,” Zhang said. “I have been paying attention to her during her fights. Her fist work is very fast. Her punches are also very accurate. We definitely have had specific training for that. I hope everyone can watch the live broadcast to see how I target her.”

Looking To Put On A Show

Between disagreements and miscommunication between Namajunas’ camp and the UFC, it took a while for the promotion to book the fight between the former champion and Zhang. At one point, Dana White said that the UFC was looking to book ‘Magnum’ against Carla Esparza.

But now that the two fighters have a date, Zhang is looking forward to giving her best inside the Octagon.

“Sometimes, I was told my opponent would be Rose, while sometimes I was told that it would be [Esparza],” Zhang said. “I have been waiting. Until the confirmation about Rose I didn’t know who would be my opponent. I was preparing for Esparza one day, and I had to prepare for Rose the next day. I have just been preparing for a fight.

“Now, on predicting what will happen in the fight, how should I phrase it? During the fight, anything can happen. A KO may happen. The fight may end. Perhaps, I could be beaten. But I will try my very best to fight a good fight.”

UFC 261 also features two more title fights. In the main event, Kamaru Usman defends his welterweight title in a rematch with Jorge Masvidal. While flyweight queen Valentina Shevchenko takes on a tricky challenge in Andrade in the co-main event.

Who do you think wins the highly-anticipated strawweight title fight between Zhang Weili and Rose Namajunas at UFC 261?