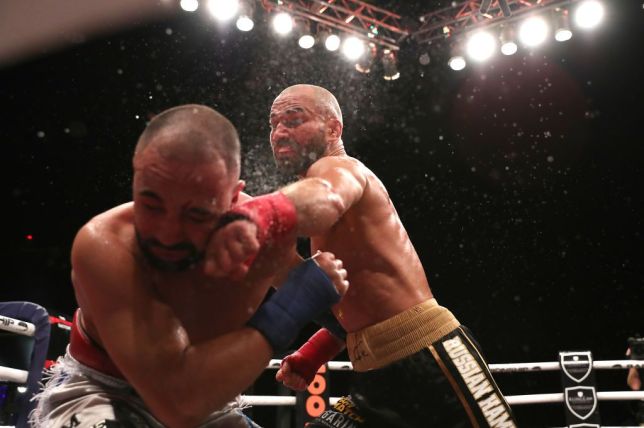 At BKFC 6, “The Russian Hammer” Artem Lobov finally put an end to the saga between himself and Paulie Malignaggi, by beating the former boxing world champion. The former UFC competitor out-pointed Paulie, and in the end, got his hand raised. His win surprised quite a few people, given the fact that Malignaggi boasted of an impressive record during his boxing career, and was also a world champion.

However, Artem wasn’t surprised with the outcome, and said that he believed he could win over Malignaggi. Lobov appeared on The MMA Hour this week, and provided his thoughts on the fight.

“To me, a fight is a fight, I just want to win it no matter what, but this one of course was a lot more personal”, Lobov told the MMA Hour on Monday (transcript via MMA Fighting). “This was an emotional build-up and a win was a must here. So it was a very important win. It was definitely not my favorite performance, definitely not my best performance or most exciting fighting but it was a must win.

“I couldn’t have lost here. No way and I didn’t and I brought the win home and that’s the only thing that matters now.”

The animosity between Lobov and Malignaggi stemmed from the time when Paulie helped Conor McGregor train for his boxing match with Floyd Mayweather Jr. Artem revealed that he talked to Conor after the fight.

“I spoke to Conor, he said that was a good performance. I dominated the fight. I pressed the action all the time and he said it was a very good performance and a great win for me.”

After the fight, Paulie Malignaggi revealed that he would retire for good, putting an end to one of the more heated rivalries in the recent past. However, for Artem Lobov, the bad blood was settled once he and Malignaggi exchanged fists inside the ring.

“When you fight someone, it’s different. It’s a lot of conflict that you can have. Once you fought somebody, that’s it”, Lobov said. “There’s not much to it anymore. You went in there, you settled it like men, one on one, and that’s it.

“After that, I don’t think there’s really a point to kind of carry it with you, any of that negativity. You just go on with your life, be positive, and just enjoy your life and be a happy person. That’s how it is for me.”