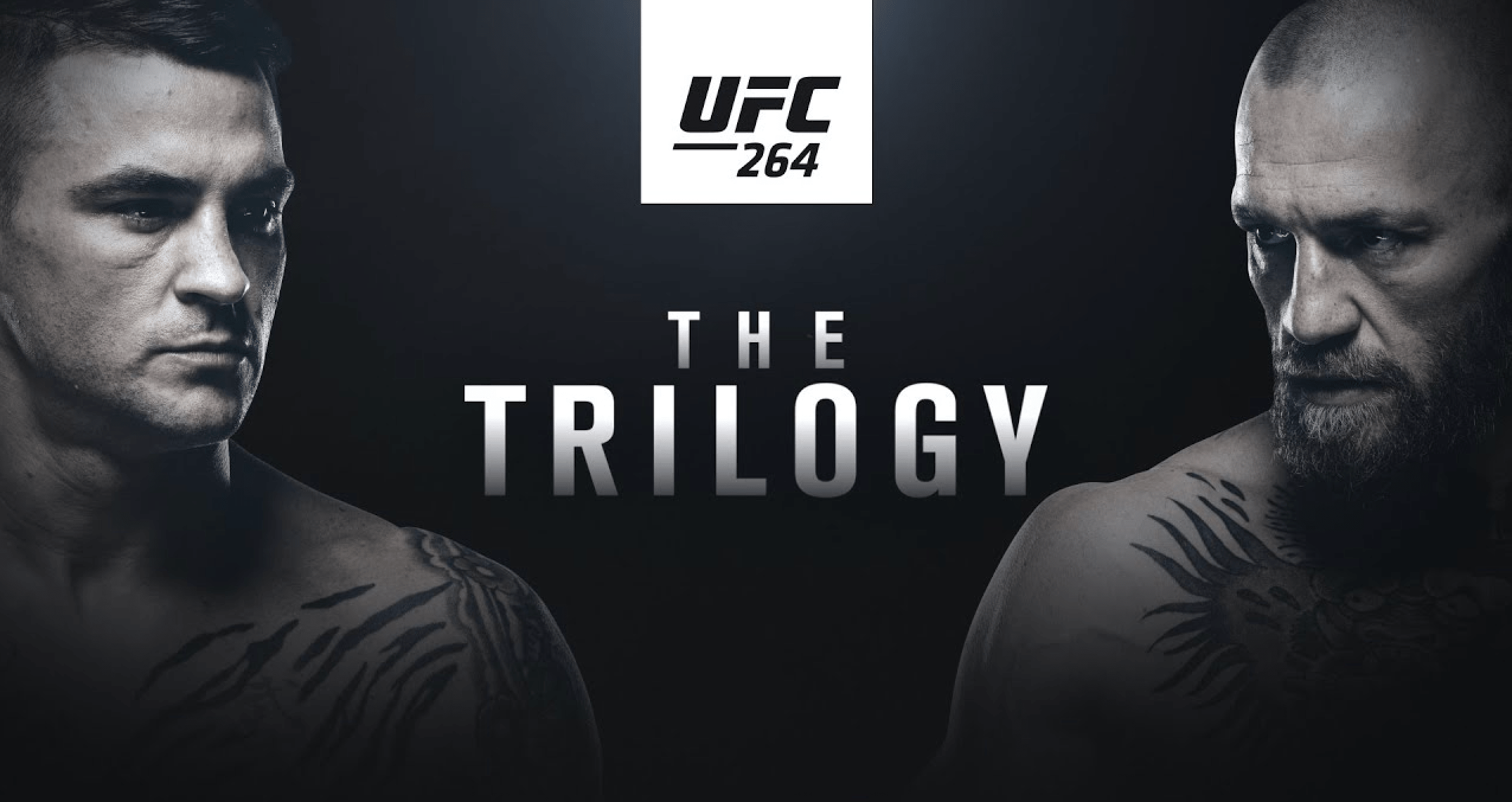 UFC 264 goes down at the T-Mobile Arena in Las Vegas, Nevada on July 10th. The pay-per-view card will see fans back in attendance in ‘Sin City’ for the first time since before the pandemic at UFC 248 in March of 2020. In the main event, Dustin Poirier and Conor McGregor meet in a highly anticipated trilogy fight.

Having been knocked out in under two minutes in their first meeting back in 2014 at UFC 178, Poirier emphatically avenged the loss by finishing McGregor in January at UFC 257. Now tied at one win apiece in their head-to-head, only one man will leave the Octagon with all the bragging rights on July 10th.

In the UFC 264 co-main event, Stephen Thompson and Gilbert Burns face off in a pivotal top five welterweight clash. ‘Wonderboy’ is coming off back-to-back impressive wins over Vicente Luque and Geoff Neal. While ‘Durinho’ will be looking to bounce back from his third round TKO loss to the champion Kamaru Usman at UFC 258, which ended his six fight win streak.

Elsewhere on the main card, Tai Tuivasa takes on Greg Hardy in a fun heavyweight matchup, Irene Aldana faces Yana Kunitskaya in a top five bantamweight contest, and Sean O’Malley returns against Kris Mountinho, who steps in on short notice to replace Louis Smolka, who had to withdraw after getting an infection.

As we get closer to fight night, we will add the best UFC 264 pre-fight videos to this page. Including the official promos, the face offs, the ceremonial weigh-ins, the Embedded Series, and the Countdown Show.

And we will kick things off with the first official promo.

Who do you think wins the trilogy at UFC 264, Dustin Poirier or Conor McGregor?