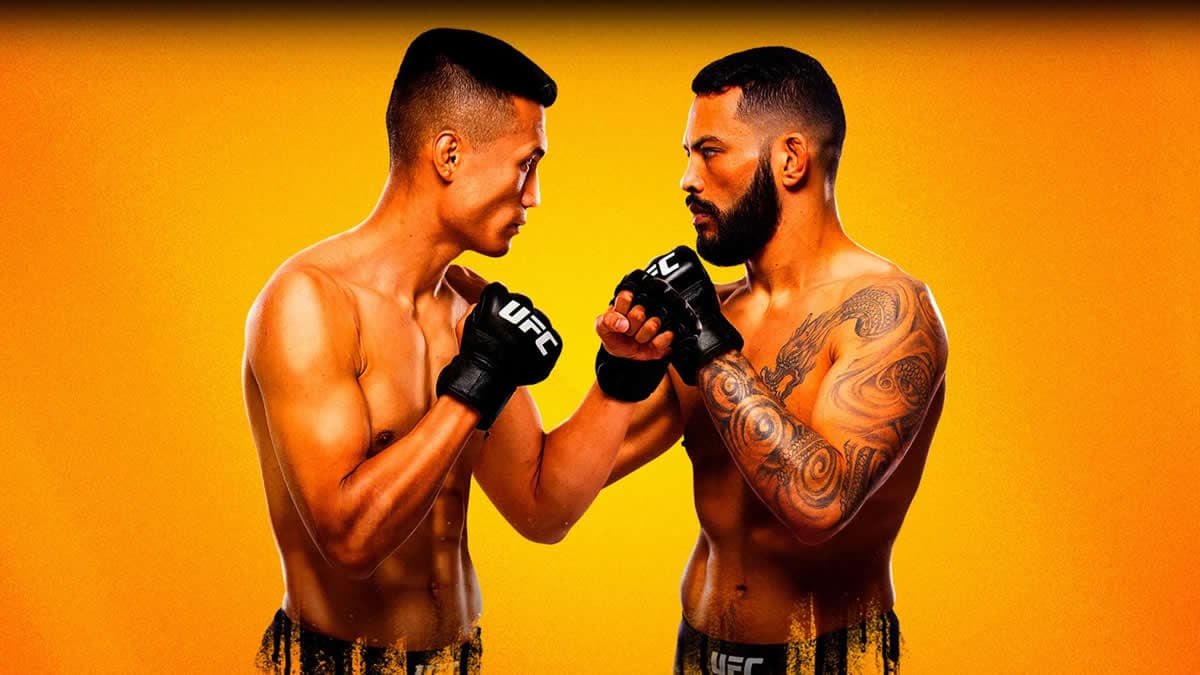 UFC Vegas 29 goes down on Saturday night at the APEX Center. In the main event, ‘The Korean Zombie’ (Jung Chan Sung) takes on Dan Ige in an exciting top ten featherweight contest.

‘The Korean Zombie’ will be looking to get back to winning ways having lost a largely one-sided unanimous decision to Brian Ortega at UFC Fight Island 6, in what was a title eliminator. Ige has won seven of his last eight fights. In his last outing, he recovered from his unanimous decision loss to Calvin Kattar by knocking out Gavin Tucker in the first round at UFC Vegas 21.

In the UFC Vegas 29 co-main event, Aleksei Oleinik competes in his 76th professional MMA bout, where he face Serghei Spivac in a heavyweight clash. The 43 year old Russian is coming off back-to-back TKO losses to Derrick Lewis and Chris Daukaus. The 26 year old Moldovan-Ukrainian on the other hand, is coming off back-to-back wins against Carlos Felipe and Jared Vanderaa.

Elsewhere on the main card, Marlon Vera and Davey Grant face off in a fun bantamweight rematch, and Matt Brown returns against Dhiego Lima.

We will add more videos in the hours and days following the main card.

This Is How The MMA World Reacted To UFC Vegas 29:

The UFC returns next weekend with UFC Vegas 30, which will feature a top five heavyweight clash between Ciryl Gane and Alexander Volkov in the main event.