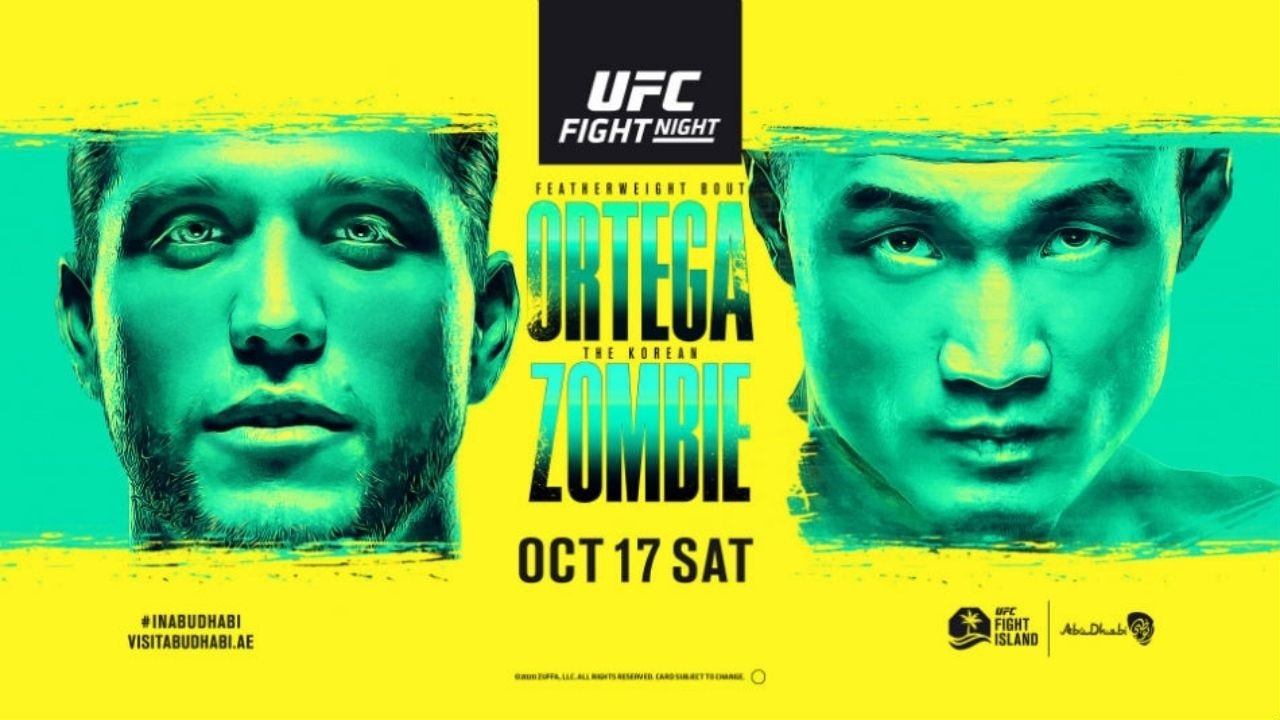 UFC Fight Island 6 goes down this weekend on Yas Island in Abu Dhabi. The main event will see the eagerly anticipated featherweight contest between Brian Ortega and ‘The Korean Zombie’ (Chan Sung Jung). Earlier this week, UFC president Dana White confirmed that the winner of the top five 145lbs clash will challenge Alex Volkanovski for the title next.

‘The Korean Zombie’ is coming off a huge first round knockout over Frankie Edgar last December in front of his home fans at UFC Busan. The 33 year old hasn’t gone the distance since 2009. Ortega hasn’t fought in almost two years, since losing his title fight against the then champion Max Holloway, at UFC 231. The loss was the first of ‘T-City’s’ professional career.

In the UFC Fight Island 6 co-main event, Jessica Andrade is set to make her flyweight debut against Katlyn Chookagian. The Brazilian will be looking to get back to winning ways after losing the strawweight title to Zhang Weili last year, and then losing to Rose Namajunas earlier this year at UFC 251. While ‘Blonde Fighter’ is coming off a win over Antonina Shevchenko at UFC Vegas.

This is how the MMA world reacted to UFC Fight Island 6:

The UFC returns next week with UFC 254, where Khabib Nurmagomedov and Justin Gaethje will fight for the undisputed lightweight title in the main event.