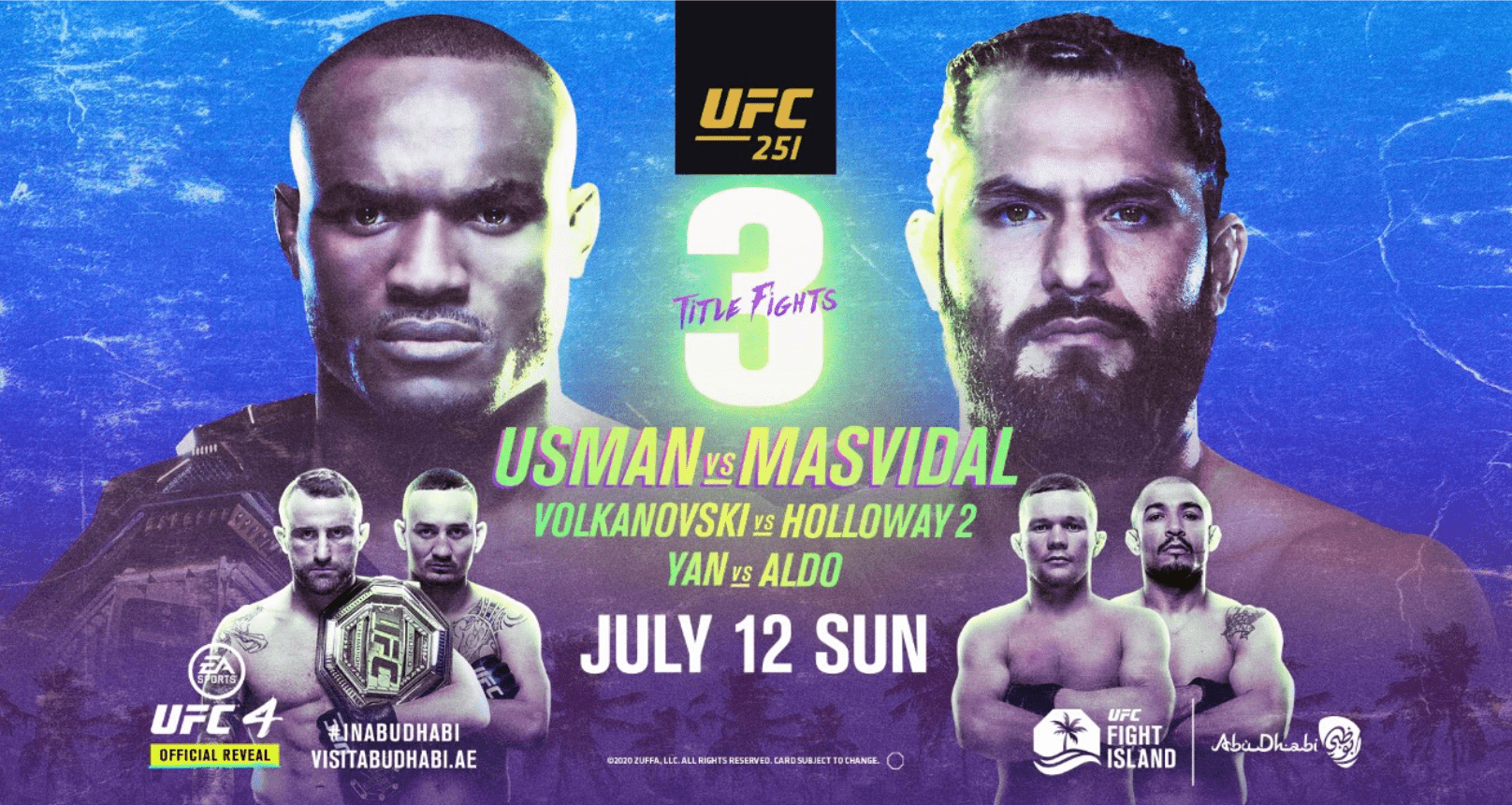 UFC 251 goes down on Saturday night on Fight Island, situated on Yas Island in Abu Dhabi. The historic first card on Fight Island will feature three title fights. In the main event, Jorge Masvidal steps in on one week’s notice to challenge Kamaru Usman for the welterweight title, after Gilbert Burns was removed from the card as a result of testing positive for the coronavirus.

In the UFC 251 co-main event, Alex Volkanovski will make his first title defence of his featherweight title, against the man he won the title from, Max Holloway. The Australian beat ‘Blessed’ via unanimous decision in their first encounter at the end of 2019 at UFC 245.

The third title fight on the card will see Petr Yan and Jose Aldo compete for the vacant bantamweight title. The Russian is on a nine fight winning streak and remains unbeaten inside the Octagon. While the Brazilian former featherweight champion is coming off a razor close split decision loss to Marlon Moraes at UFC 245.

Elsewhere on the UFC 251 main card, former champions rematch in the strawweight division, with Rose Namajunas and Jessica Andrade fighting for the chance to challenge the current champion, Zhang Weili; and Paige VanZant takes on Amanda Ribas in a flyweight contest.

Ahead of UFC 251, all but two of the fighters on the card made weight.

And this is how the MMA world reacted to UFC 251: