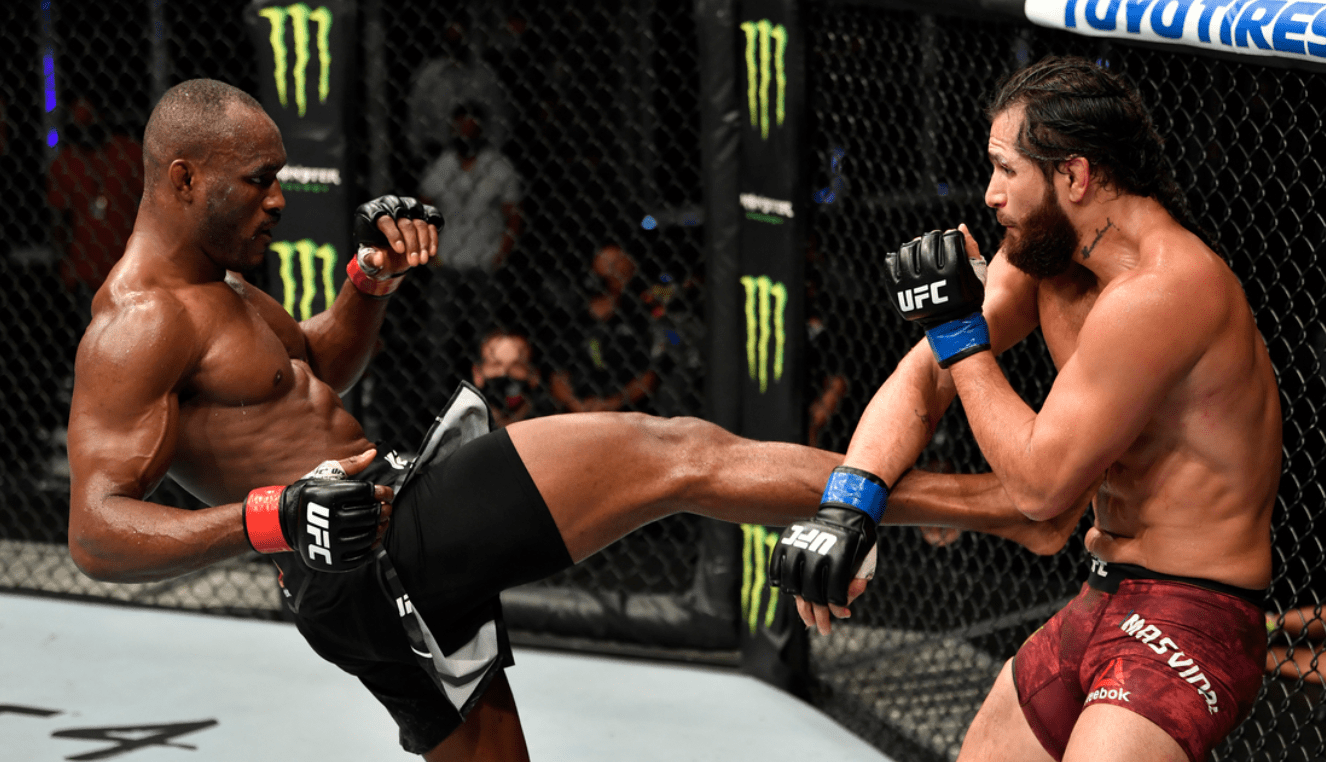 UFC 251 went down this weekend on Fight Island, situated on Yas Island, Abu Dhabi. In the main event, Kamaru Usman defended his welterweight title by beating Jorge Masvidal via unanimous decision. ‘Gamebred’ had stepped in and replaced Gilbert Burns on one week’s notice, after the Brazilian was removed from the card as a result of testing positive for the COVID-19.

Alex Volkanovski defended his featherweight title in the UFC 251 co-main event. Having won the title from Max Holloway seven months ago at UFC 245, the Australian once again beat the Hawaiian via a decision. Albeit a much closer split decision this time.

In the third title fight on the stacked UFC 251 card, Petr Yan scored a fifth round TKO win over the former featherweight champion Jose Aldo, to win the vacant bantamweight title. The Tiger Muay Thai trained Russian finished the fight with some brutal ground and pound.

Ahead of the three title fights, two former champions went head-to-head in the women’s strawweight division. Having lost the title to Jessica Andrade last year at UFC 237, Rose Namajunas avenged the loss and almost certainly earned herself a shot at the current champion, Zhang Weili.

You can see the full results from UFC 251 here and the Performance of the Night bonus winners here.

Below we’ve put together the best post fight videos from Fight Island, including the post fight press conference and post fight interviews. We’ve also added the UFC 251 medical suspensions below (via MMA Fighting).

Kamaru Usman: suspended 180 days or until cleared by nasal X-ray, 21 days no contact.

Volkan Oezdemir: suspended 60 days due to KO, 45 days no contact.

Maxim Grishin: suspended 180 days or until cleared by nasal X-ray, 21 days no contact

Martin Day: suspended 60 days due to KO, 45 days no contact.

UFC Fight Island 1 goes down this Wednesday night and will be headlined by an exciting featherweight clash between Calvin Kattar and Dan Ige.