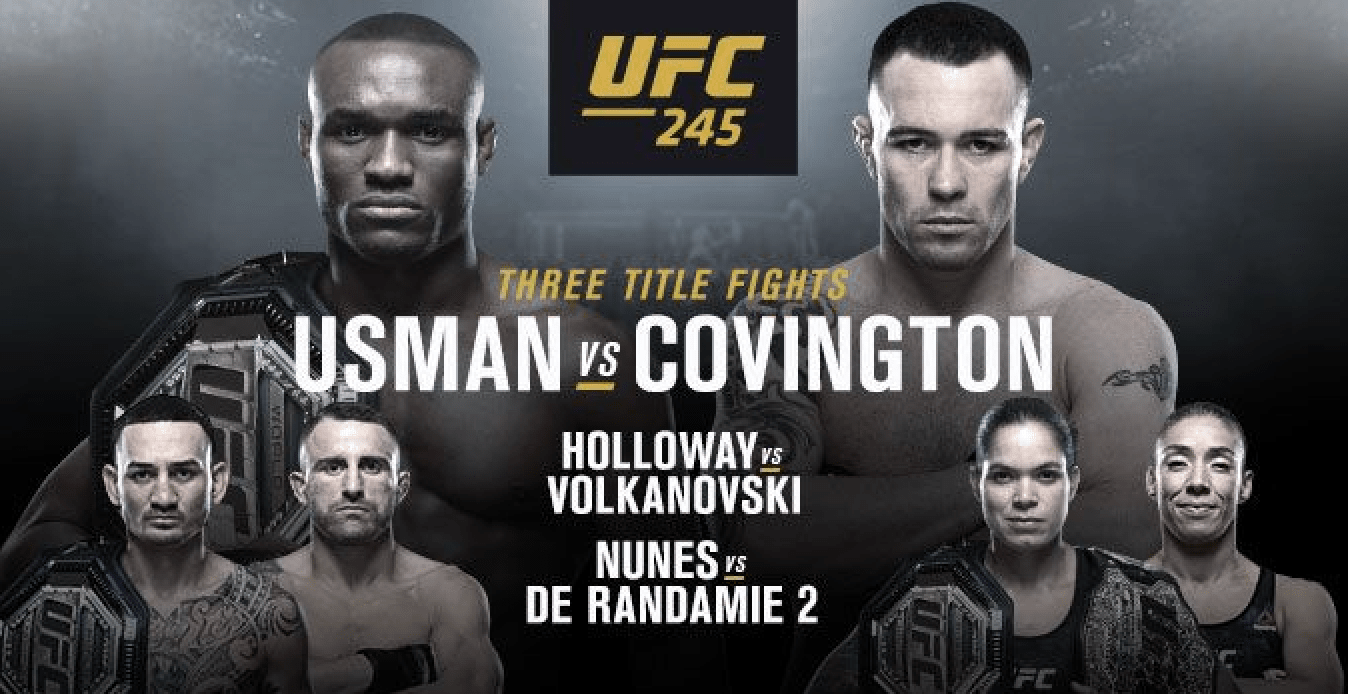 UFC 245 goes down on Saturday night at the T-Mobile Arena in Las Vegas, Nevada. And the UFC saved the best till last in 2019, with their last pay-per-view card being without question their most stacked card of the year.

In the UFC 245 main event, Colby covington challenges Kamaru Usman for the welterweight title. While in the co-main event, the highly confident Alex Volkanovski challenges the UFC featherweight king Max Holloway, for his title. And in the third title fight on the card, Germaine de Randamie challenges Amanda Nunes for the women’s GOAT’s bantamweight title.

Ahead of the night, we put together all of the best UFC 245 pre-fight videos on one page. Including the all the Embedded episodes, the ceremonial weigh-ins, face offs and more. You can check them out here.