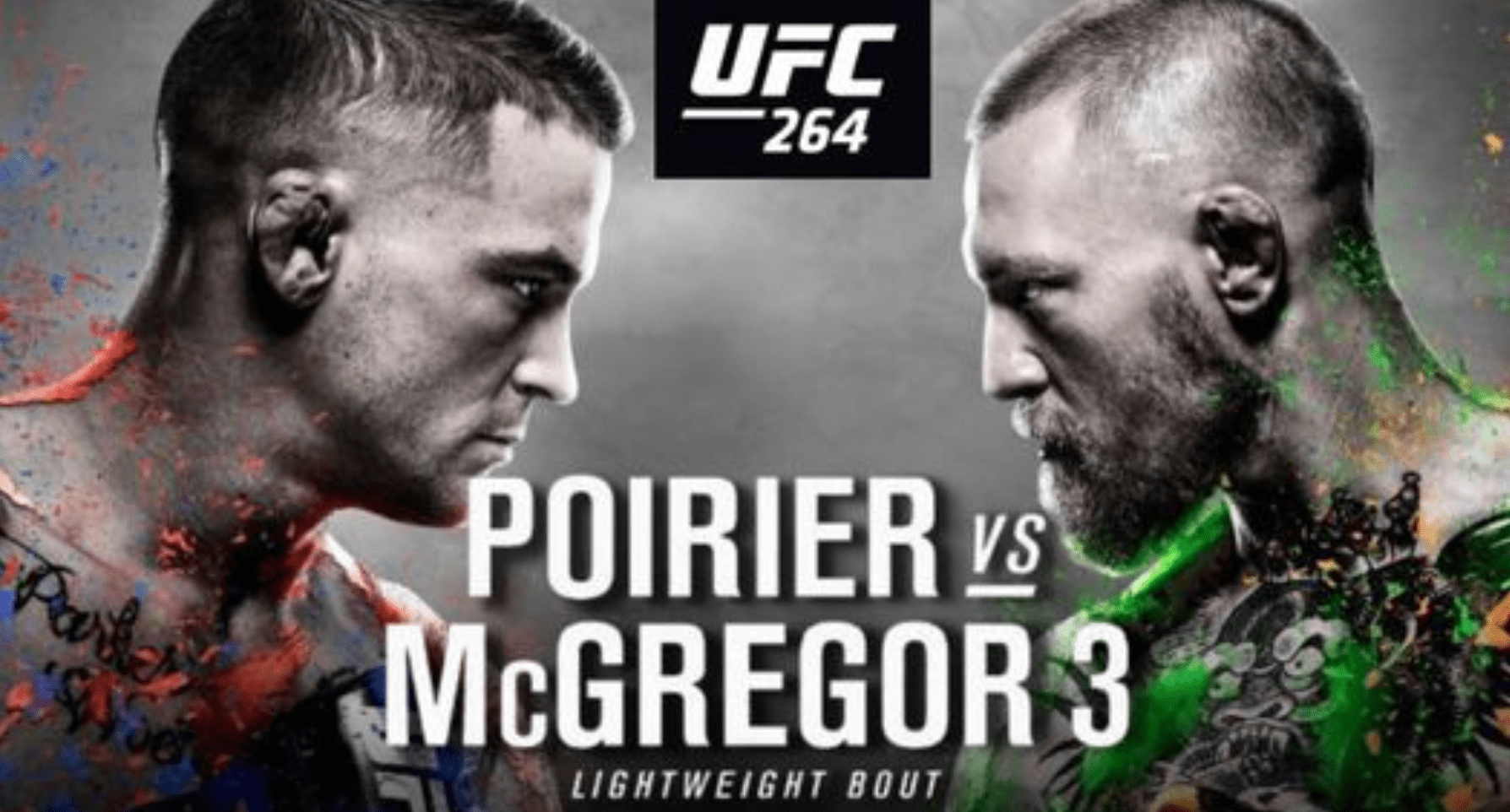 UFC 264 goes down on Saturday night at the sold out T-Mobile Arena in Las Vegas. The promotion’s first event back in Sin City with fans back in attendance, will see the huge trilogy between Dustin Poirier and Conor McGregor in the main event.

After McGregor needed less than two minutes to finish Poirier when they first met at UFC 178 in 2014, the 32 year old Louisiana native levelled the rivalry when he scored a second round TKO finish in the rematch this past January at UFC 257.

In the co-main event, Gilbert Burns and Stephen Thompson face off in a pivotal top five welterweight showdown. ‘Durinho’ is coming off a heartbreaking TKO loss to Kamaru Usman at UFC 258 when challenging for the title. ‘Wonderboy’ on the other hand, is on a two fight win streak, having scored impressive wins over Vicente Luque and Geoff Neal.

Elsewhere on the UFC 264 main card, Tai Tuivasa and Greg Hardy square off in a fun heavyweight contest, Irene Aldana takes on Yana Kunitskaya in a top five bantamweight clash, and Sean O’Malley welcomes Kris Moutinho to the promotion after his original opponent Louis Smolka was forced out due to an infection.

Hu Yaozong vs. Alen Amedovski – Cancelled after someone tested positive for COVID in Amedovski’s team

This Is How The MMA World Reacted To UFC 264:

The UFC returns next weekend with UFC Vegas 31, which will feature a top 15 lightweight matchup between Islam Makhachev and Thiago Moises in the main event.