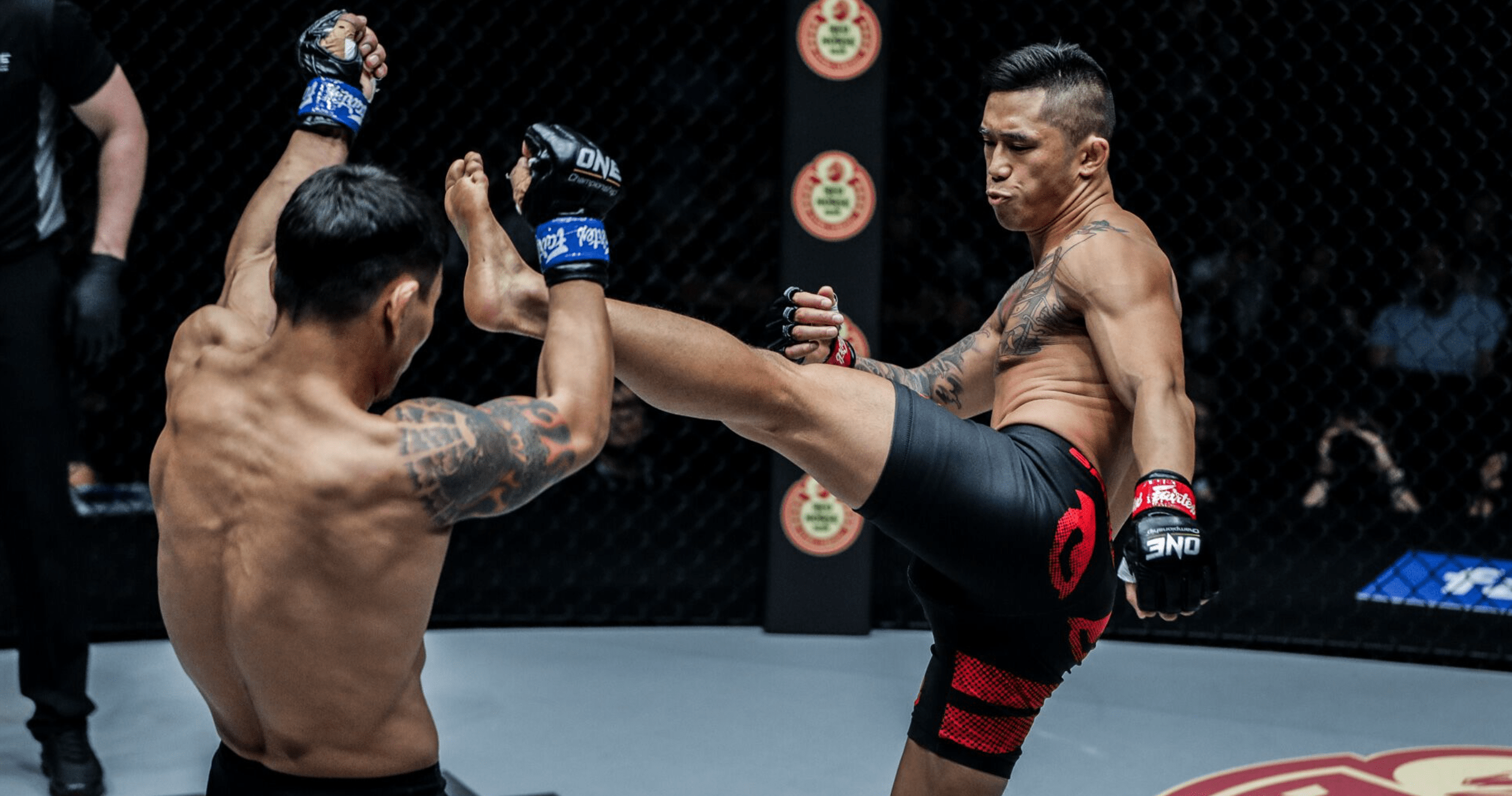 Martin Nguyen is currently in his home city of Sidney, Australia, having returned in March, after spending almost seven weeks in Florida, training along side ONE two-division champion Aung La Nsang at Sanford MMA. While back at home, the ONE featherweight champion helped UFC featherweight champion Alex Volkanovski prepare for his title defence against Max Holloway this weekend at UFC 251.

Speaking to Asian Persuasion MMA, Nguyen opened up on how he almost stuck in Florida due to the coronavirus pandemic.

“Day by day I wasn’t even fussing about it,” he said. “I was like, Florida, everyone walking around like it’s spring break at the time. Everybody was walking around hitting the beaches and the news, everyday we’re coming from training we watch the news, I think CNN, it was something new everyday and the president was on TV every day.

“And I was like ‘man this is, I think this is getting serious’, and then I was like ‘Yo I might check my flight’. And luckily I did check it at that time, because I would have waited up until the time I had the flight and check if it’s cancelled, because everything was cancelled. Even flying home, I had two cancellations, and the whole flight was like fifty-something hours just to get to Australia, but it is what it is.”

Nguyen was last seen inside the ONE Circle at ONE: Dawn of Heroes almost one year ago, when he successfully defended his title last time against Koyomi Matsushima.

The 31-year-old was then scheduled to defend his title against Christian Lee in November, but this was cancelled after ‘The Warrior’ stepped in on late notice to fight Saygid ‘Dagi’ Arslanaliev in the ONE Lightweight World Grand Prix final at ONE: Century, after Eddie Alvarez got injured. Nguyen was then booked to face Thanh Le in Malaysia in April, but this was postponed because of the global coronavirus pandemic.

“It literally is completely out of my control,” Nguyen said. “The best thing I can do in this whole situation is try and get better and better every day. Everyday learning something new, we were training hard every day even though my fight was on the line, of happening or not. We were still training as if we had fights, we had privates and we still did everything right up until the last minute when I had to leave. And that’s not to say like when I came back here I did nothing. I still did the same thing when I was on quarantine I was doing my own thing, making sure that I was always on point.

“Even to this day we’re gathered up in group now, we’re allowed to actually train as a group,” he continued. “And we’re practicing everything that I’ve learned over there and it’s just becoming repetitive movements, and I’m getting better at things that I never thought I would ever get better at. I’m getting comfortable with everything, and everything we’re doing at the moment is right.”

Once back in Sidney, Nguyen got to be a part of Volkanovski’s training camp for Holloway this weekend. And the ‘Situ-Asian’ was honoured to be part of the team.

“I was honoured to be part of Alex Volkanovski’s training camp, so that was a bit of a training camp for me too… I’m sure there is video footage on his end, there was people recording, but obviously for training purposes. At the end of the day it was, as I said man it was an honour.

“Training with Alex, he obviously proved that he’s the best in the world. And for someone like me to be a part of his camp, even though it was all about him and nothing about me, it was good to witness what the champion could do and compare it to myself. There wasn’t that much of a difference, but there is, I’m honoured at the end of the day.”

Asked for his prediction, Nguyen backed his man to win the rematch against the Hawaiian.

“I see it going exactly the same way you know, having the first fight,” he said. “Max is going to try and put on the pressure, Alex is going to match it, If not beat it two times more. Alex says he’s going to knock this guy out. And I can see it happening to an extent, but I personally think this fight is going to be a dogfight, it’s gonna go to a decision, and obviously it’s gonna go Alex’s way.”

Volkanovski won their first encounter via unanimous decision, and although Holloway feels that he won the fight, Nguyen believes the judges got it right.

“The first fight was a whitewash man, 50-45, the judges got it right. Max thought he won, I don’t know how. Maybe he realised after fight he’s lucky enough to get this rematch. It is what it is, I can’t say anything more than that, I’ve just seen Alex winning all five rounds, and I still see the same thing this coming-up fight.”

As far as his own future matches go, still has his focus on the number three contender in the ONE featherweight division, Thanh Le.

“That’s still the fight that I want, so let’s see what happens…I want to fight as soon as possible,” he said. “I feel like it’s been a long time coming, almost a year, so let’s see what happens. Obviously I want to try and pump it out as much as possible, but it’s all border control at the moment. So government controlled. The moment they allow Australian’s and the US people to fly or whatever, you know that bout is going to happen, myself and Thanh, so it’s just a matter of time.”

How excited are you to see Martin Nguyen return to the ONE Circle to defend his title?