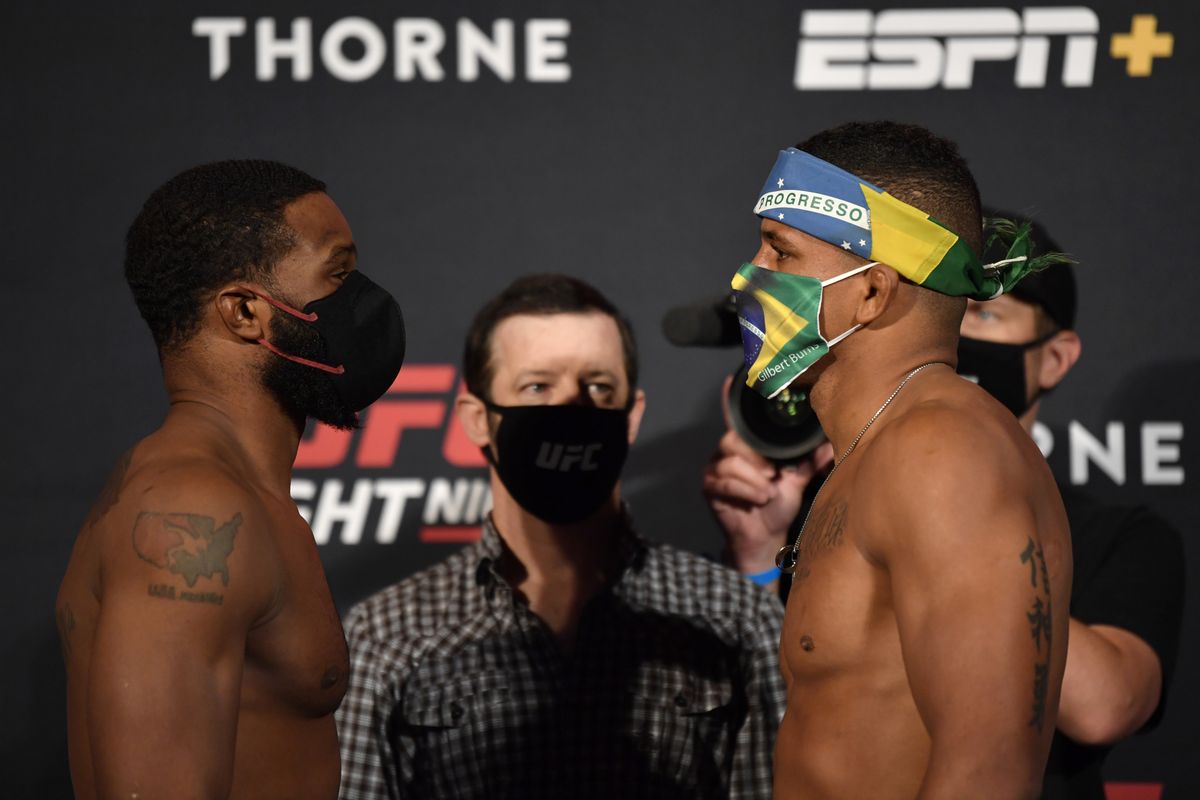 UFC Vegas goes down on Saturday night at the UFC APEX in Las Vegas, Nevada. Having had last weekend off, after returning with three events in eight days in Jacksonville, Florida, the UFC is back with two shows in a week in the City of Sin. Ahead of next weekend’s UFC 250, Tyron Woodley and Gilbert Burns will headline tonight’s card.

Woodley hasn’t compete in just over a year, since losing the welterweight title to Kamaru Usman in a one sided main event at UFC 235. In contrast, Burns has stepped foot inside the Octagon four times since, winning all four. Most recently, an impressive first round TKO over UFC veteran Demian Maia, at UFC Brasilia back in March.

In the UFC Vegas co-main event, Blagoy Ivanov takes on Augusto Sakai in a top 15 heavyweight clash. The 33 year old Bulgarian will be looking to get back to winning ways, having lost a split decision to Derrick Lewis last November at UFC 244. While the 29 year old is on a five fight win streak, having not lost since 2017, when he was on the wrong end of a split decision against Cheick Kongo at Bellator 179. The Brazilian is 3-0 inside the Octagon, having beaten Chase Sherman, Andrei Arlovski and Marcin Tybura.

Ahead of UFC Vegas, everyone made weight. With the exception of Brok Weaver, who missed the lightweight limit by 1.5lbs ahead of his clash with Roosevelt Roberts. In doing so, he lost 20% of his purse to his opponent.