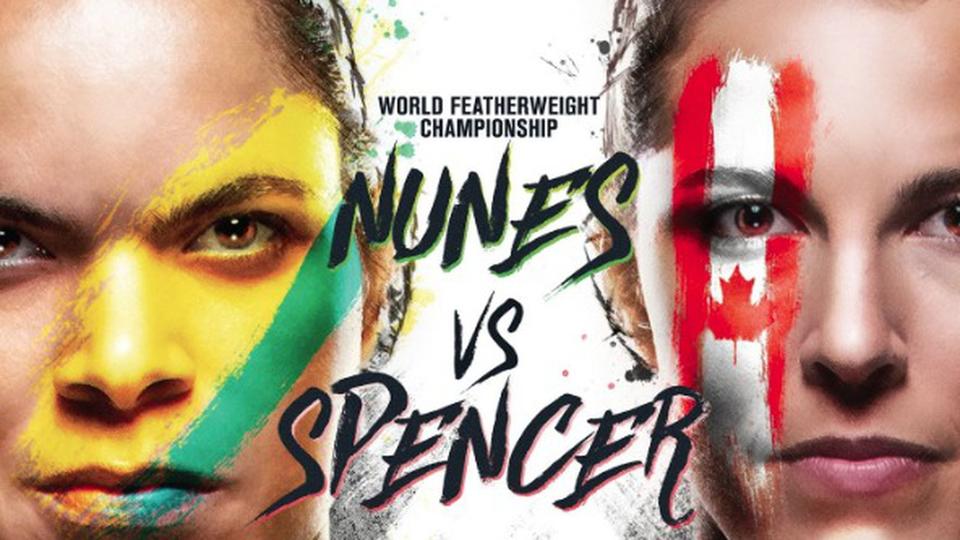 UFC 250 is set to go down on June 6th at the UFC APEX, in Las Vegas, Nevada. After a two month hiatus forced upon the UFC as a result of the global coronavirus pandemic, the promotion returned with UFC 249 on May 9th. The stacked card went down in Jacksonville, Florida and was followed with two more cards in the ‘Sunny State’ in the following eight days. The UFC now returns home to Las Vegas, where Amanda Nunes and Felicia Spencer will face off in the main event.

The two were originally set to meet each other at UFC 249 but Nunes withdrew due to an ankle injury. It will be the 31 year old Brazilian’s first featherweight title defence, having beaten Cris Cyborg at UFC 232, to win her second belt. ‘The Lioness’ has since defended her bantamweight title twice, defeating former champions Holly Holm and Germaine de Randamie.

Although Spencer lost to Cyborg last summer at UFC 240 via unanimous decision, she bounced back by scoring an impressive first round TKO win over Zarah Fairn Dos Santos earlier this year at UFC Norfolk.

In the UFC 250 co-main event, Raphael Assuncao will face Cody Garbrandt in an exciting top ten bantamweight contest. There are also two more exciting 135lbs clashes on the main card, Aljamain Sterling and Cory Sandhagen will fight for the number one contender spot, and Sean O’Malley will take on Eddie Wineland. And completing the main card, Neil Magny and Anthony Rocco Martin will clash in the welterweight division.

As we get closer to UFC 250, we will add the very best pre-fight videos to this page. Including the official promos, the face offs and the Embedded Series. We will also add the official weigh-in results below.


Full weigh-in results ahead of UFC 250: