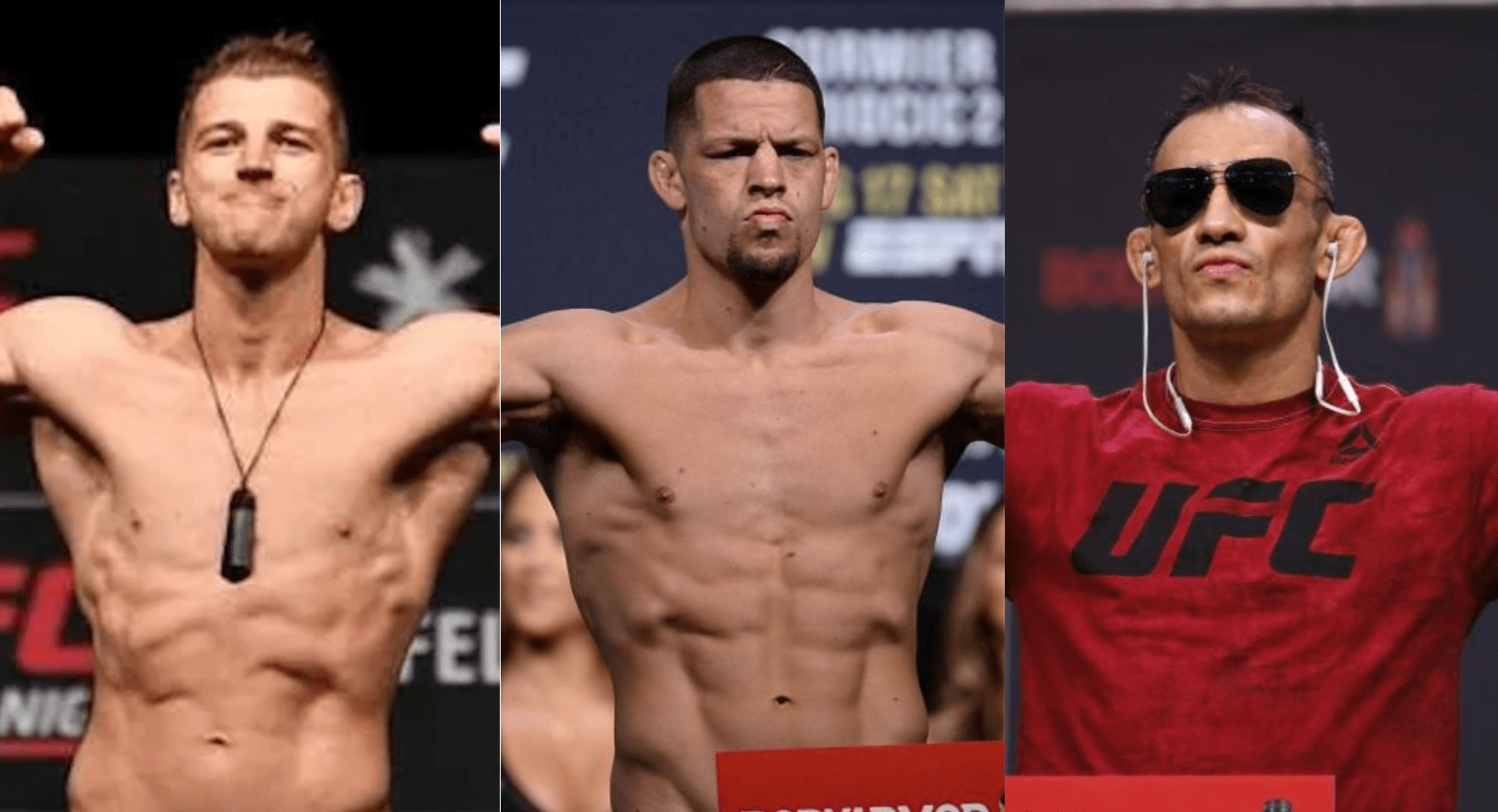 Top ten UFC lightweight Dan Hooker has named two athletes he’d like to fight when he plans to return to the Octagon in September: Nate Diaz and Tony Ferguson.

Hooker hasn’t competed since his TKO loss to Michael Chandler at UFC 257. He wanted to compete alongside his City Kickboxing teammates Israel Adesanya and Brad Riddell this past weekend at UFC 263, but the UFC couldn’t find him a suitable opponent.

‘The Hangman’ is now looking to return on September 25th at UFC 266, where another one of his teammates, Alexander Volkanovski, will defend his featherweight title against Brian Ortega.

Speaking to MMA Junkie, Dan Hooker called out Nate Diaz for a showdown in September, but said that he won’t sit around and wait for him.

“Definitely, that fight has my interest,” Hooker said. “I had just seen the video of him saying he wants to get back in there in three or four months, and if you want to fight put your hand up, and that’s something I’m quite well known for – is putting my hands up for fights and taking opportunities and not staying silent in moments like that. I’m not afraid to ask for things that I want. I just see a good fight. I just feel I’ll bring the kind of fight that would do a Diaz brother justice, and it works in the timeline.

“He said three or four months – that September card, Volkanovski’s card. That’s three or four months. But that’s my date. My date is set for that. If he wants it, he wants it. We can get it done and we can get in there whatever weight class. But I’m not going to hang around and wait and hold my breath. That’s my date. I’ve got my date set. If he wants it, he wants it. If he doesn’t want it, I’m just going to chew my way down the list until I can get a name that says yes.”

If the Diaz fight doesn’t happen, Hooker said that he would love a slugfest with Tony Ferguson, who’s looking to bounce back from three consecutive defeats.

“That’s just a fight that gets me excited, and that’s what the fans want to see,” Hooker said. “They want to see you in fights that you’re excited to be in. That Tony Ferguson-Dan Hooker fight, I feel like that’s a bloodbath. I feel like that’s an absolute war, and that’s a fight that definitely gets me up and gets me excited – so it’s on my list.”

How does Dan Hooker get on against Nate Diaz and Tony Ferguson?